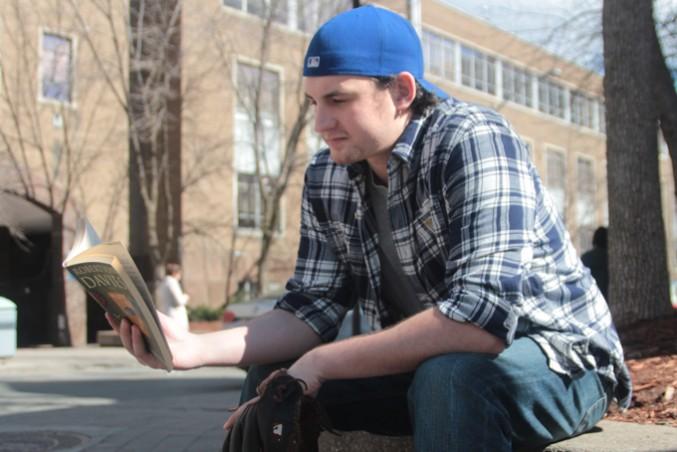 Baseball is full of clichés about its players.

“He’s got a good baseball head,” one coach might say. “He’s a workhorse,” says a broadcaster. “You know, he just goes out and does his job. He leads by example.”

He’s a star prospect, or a flamethrower. A soft-tossing lefty or the ace of a squad. The list is so long it could make you sick — although it might be the ballpark hot dog you just inhaled.

Phrases like these are used time and time again to describe players, and yet they all forget one critical point: they’re people.

Caleb King is a 23-year-old business technology management student at Ryerson. He’s a loving uncle, a treasured son and a young man on his way to a successful career in business analytics.

And in 2011, he was also one of the most sought-after Canadian high school baseball prospects. By the time King was in his final year at Scarborough’s Birchmount Park Collegiate Institute, he’d compiled one of the strongest stat lines on the team and a dominating win/loss record. He’d managed a grade average of 80 per cent in Canada and scored 1780 on the American SATs.

He’d received scholarship offers from two American colleges and had his mind set on making his way to a major league baseball team after school.

“Of course, everyone thinks they’ve got a shot at the pros when they’re that age,” says King with a sheepish smile. He’s sitting at a small, circular table inside the Mattamy Athletic Centre at Ryerson. At six-foot-five and more than two-hundred pounds, he makes the table look more like a very large steering wheel.

“Of course, everyone thinks they’ve got a shot at the pros when they’re that age,”

However, King and his family decided on the University of British Columbia, arguably Canada’s premiere university baseball school, over a U.S. path, citing education as the priority in his mind. But after blowing out his elbow the summer before his freshman year, the arrangement was for naught.

“I lost a couple miles-per-hour off my fastball and I went out there and was playing with Team Canada guys, some really good baseball players,” he says. “I just couldn’t compete at the same level. It was a very humbling experience.”

After struggling through much of the year, King was ultimately cut loose by the Thunderbirds.

King had essentially flown across the country to perform in Canada’s premiere baseball school — and it had completely gone south.

“It would be tough for any baseball player, mentally or physically,” says King’s current baseball coach at Ryerson, Ben Rich.

But instead of giving up entirely, King opted to take a step back and re-evaluate his direction. “I decided to take a year off school to figure out what I wanted to do with my life outside of baseball, because I really had no idea,” he says.

“He’s always been a quiet leader. He had physical presence because of his size, but his teammates [on King’s minor baseball teams] respected him,” says Marty. “He wasn’t a rah-rah guy. He led by example.”

But it was King’s pre-Ryerson friendships that put him on the road to his new school.

“Some very strong bonds formed [on King’s recreational teams] and in his elementary school and he’s still friends with some of them today,” says Marty. “Friendship’s very important to him.

In 2012, it was through a friend from King’s time in high school that he managed to find himself a position at the University of Toronto (U of T).

“[She] got me an interview for what was originally just a month long gig,” says King. “But they were happy with the work I did, so they kept bringing me back on new contracts.”

He spent the summer working at the school’s I.T department as a quality and data analyst, sparking his interest in business technology and data.

“Yeah, I’m not really sure where that interest came from, but he’s really enjoyed it,” says King’s father with a laugh.

From there King applied to Ryerson’s business technology management program, beginning in 2013, maintaining respectable grades while working at U of T and playing in Rich’s infantile baseball program — an impressive workload for any student. It was that determination and work ethic which eventually landed him an internship with the Royal Bank of Canada’s own I.T. department.

“Essentially I analyze, interpret, organize and report on thousands of lines of data for different I.T systems within different departments of the bank,” says King. Despite it being a low-level position in the company, he says it’s a nice complement to his school work inside Ryerson’s Ted Rogers School of Management.

“I enjoy it a lot,” he says. “I could certainly see myself pursuing a career in it.”

But, like his father, he’s not sure where the interest came from.

“Yeah, I’m not sure where I got it,” he says with a smile, his hands folded neatly on the round table. “I really couldn’t tell you.”

The athlete is a complex creature. They are people, like us, with thoughts and emotions. Aspirations and talents — talents outside of the sports that so often smother these elements. Baseball is a complex game in its own right, called slow and plodding, a game so often criticized for being rooted in the past, is especially guilty of this. Too often do its fans and benefactors fail to realize the man with the bat, the glove, or the mask is just that: a man. A man worth more than baseball.

“He’s resourceful and confident,” says Marty. He’s friendly and reliable — somebody you don’t need to worry about. He’s determined — his teammate Jason Te puts it:

“I guess a lot of people assume he’s just a big power arm out there, little do they know he also kills it in the classroom.”

How’s that for ‘clichés’ about Caleb King?