Update: The game has been rescheduled for Sunday, Nov. 22 at 6 p.m.

The Ryerson men’s basketball game against the Laurentian Voyageurs Friday night was postponed after the backboard glass broke.

Ryerson guard Aaron Best shattered the glass when he dunked a ball during warmup. The game was delayed for over an hour before eventually being postponed. 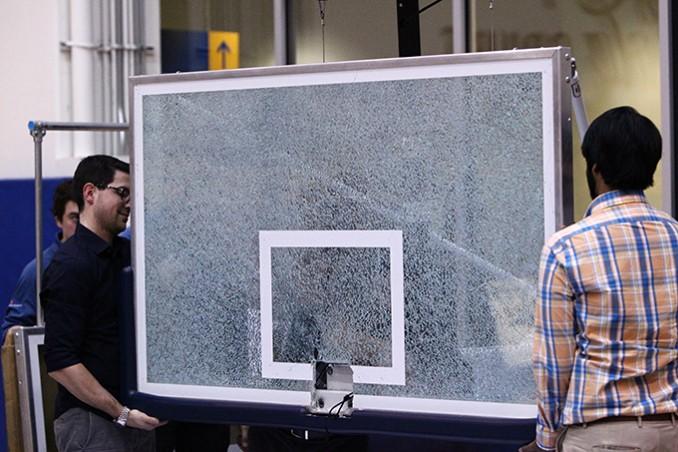 MBB: Tonight’s game against @LUVoyageurs has officially been POSTPONED due to maintenance issues on one of our nets. @OUAsport

A 1st in my a career. Game Cancelled. Backboard shattered on a dunk in warm up. Apologies to all the fans. Resched to be announced soon.

Ryerson athletics issued this statement on the postponing of the game.

“An incident occurred with 8:30 left in the warmup in which the backboard glass shattered following a Ryerson dunk. Staff worked to remove the broken backboard and replace it with a spare. Due to the time required to safely reinstall the glass, the referees and coaches of both teams agreed on postponing the game.”