Smoke coming out of the O'Keefe House residence building.

Six units responded to the call, which was quickly contained due to the building’s sprinkler system, according to Toronto Fire Services. 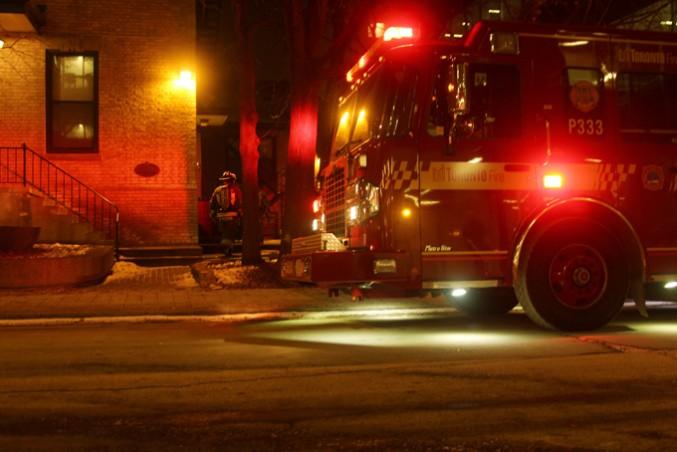 Smoke was seen coming from the upper floor of the building shortly after 6 p.m. and started in a residence bedroom.

The cause of the fire has not yet been determined.

Fire at the other residence (O’Keefe) building at my school. Scary and brings back anxiety from my own house fire 🙁 #Ryerson