The Ryerson men’s hockey team (14-11-1) played their final home game of the season Thursday, dismantling the York Lions by a final of 7-3 and sending graduating students Mark Corbett and Dean Willmott out in style.

Willmott and Corbett were both honoured before the win in what was an emotional goodbye.

“It’s pretty surreal you know, I didn’t think I’d be so emotional. There’s going to be a lot to miss here,” said Corbett.

The first period started off slow before ending with a dazzling array of highlights.

Kyle Blaney started off the scoring for the Rams at the 12-minute mark. With Ryerson shorthanded, Blaney intercepted a pass and sliced through the Lions backline before swiftly wrapping the puck around the goalie. It was arguably one of the top goals of the season for Ryerson.

York would respond immediately, tying it up just 30 seconds later. A nice bit of passing from Ryerson’s Andreas Tsogkas led to an easy goal for Domenic Alberga to put the Rams up 2-1 heading into the middle period.

The Lions dominated the second as they outshot Ryerson 21-8. Unfortunately for them, they only got one goal to show for it, which was matched by the Rams Lucas Froese on an unassisted wraparound, making it 3-2 Ryerson after 40 minutes. 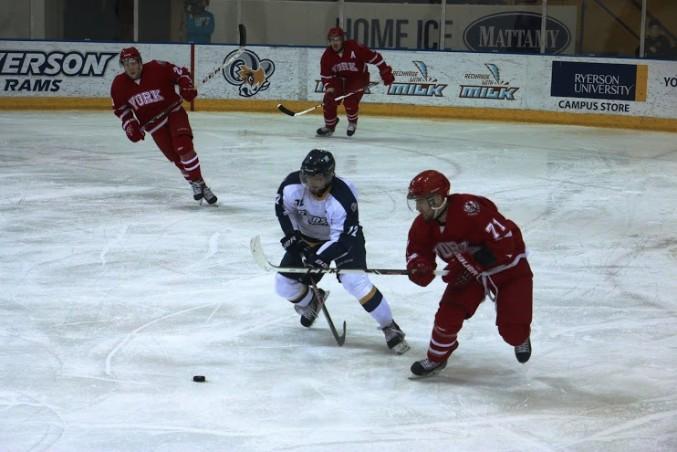 A different team showed up for the third period. The Rams exploded for four goals and quickly made this one a blowout. A nice exchange between Rams captain Michael Fine and defenseman Keevin Cutting got the scoring spree started at the 17-second mark.

Clairmont, Gallant, and Froese would also all score goals in the onslaught, with Blaney adding his second on the night.

Rams goalie Troy Passingham stopped 47 of the 50 shots he faced on the night.

“We’re very confident in Passingham’s game,” said head coach Graham Wise. “I think the one concern is that we don’t want him facing that many shots.”

The Rams finish off their regular season tomorrow night in Windsor against the first-ranked Lancers.

A win in that one will guarantee a home ice advantage for Ryerson’s (very likely) first round series against University of Toronto, which will begin sometime next week. 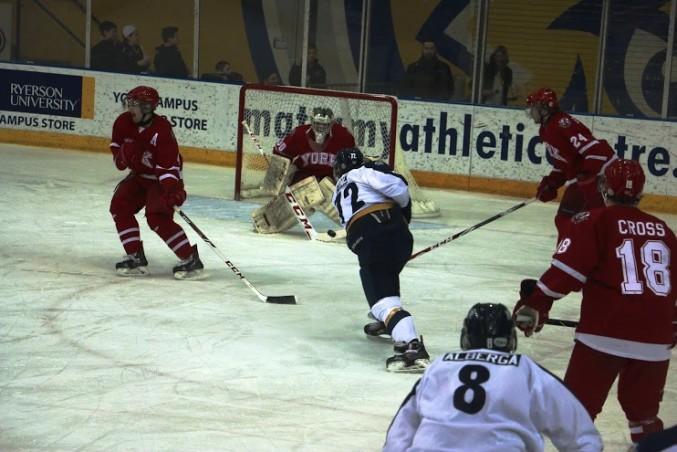