After losing three games in one week, the team came back, ready for a win. Ram Theanna Vernon said that after the team’s struggle, “the fact that we were able to come back, take the home court and win, we feel really good about it.”

It was a slow first set for the Rams. There were many highs, lows and close calls. The ladies picked up near the end of the set, beating the Lancers just 25-21. The Rams played better as a team towards the end of the first set, when they scored the majority of their points.

“I thought we were really tentative and nervous in the beginning,” Reid said. “When you’re on a losing streak that happens.” The team seemed a bit shaky to start, but they pulled it together quickly to win the game. 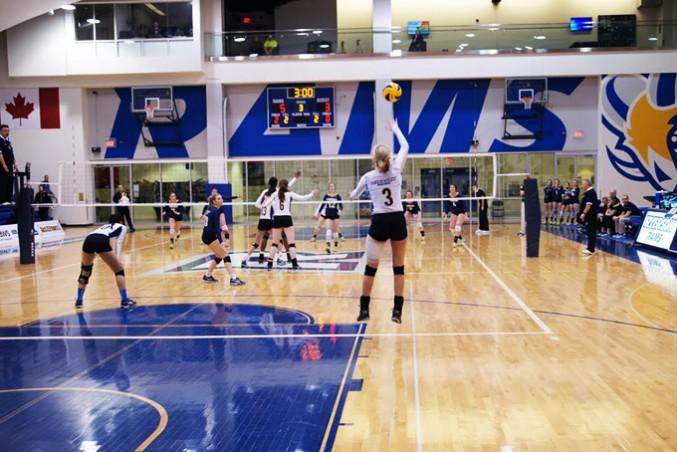 Reid said that the Rams’ ability to control the ball and “be aggressive” helped lead to their success in the game. “I think we understood what they were trying to do on their [Windsor’s] side, and made the adjustments that we needed to,” Reid said.

The Rams dominated the third set. The Lancers had their moments, but it wasn’t enough to catch up. Quick passes from the Rams lead to a fast-paced third set. Ryerson scored an ace half way through the last set, earned by Veronica Livingston. Good hustle lead the Rams to win in the third set by 25-17.

“We all communicated properly, we all did our own jobs and passing was amazing,” Vernon said. She said that this is why their offence did so well in the game. “It was great that we came together and we were able to pull off the win.”

The Rams’ next game on February 20 at the MAC will be the senior’s final game. Vernon is “sad to see them leave,” but notes that they’ve had amazing careers.