The team will advance to the Final Four for the first time since the 2012-13 season, where they’ll be looking for revenge against a Western team that beat them at home earlier this year.

“I’m happy that we’re going to get to see western in the semis, cause they stole a game from us here at home, if we keep our momentum I think we’ll be all good,” said Sophomore middle Theanna Vernon following the victory.

The Rams and Gaels entered Saturday’s playoff contest ranked second and third respectively, with the Rams sweeping the Gaels in the season series (2-0.) 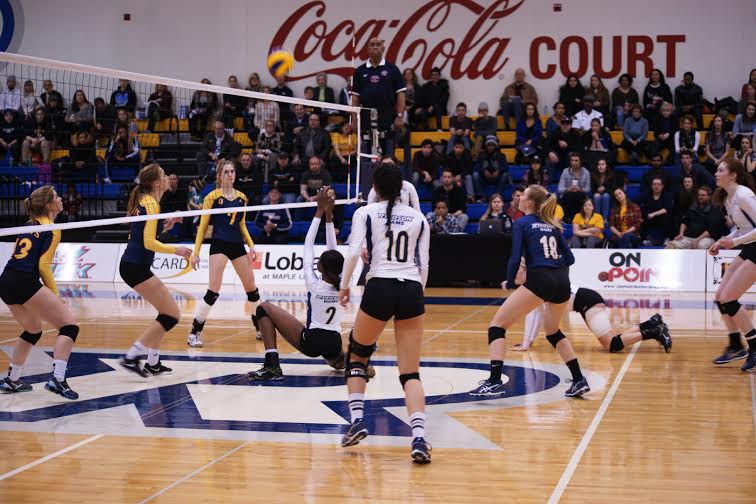 Additionally, Ryerson had lost four of their last five contests – a tough stretch acknowledged by head coach Dustin Reid, who said “we haven’t been at our best the past month.”

The first set was a tough, back and forth affair, with both teams hesitant to grab firm hold of the games momentum. The Rams began to pull away at 21-21, following a sly tip over the net from fifth-year assist leader Emily Betterridge. The ladies would win the set a close 26-24.

“We didn’t play our best in the first set, but that often happens in these big matches. Teams are trying to find their rhythm, and both sides will have their ups and downs, But someone will always have an opportunity at the end,” said coach Reid.

The second set was more of the same, with the Rams not able to pull from within one or two points with the lead. Sophomore Theanna Vernon though stole the show, and ended the second set with a cumulative 10 kills, helping lead the Rams to a tightly contested 25-21 second set victory.

“She’s been waiting for a match like this for a long time, and she showed she’s excited to play in these kind of matches – that makes her a special player,” said coach Reid, when asked about the performance of Vernon. 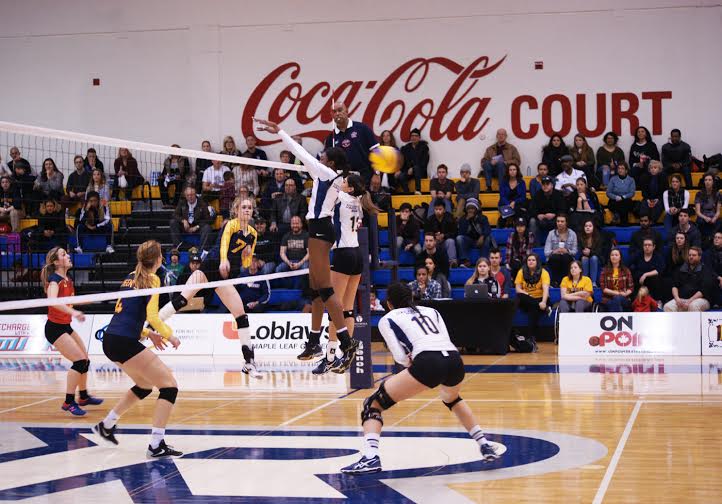 The third set is where the Rams really began to pull away, getting out to a quick 7-2 lead. The ladies lead would eventually grow to 20-10, but a short-lived spell of lackluster play helped spark somewhat of a comeback from the Gaels (23-17.)

But the Rams would weather the comeback attempt, finishing the match in convincing fashion, much to the credit of Vernon’s nearly 80 per cent kill percentage.

Following the game coach Reid was very open about his admiration of Vernon’s performance, calling it “her greatest game in a ram uniform,” to which she agreed. Saying, “I would agree with coach, I left it all on the floor, I really wanted this, and I’m happy we could take it.”

“The next step for our program is to continue getting the kind of players that can help take us to the top of the league, and to raise expectations of what we’re capable of,” said coach Reid about the future of a Rams program many believe to be quickly growing.

The Rams’ will next take the court against the Western Mustangs next weekend at the University of Toronto in the Final Four.