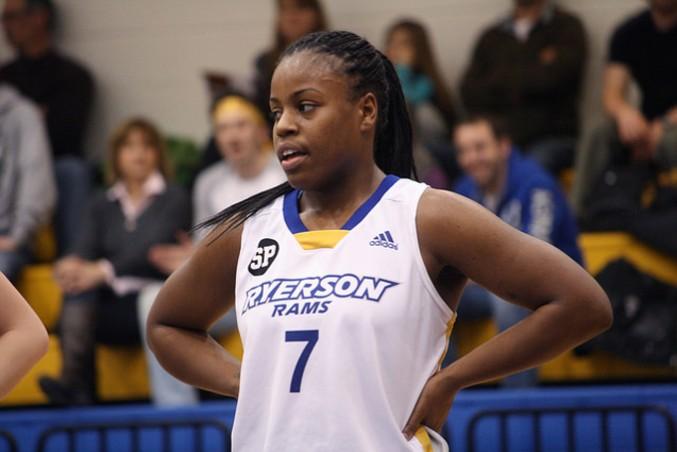 This year was crazy for both the women and men’s basketball team. With both teams coming off of great seasons — the men’s team placing third at the Canadian national championship at home; the women’s making their CIS debut, expectations were high for this season.

As the men’s team started off with a down to the wire home opener win against the University of Toronto, the women’s team kicked off a confident three game winning streak, picking off U of T at the Ryerson home opener, 78-36.

With the men’s team led by veterans Aaron Best and Adika Peter-McNeilly, the team won 10 games in a row. The women’s team was helmed by CIS 2015-2016 player of the year Keneca Pingue-Giles.

The 2016 OUA playoffs culminated in two gold medals and banners for Ryerson athletics while the women’s team walked away with their first ever silver medal in the CIS championships, and the men’s team earned their second bronze. 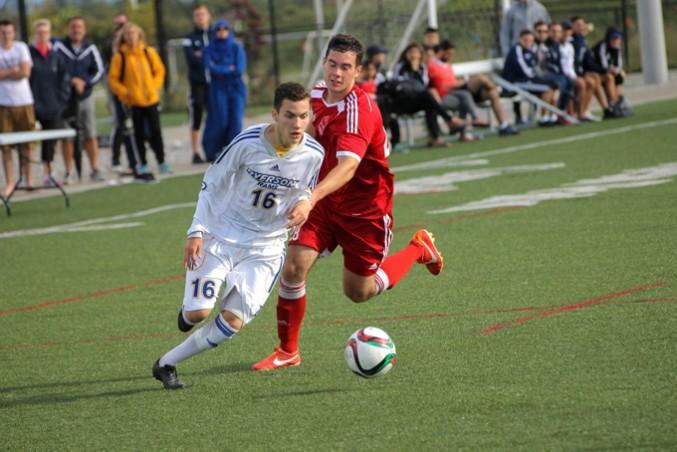 Promise and heartbreak sums up the Ryerson men’s soccer team’s 2015-2016 season. Coming off a strong 2014-2015 season where they made their second-straight Ontario University Athletic final-four playoff appearance, the Rams also ended their season ranked fourth in the country.

This year expectations were high with the team being led by OUA east MVP of the year Raheem Rose, as well as OUA east and OUA coach of the year Filip Prostran.

Getting off to a rough start, the team dropped an exhibition game to the University of Guelph, before going on an eight game winning streak in the regular season.

They also reached the second ranking in the country before settling in at fourth for the rest of the season, while winning the last six of their seven regular season games.

In the quarter-final game the Rams defeated Carleton University to face off against McMaster University, where they lost 1-0. 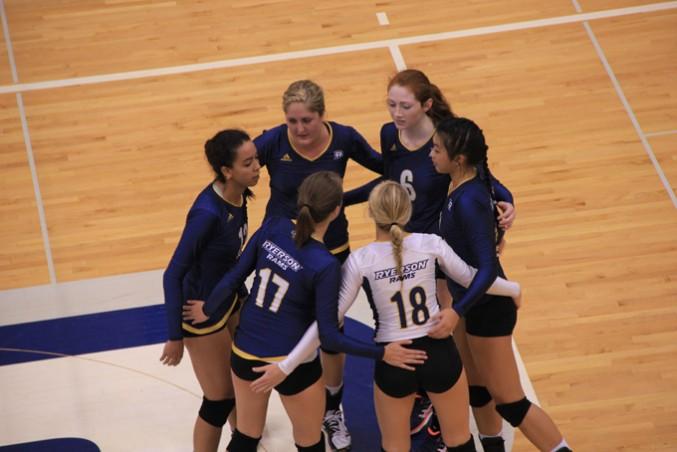 The start of the Ryerson volleyball season saw a leadership change for both teams, culminating in Dustin Reid stepping in for Mirek Porosa for the men’s team as well as continuing as head coach for the women’s team.

Despite the change in coaching staff, both teams got out to a strong start, with the men’s team winning their first five games while the women’s squad won their first eight of nine.

The women’s team was led by veteran libero Julie Longman and Theanna Vernon as well as fifth-year outside hitter Emily Nicholishen. Handily defeating Queen’s University in the Ontario University Athletic final-four, they eventually won their second silver medal in their loss to U of T.

The men’s team was helmed by third year outside hitter Lucas Coleman and fifth-year veteran Robert Wojick helped the team to their first ever Canadian Interuniversity Sport championships where they placed seventh, losing to the Rouge et Or de l’Université Laval.

CORRECTION: A previous version of this story, published in print on April 13, contained the following errors:

-The men’s soccer team did not lose their first two regular season games to the University of Guelph and the University of Toronto. They lost to Guelph in a pre-season exhibition game, and won against U of T to open the season.

-The men’s soccer team lost to McMaster University 1-0, not 3-0, during this year’s OUA final-four. McMaster is also not in their division.

The Eyeopener regrets these errors.