A pro-life group showed up on Gould Street Tuesday afternoon to protest, but soon after they arrived a group of pro-choicers lead by the Ryerson Students’ Union (RSU) Equity Centres’ mobilized to counter-protest.

The pro-life group eventually left, while the second group remained to reinforce ideas of body autonomy. The RSU released a statement noting that they were not affiliated with the protest. 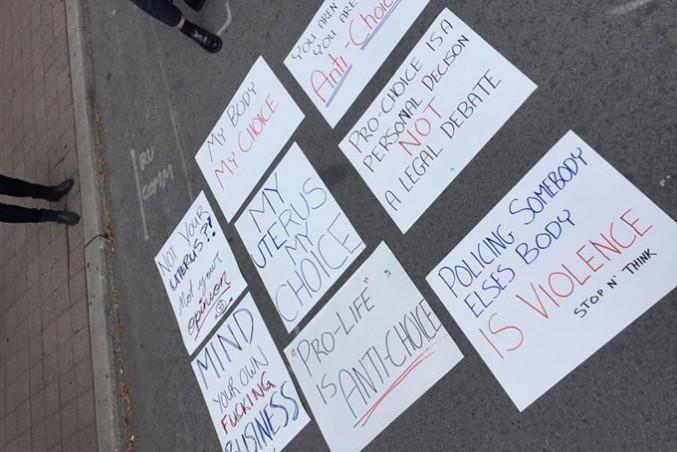 Ryerson is not the only post-secondary institution to have pro-life groups show up on campus. On Sept. 15, protesters showed up at Sheridan College in Oakville. The Sheridan protesters placed themselves inside school’s buildings with graphic signs. Similarly to the events that unfolded at Ryerson, counter-protesters positioned themselves in front of the signs to allow their classmates to go about their day without disruption.