All photos by Matt Ouellet

Ryerson’s women’s volleyball team lost its first game of the season in straight sets (22-25, 21-25, 18-25) to the Toronto Varsity Blues Friday night at the Goldring Centre in Toronto.

Facing the team that the Rams lost to in last year’s Ontario University Athletics (OUA) finals, they started out the game evenly matched, exchanging leads multiple times throughout the first set.

In the third set, Ryerson went to their bench, substituting new recruits in throughout the set. 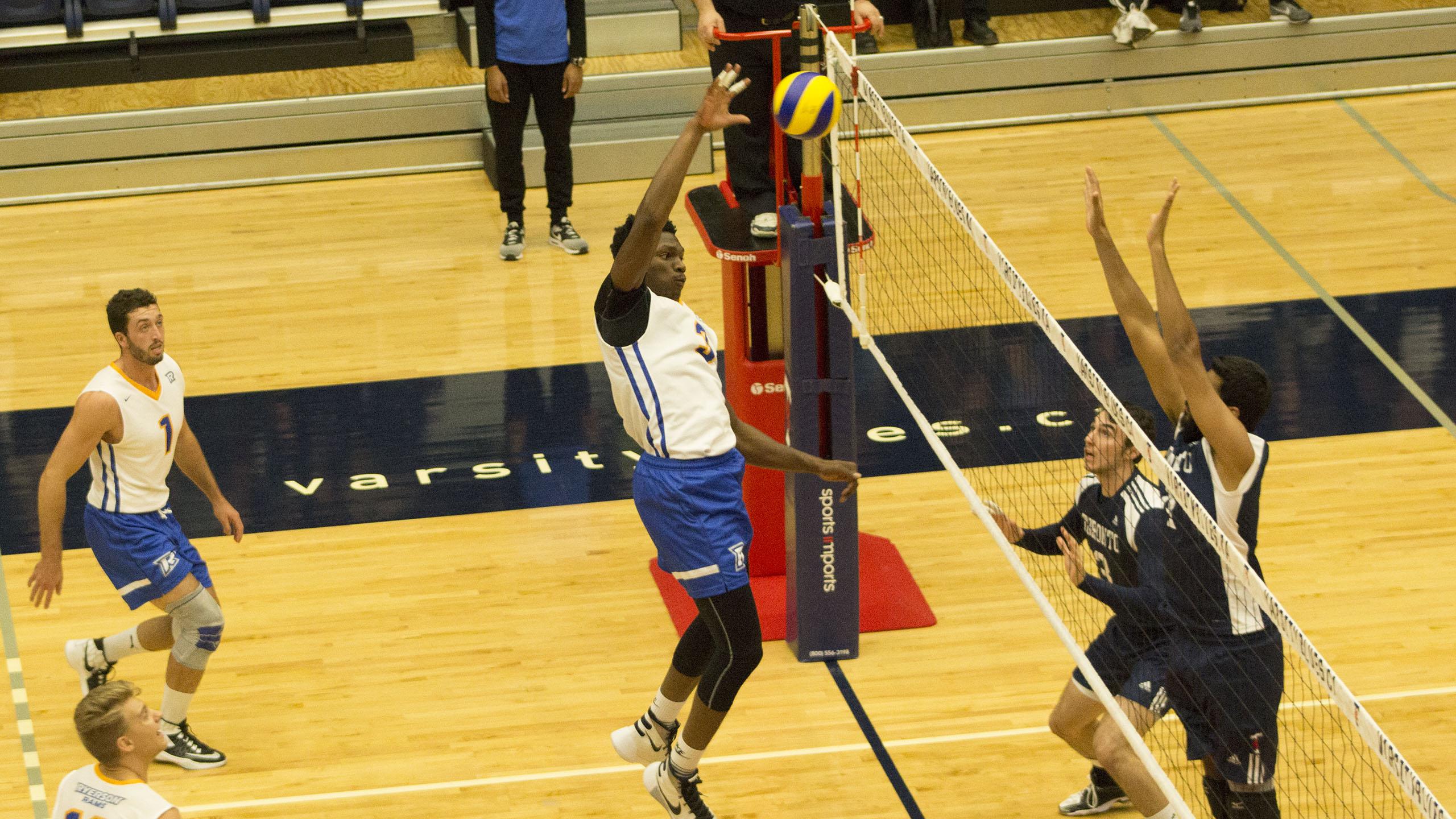 Ryerson’s men’s volleyball team kicked off its season with a straight sets victory (25-19, 25-22, 25-19) over the Toronto Varsity Blues Friday night at the Goldring Centre in Toronto.

Toronto started out the first set by taking the first four points, and kept Ryerson on their toes, but Will Otten, making the switch from libero to outside hitter this year, provided solid defence throughout the game, recording 10 digs.

Toronto kept up its scrappy play in the second set. Ryerson powered to an 8-3 lead early on, but the Varsity Blues managed to scramble back to tie the game at 14. Ryerson hung on to win.

The Rams dominated most of the third set, staving off a late Toronto come-back attempt to take the match.

UP NEXT: Both teams take on the Western Mustangs in London on Sunday night. The women play at 1 pm with the men to follow at 3 pm.