The concrete urn above the archway of Annette Studios is more than just a reminder that the place used to be a funeral home. On the last day of a three-day festival filled with artwork and musical performances, the urn also signified the end of a three year hosting duty led by the band, Mayraki.

Their first few concerts in the basement of the now yoga studio “were kind of reckless”, said Mohammed Yassin, lead vocalist and organizer of Mayraki. “Bottles breaking, moshpits—we’ve gotten more tamed over the years.”

Mayraki formed together in 2013 from collaborations at Musicians@Ryerson. Yassin, who studies sociology at Ryerson, had the idea of a monthly band night. “We put on a little show, make a little bit of money. It’s really just a place for us to hammer out.” 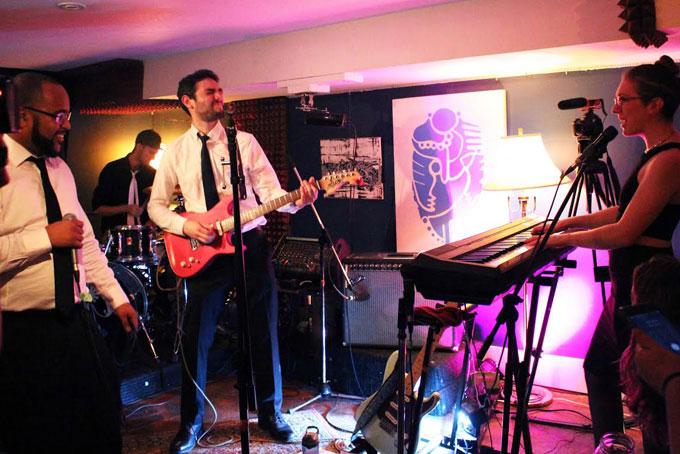 Salvatore Paradise, guitarist for the band, says the decision to stop hosting will be a benefit for the band. The time the band spends at the studio could also be used for new gigs or to record new music. The members were finding any time they had between school and work. “We’ve never done a tour because we’re too busy. At least for right now.”

“It’s bittersweet.” adds Paradise. “It’s sweet because we’ll have that time to do a lot more…but bitter in the sense that we’ve been playing here for three years. We’ve never missed a month,” he said. “I think our time is up.” 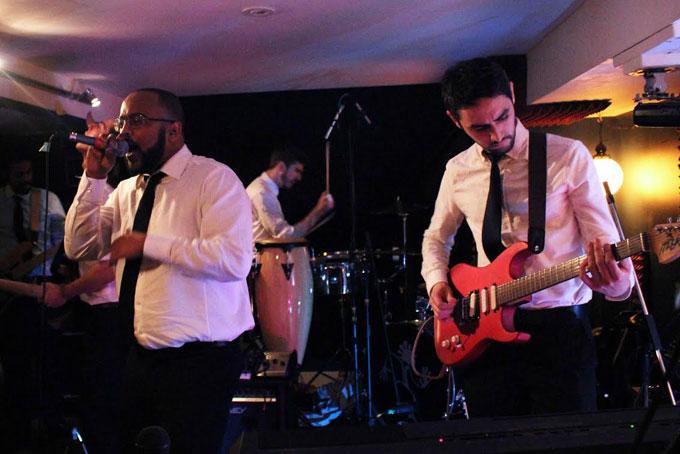 On their website, the band describes themselves as a “hip-hop fusion” band “incorporating funk, jazz and rock with splashes of blues, metal and other surprises”. Yassin said that Annette Studios has helped them tune into their sound. “The point of this place for us, as Mayraki, was to really sharpen our teamwork as a rock band. And we’ve gotten to experience that.”

To fill the void left behind by Mayraki, a familiar sound to the studio will be taking their place. With a beaming red flashlight, Yassin passed off the torch to The Alex McCulloch band.

Strumming her guitar and playing the harmonica simultaneously, lead vocalist, Alex McCulloch, said that, “the people here get that music matters and that friends can be made across genres, across race, across gender”. 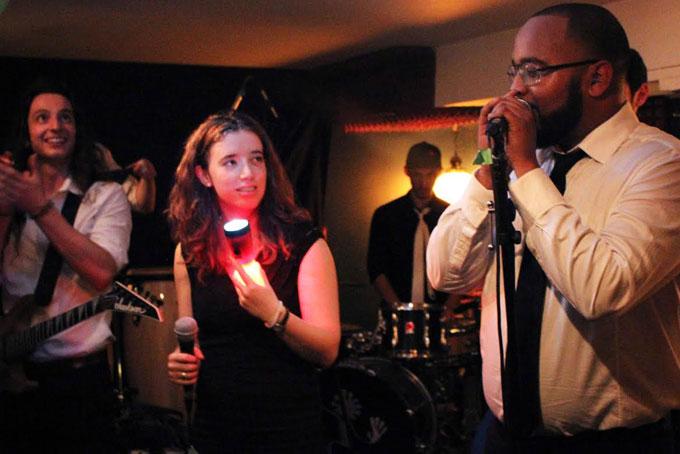 Standing outside the studio before their set, chatting with the drummer, Yassin explains the meaning behind the “Mayraki”. He said it was meant to be untranslatable. “I came across this Greek word, “Meraki’”, said Yassin. “To do something you love to the point of giving a part of yourself.”

And at Annette Studios, they did just that.