After many amendments to the order of the agenda, three motions were voted on (not including the RSU’s financial audit report for the 2015-2016 year, the agenda and meeting minutes).

Quorum was lost just under four hours into the SAGM and the meeting was adjourned. The remaining 16 motions were pushed to the RSU’s next board meeting. RSU president Obaid Ullah said the meeting will take place before the winter break.

Several changes were made to the RSU bylaws, most notably the removal of two bylaws on the RSU’s collaboration with the Canadian Federation of Students (CFS). The changes no longer make it mandatory for RSU vice-president education Victoria Morton having to take part in assisting with CFS campaigns. The other bylaw that was taken out was regarding the RSU sustainability commissioner no longer having to communicate with the CFS regarding matters of sustainability.

A bylaw change to lower the number of RSU election polling stations from six to one was suggested by Ullah. However he struck out this amendment after there was much discussion on the need for more than one polling station.

An amendment was put forward to this motion to have the RSU ask the university to prevent the use of any graphic images from future protests on campus, but it was not passed.

A speaker is against the motion because of the use of “anti choice.” He said “anti life” should be used instead of “pro choice” 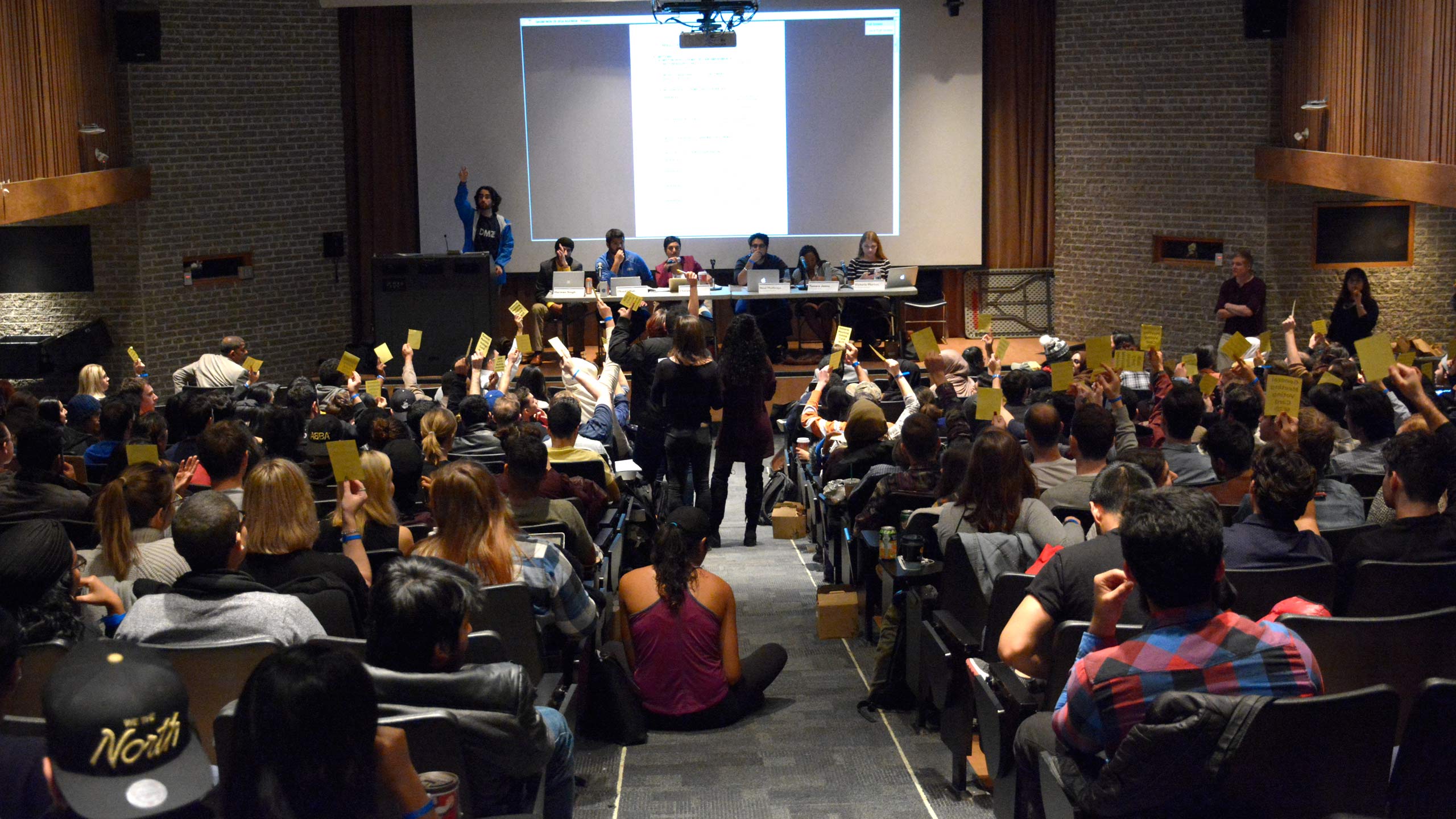 The call for vice-president education’s resignation — NOT PASSED

A motion was brought forward by engineering student Matthew Smith, calling for the general membership to ask for the resignation of Morton. The motion cited bylaw violations, more vacation days than allotted and drinking alcohol in her office. Morton defended the first two points, saying that they didn’t constitute infractions. But she apologized for drinking in her office and for any tweets she sent that criticized any participants of CFS campaigns. The motion was voted down with 82 against and 41 for the motion.

.@VictoriaMMorton said she did drink in her office but the university is dealing with that @theeyeopener

@theeyeopener a significant amount of people are now leaving

A motion was brought forward detailing plans for the RSU to have a Holocaust Education Week. An amendment was proposed to make the education week include education about all genocides and not just the Holocaust specifically. However, quorum was lost before a vote could be made.