A review of Toronto’s ward boundaries could lead to fairer representation for people in Ryerson’s ward, Toronto Centre-Rosedale. As it stands, constituents in that ward are not being fairly represented because it’s too big, says the area’s councillor, Kristyn Wong-Tam.

After researching current ward boundaries and consulting the public, the independent body of consultants conducting the review submitted its recommendations for new boundaries to Mayor John Tory’s executive committee.

On Oct. 26, the committee voted 7-6 to accept new boundaries in a plan that will also increase the number of wards from 44 to 47. The independent review suggested that plan, but Tory opposed it. City council will vote on the plan on Nov. 8. 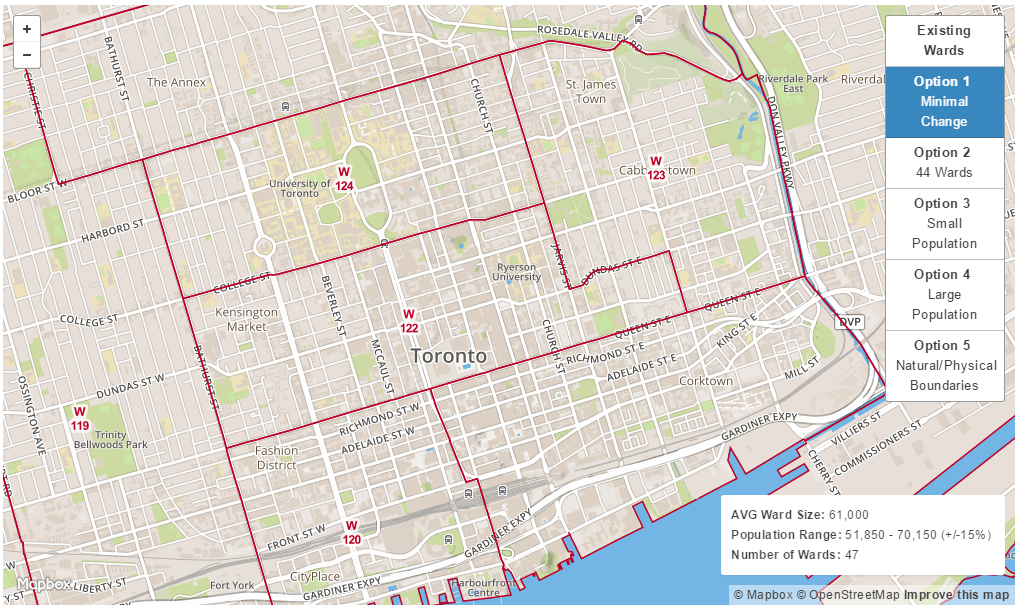 This proposed change is supposed to even out the number of people in each municipal ward, thereby ensuring each person’s vote counts more or less equally. Currently some wards have up to 45 per cent more people than other wards, meaning many Toronto residents don’t have equal say.

“Democracy and how your voice is heard at city hall is going to be impacted by how many voices are represented by one vote,” Wong-Tam said.

She said her ward, the city’s largest, has almost 100,000 constituents—a number that could triple considering the people who come into the ward to work, study, tour and socialize.

“All of those different stakeholders become constituents of Ward 27 even if they don’t have a residential address here,” she said.

If, for example, a Ryerson student has a safety issue on campus, they become Wong-Tam’s constituent whether or not they live in the ward, she said.

Having so many people represented by just one vote on council is unfair, Wong-Tam said. A smaller ward would theoretically give people who live and work in Ryerson’s ward better access to their councillor, with fewer people competing for their local representative’s attention.

Ryerson President Mohamed Lachemi said it’s important for the university to have a good relation- ship with its councillor.

But the boundary review may not do much to change the institution’s access to its councillor, which according to Wong-Tam, is already “exceptional.” She meets with university officials monthly and also meets with the Ryerson Students’ Union and other campus groups.

She says access can vary by councillor, but any councillor representing Ryerson will likely acknowledge them as a significant stakeholder. 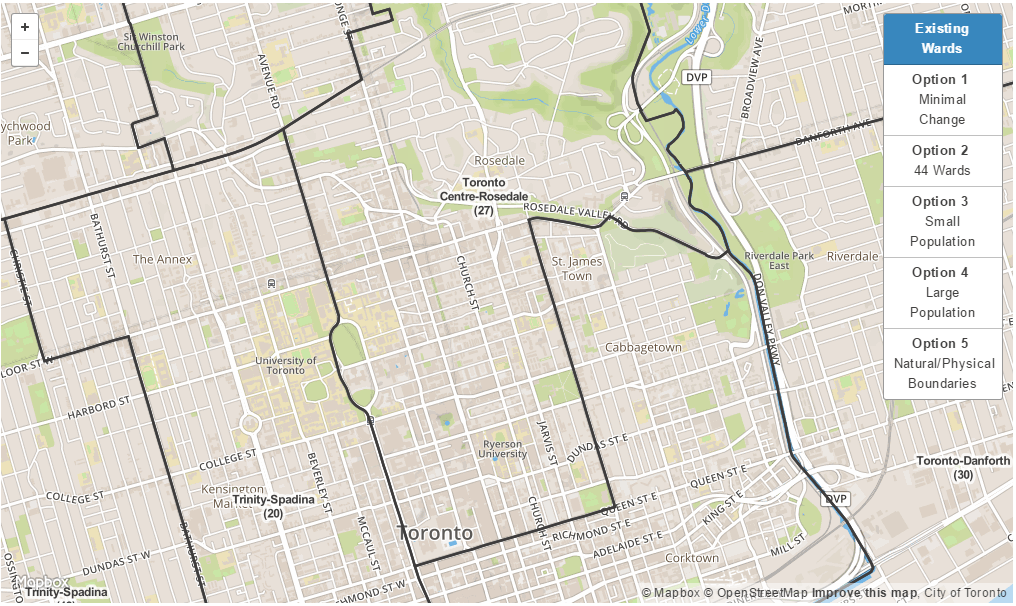 The review has been taking place since June 2014. It considered multiple options for change, including where the shapes of wards would change, but the number would remain at 44. Tory was in favour of that option.

Toronto’s ward boundaries have been in place since 2000. The review aims to make wards that will last until after the 2030 election.

Mitchell Kosny, professor and associate director of Ryerson’s School of Urban and Regional Planning, said that while important, the ward boundary review alone does little to improve municipal government.

He said that while councillors in smaller wards should be more reachable to constituents, changing boundaries won’t change governance or governing practices.

Kosny said the ward system itself has problems, one being that councillors speak for wards, “and nobody speaks for the city.”

Having a more available councillor doesn’t give people a bigger impact if people don’t vote and on a whole, Ryerson students don’t, Kosny said. He also said that local government is the most important level of government and that councillors need to engage more voters.

The review does not consider if councillors’ offices are effective or what the best way for people to reach their councillors is.

If changing boundaries is all we do, “we just haven’t gone far enough,” Kosny said.