The Rams defeated the Queen’s University Gaels 4-0 in a fast-paced contest between the fifth and sixth ranked teams in Canada.

The victory extends Ryerson’s lead in the OUA West to three points and the team’s winning streak to five games. With an 18-4-1 record, the Rams set a new program best for most regular-season wins, topping the previous high of 17 wins set during the 2013-2014 season. 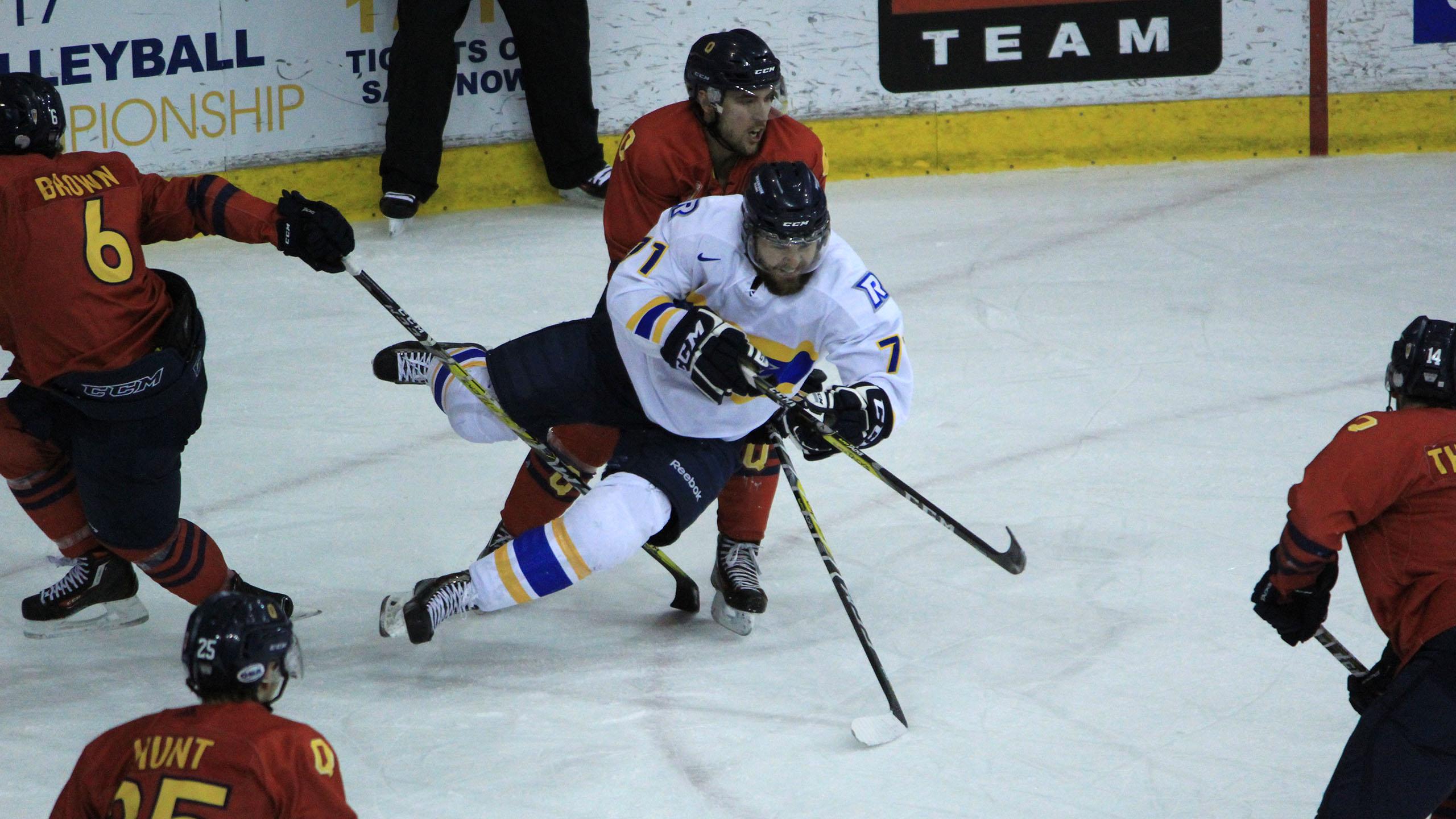 Aaron Armstrong opened the scoring 9:27 into the first period, assisted by Daniel Clairmont and Mitchell Theoret. Armstrong then capitalized on what ended up being the first of three powerplay chances to give the Rams a 2-0 lead with just over 30 seconds left in the first. He was assisted by Josh Sterk.

The Gaels’ greatest chances to score came from a few close calls in the middle of the second period, but excellent goaltending from Charlie Graham kept the Rams firmly in control. Ryerson was physical but they kept largely out of trouble, drawing only two minor penalties throughout the entire game.

Ryerson’s final two goals didn’t come until late in the third period, when Sterk scored a goal of his own with a powerful shot, assisted by Aaron Dutra and Michael Fine. Matt Mistele scored an empty netter with a minute to play.

Fine’s assist gives him 127 points on his career. He needs just five points over the next five regular season games to become the all-time points leader in Ryerson men’s hockey history.

UP NEXT: The Rams have a quick turn-around, facing off against the UOIT Ridgebacks at 2:15 p.m. at the Mattamy Athletic Centre on Saturday, Jan. 28.