By Sylvia Lorico and Jesse Caplan

Ideas change when viewed from different perspectives. That was the theme of the TEDxRyersonU conference that took place on Feb. 11 at Glenn Gould Studio in Toronto.

TEDx is based on conference series TED, in which people discuss interesting ideas. It supports independent organizers who want to create  TED-like events. This was Ryerson’s seventh TEDx conference since 2010. 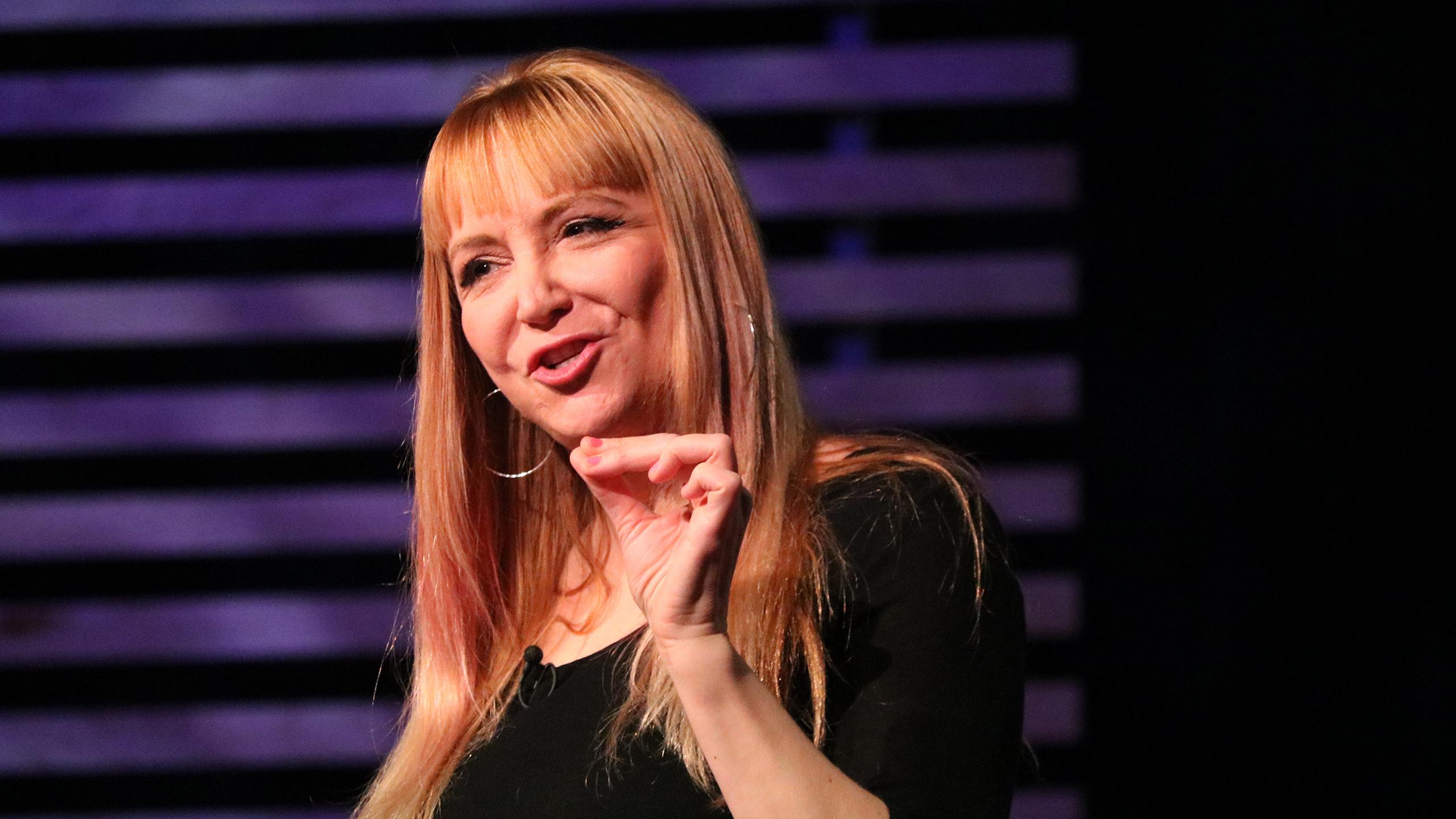 Memisevic discussed the complexity of the brain and the way in which people’s eyes and minds interpret the world around them. “There is no one reality,” because our ideas and perceptions are largely based on our own personal beliefs and biases, she said.

Memisevic said the brain is very sensitive to information it receives and that beliefs can actually cause a biological reaction.

Because the brain is so sensitive, she said, people easily feed off the messages sent to them by people around them. When someone is made to feel like a failure, they begin to internalize that message and see it as truth. But when surrounded by those who provide empowerment and support, that confidence is absorbed and used to strive for success.

To encourage positive thinking, Memisevic told the audience different ways to change their beliefs and in turn, change their perceptions of the world and themselves. “You are the architect of your life,” she said, adding one doesn’t have to accept the negativity they take in as truth.

@aida_memisevic says that we’re more likely to succeed if people around us make us feel we can. We feed off others expectations #TEDxRU17 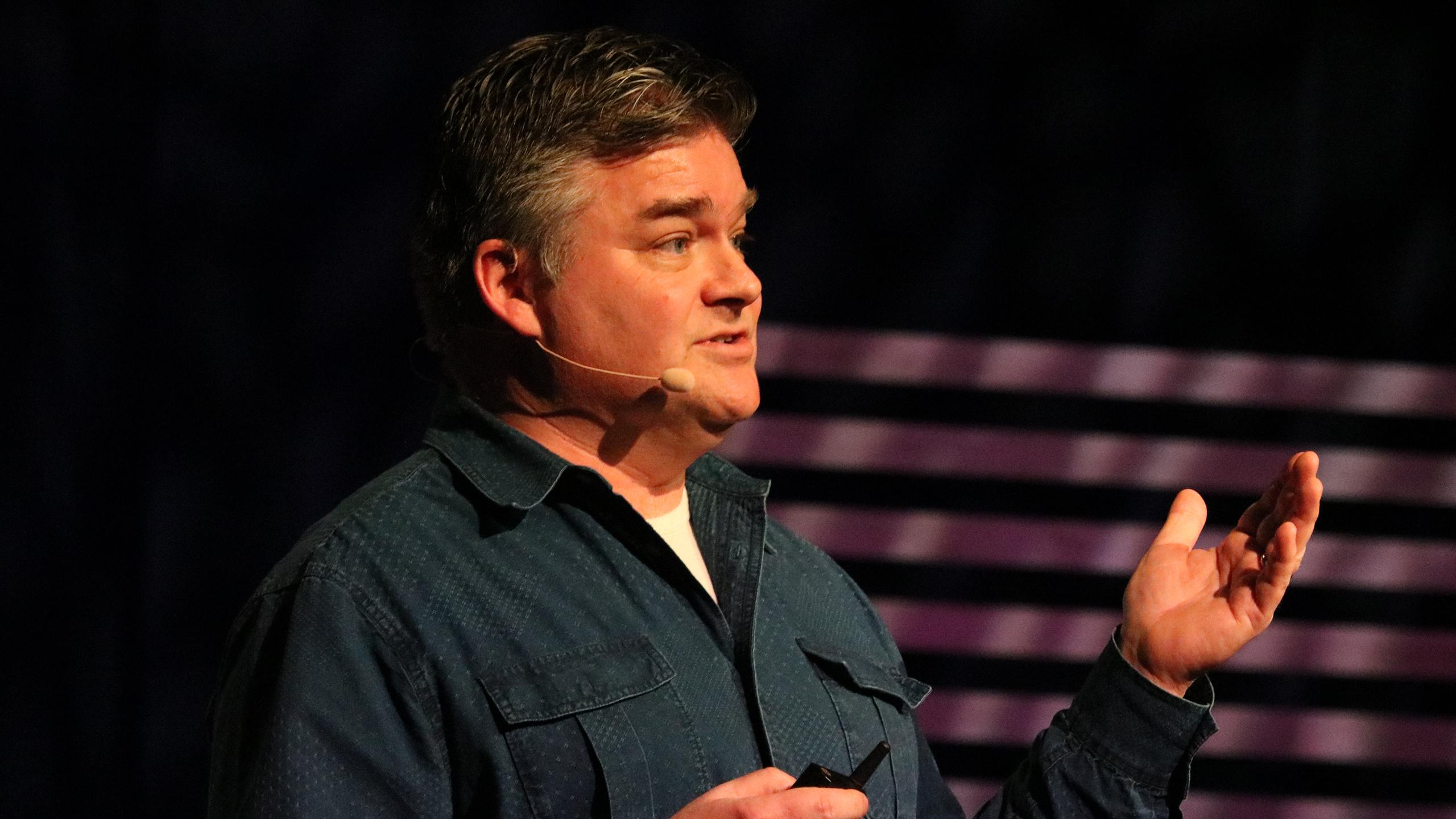 An educator himself, Clapperton said he does not want technology to replace teachers, but hopes for it to be seen as a learning tool. He said that while there is a lot that technology can do, it can never completely take the place of a person.

@dynamyk reminds us that all successful companies started off as an idea, as something small, then grew #TEDxRU17 @theeyeopener pic.twitter.com/3r9sJt9xTD

Rahaman told the audience about becoming an entrepreneur at a young age. By 15, he had already started his own company.  He said he learned about the dangers of overworking very early on.

While attending university full-time, Rahaman worked two jobs, and by graduation, he said he’d burnt out. Rahaman said that although hard work is essential to reach one’s goals, it is just as important to take time to recharge.

Rahaman talked about the factors that drove him to work hard, like his love for his family and his desire to make money. He encouraged others to reflect on their own values in order to determine what drives them to succeed.

@dynamyk says it’s not easy to get to the top. Find your path, work hard, and use your strengths to your advantage #TEDxRU17 @theeyeopener 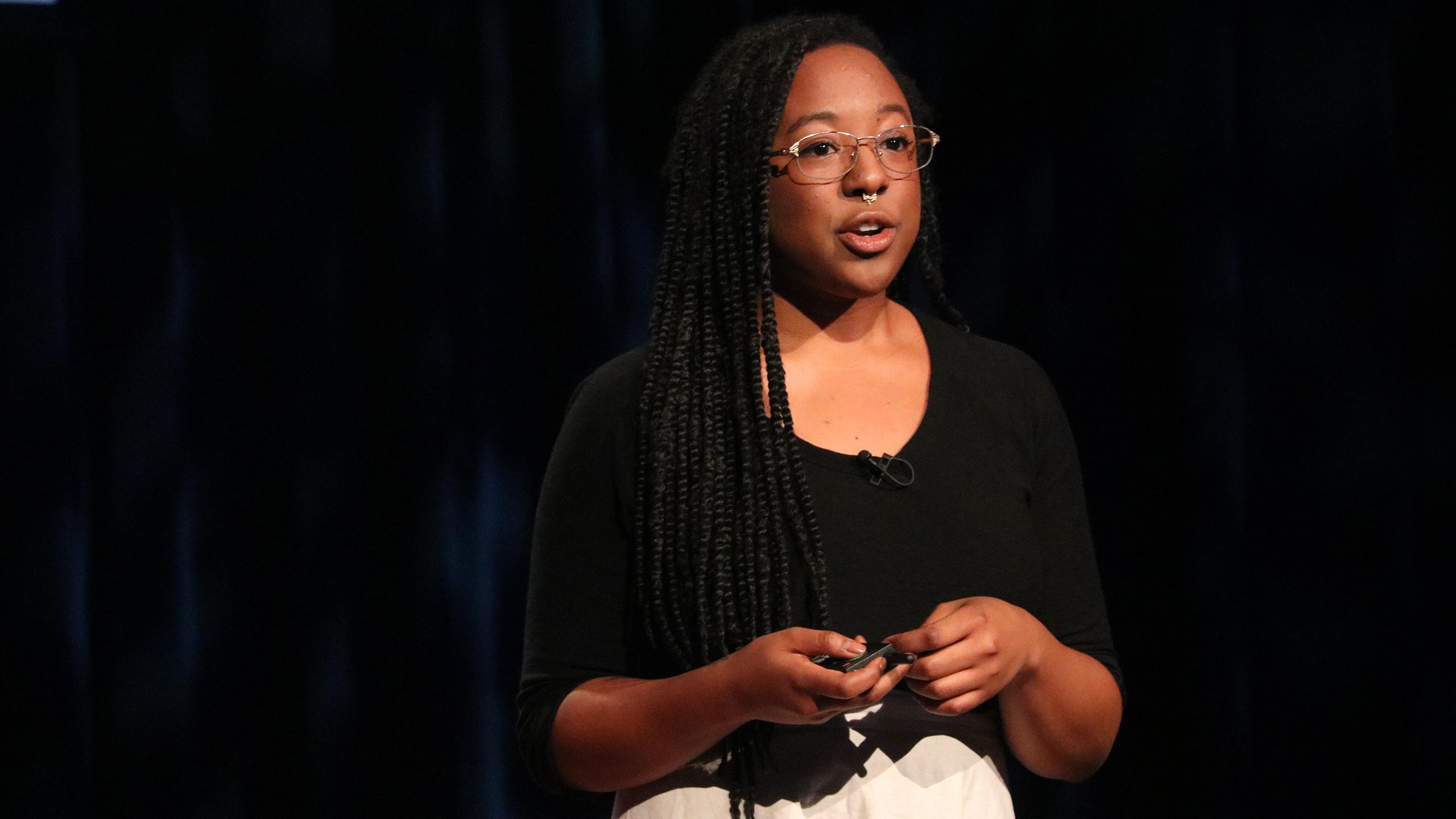 Jones spoke about the consequences of “fast fashion” throughout the world and said consumers can contribute to sustainable fashion. She said the outsourcing of the fashion industry results in an “alienation” of consumers, who are unaware of how their shopping habits affect the environment and other people in the world.

Jones advised listeners to reduce spending on fast fashion and to find more creative solutions to obtain new clothes such as thrift shopping or clothing swaps. She also encouraged listeners to carefully read the labels on all clothing to find out where and under what conditions it’s made. 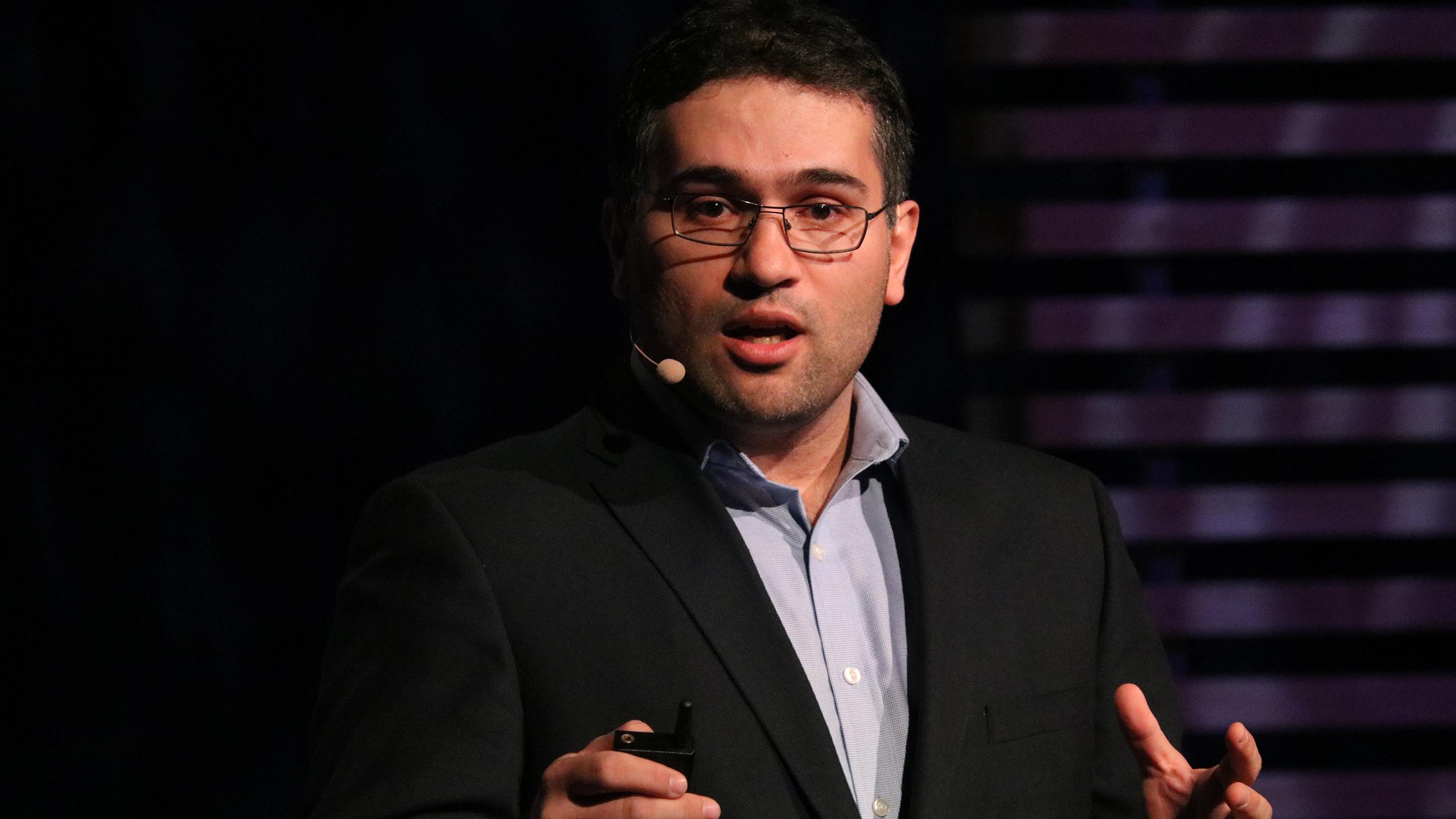 Bagheri’s talk focused on health research and its relation to social networks. Bagheri said his research shows media outlets on social networks affect much of what the average user thinks and that users are more likely to believe what they read on social media than factual evidence from professionals. This was common in health studies. He said to always consult a professional before diagnosing oneself based on information online.

@ebrahim_bagheri says that social interaction online impact how we make decisions, esp those in our personal lives @theeyeopener #TEDxRU17 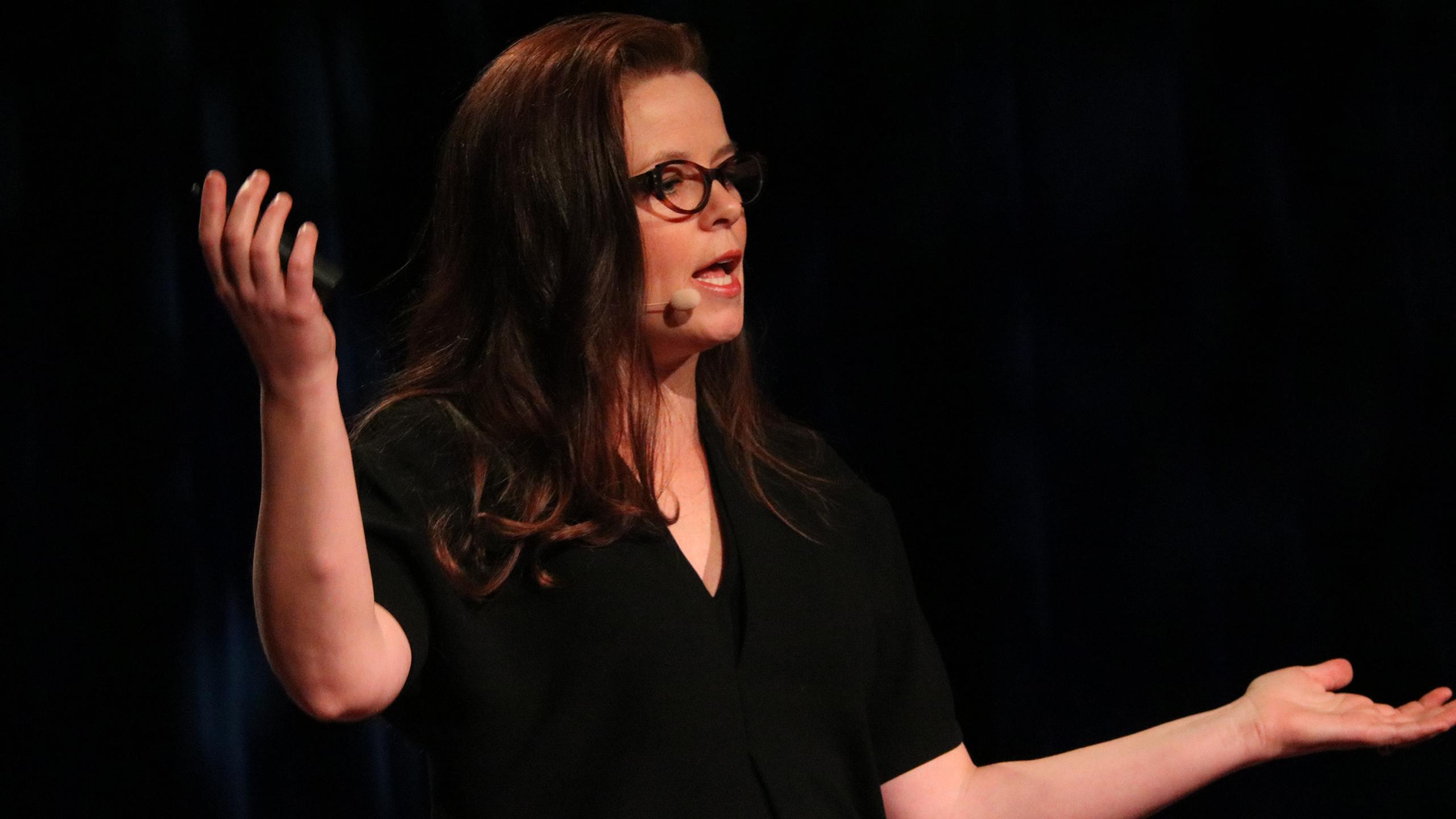 McCartney talked about everyday spaces in houses, and how they affect inhabitants’ lives.

McCartney said when she investigated a First Nations community, she found its people had little control over the design of their homes. She said members of the community lived in small houses and in poor conditions.

She stressed that all Canadians, including First Nations people,  deserve freedom over their housing. She said planners need to consult communities. 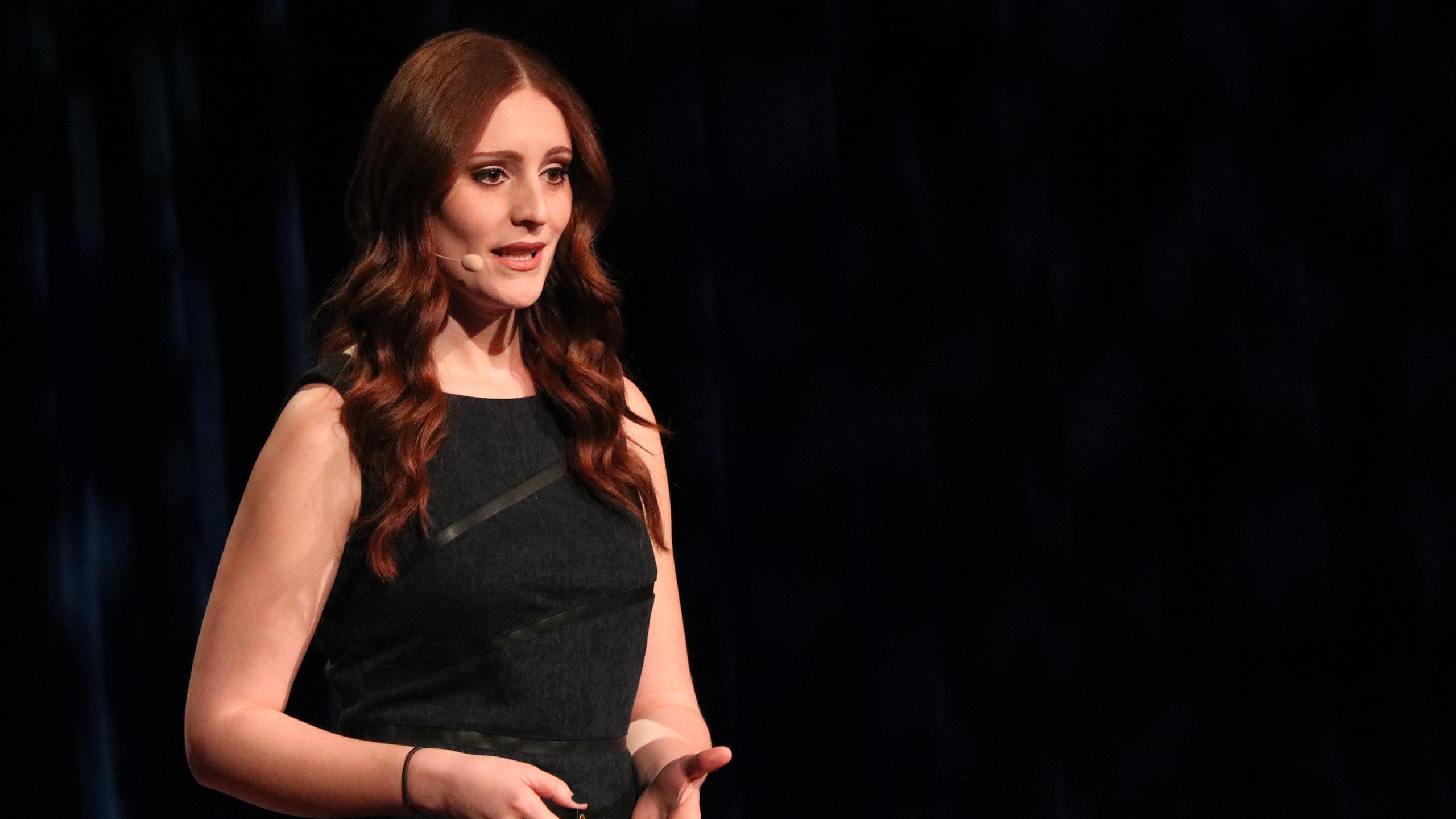 Parnell said social media can have effects on a person’s mental health.

She said many people use social media out of fear because they worry if they disconnect, they’ll end up missing out. Parnell cited studies that show a constant connection to the online world can cause a heightened level of anxiety and depression.

There is also the threat of online harassment on social networks, said Parnell. She shared the stories of youth who committed suicide due to harassment over the internet and said people should recognize the impact social media has on their lives before their own health is affected.

Ahmad Edilbi, founder and CEO of Dubarah, a program that assists Syrian refugees 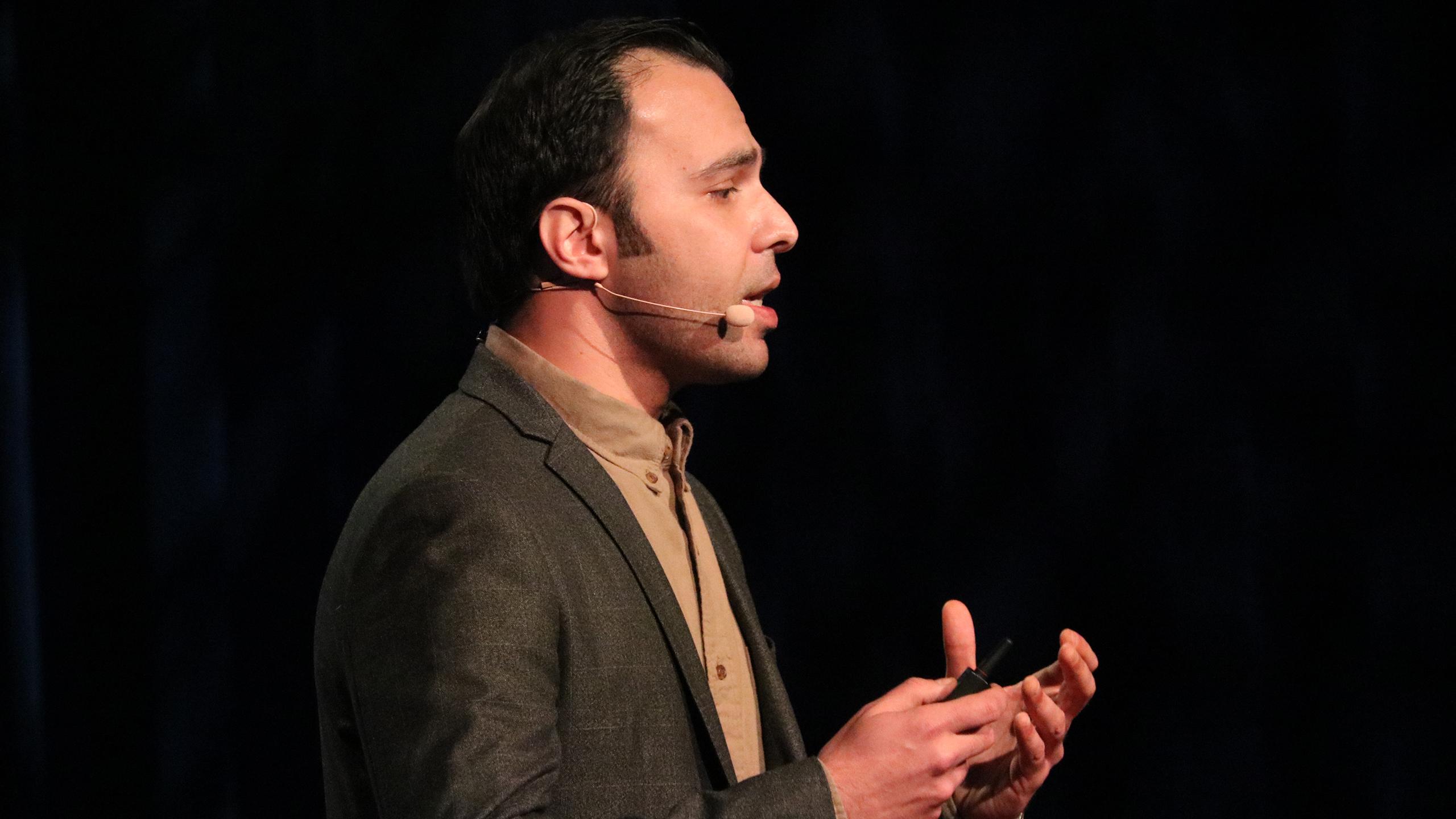 Edilbi, who is Syrian and lived in Damascus, Syria, immigrated to Canada shortly before the civil war began in 2011. He said he faced financial difficulties and distress. A friend helped him cope with his new life and since then, Edilbi has been dedicated to giving back to other Syrian refugees escaping the country, he said.

Edilbi emphasized the importance of “paying it forward.” He said helping someone else creates a chain reaction of people helping others in need. He reminded the audience to be grateful for their situation and to consider everyone in need and not just themselves. 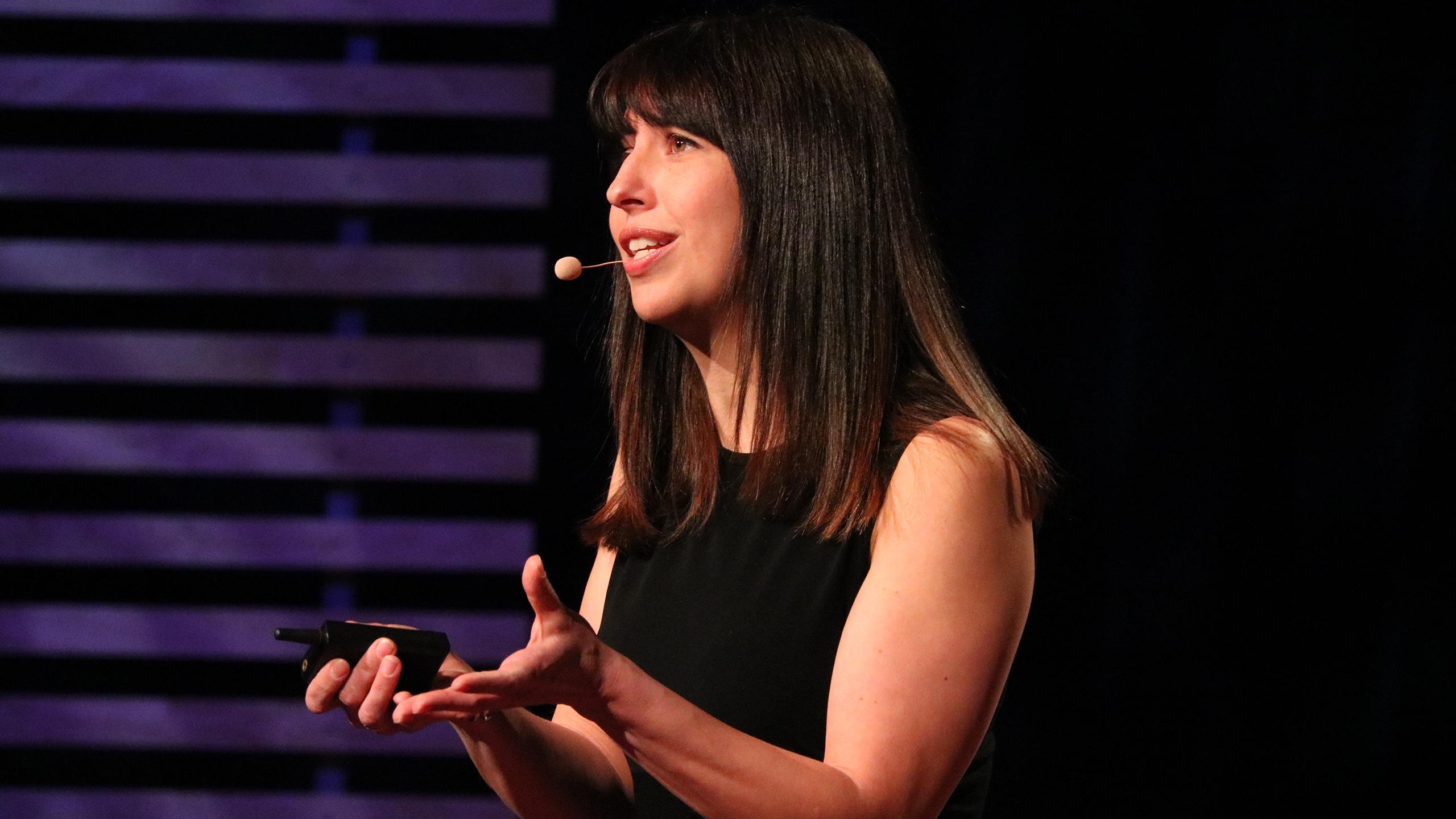 According to Petrou, both failure and rejection are key to success, because they push people to improve themselves and get better. People have become addicted to the validation they get on social media via likes and shares, Petrou said.

She said this results in an online culture where lack of validation is equated to failure.

Having been declined by a long list of publishers, Petrou said she knows both rejection and failure can be difficult to cope with.  She said that while it can be difficult to be told that one’s work isn’t good enough, it’s important to remember that’s not a shutdown of the work, but an opportunity to get better.