The glass vista of the Ryerson Image Centre’s (RIC) west facade, previously lined with images of celebrity artists, is being replaced with photos of Canadian artists in preparation for the New York Times’ donation of nearly 25,000 photographs.

The photo collection consists of press photography of Canadian news and will be introduced to the public in Ryerson’s upcoming exhibit The Faraway Nearby on September 13.

According to Paul Roth, director of the RIC, the photos will remain on the building for five years.

“We took down the current faces from the windows in preparation for tomorrow—we’ll be putting up faces of Canadians behind the glass,” said Roth.

In addition to the new banner, Ryerson’s campus will be featuring two installations as part of the Scotiabank Contact Photography Festival, keeping in theme of featuring local Canadian talent.

The first installation is surrounding the statue of Egerton Ryerson, featuring several images by Shelley Niro, her project called Battlefields of My Ancestors—a chronicle of photos on signboards of Canadian landscapes. The second is by Lori Blondeau—a collection of self portrait images pasted onto the rocks of Lake Devo, as a reminder of Toronto’s “pre-colonial history.” 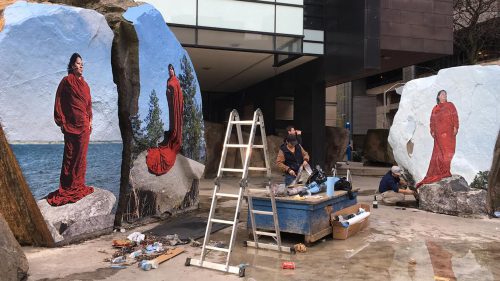 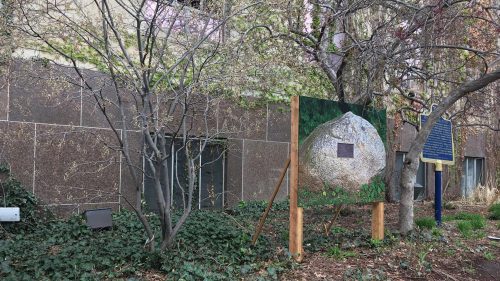 The Faraway Nearby will be on display between September 13 to December 10.