From dog sledding in Canada’s north, to caribou hunting in 1866, to small Ukrainian villages, the Ryerson Image Centre has four exhibits that explore Canada’s history through various artistic lenses.

Ryerson students, staff and visitors from the all over Toronto gathered on Sept. 13 to celebrate the opening of “The Faraway Nearby”, “The Notman Studio”, “Dog Team” and “Air of Uncertainty.” 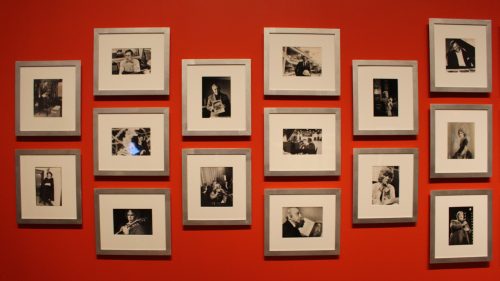 The most anticipated exhibit, “The Faraway Nearby” features over 200 out of 25,000 Canadian life and culture photographs from the New York Times photo archive. All the selected photos showcase a century of Canada’s history from the perspective of America’s leading publication.

The setting of the exhibit resembles a newspaper, guiding the viewer through photos divided into national news, arts and culture, sports, travel and international news.

The photographs were often of notable Canadians, as well as important political or global events. There are photos dating from the 1900s of royalty visiting the country and former Canadian Prime Minister Pierre Elliot Trudeau dancing, riding a motorcycle and playing hockey.

With hundreds of photographs to choose from, Denise Birkhofer one of the curators for “The Faraway Nearby“, said it took several months to look through every single photo and finalize which ones to add to the exhibit. 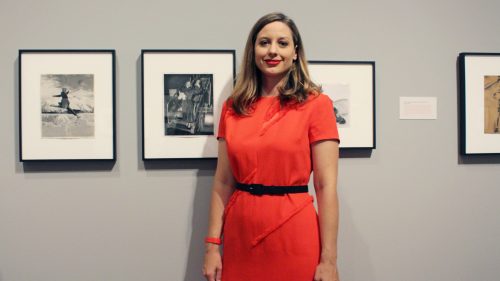 Denise Birkhofer one of the curators for “The Faraway Nearby”

“These are stories of Canada in many viewpoints,” Birkhofer said. She wants the audience to understand that, “there are many voices that came together in these images and that [many] people have come together to create them.”

There are also three other exhibits open to the public.

“The Notman Studio” is an exhibit curated by Emily McKibbon that shows photos from William Notman’s photography enterprise. These photos capture the essence of Canadian pastimes in 1858 to 1915, the period Notman spent in Canada after emigrating from Scotland to Montreal.

“Dog Team“ by Inuk director and producer Zacharias Kunuk, is a video installation on Inuit history and culture. Kunuk uses his art to illustrate the history of colonialism.

Paul Swanson’s “Air of Uncertainty” gives the audience a glimpse into life in rural western Ukraine during political crisis and agricultural instability. Many Ukrainians from these regions immigrated to Canada to help settle the west in the late 1800s to the early 1900s. 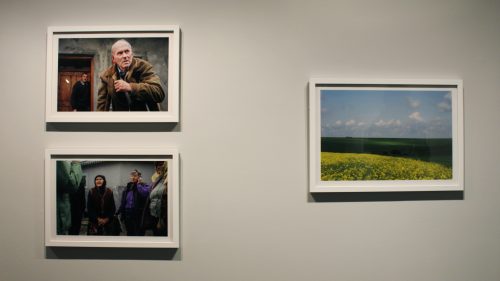 Ryerson President Mohamed Lachemi was present and delivered a speech, praising the success of the exhibits and encouraging students to learn more about Canada through these artistic lenses.

All four exhibits are open to Ryerson students until Dec. 10, 2017.