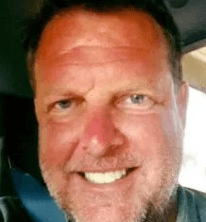 Steve Vogelsang, 53, was charged with two counts of robbery on Saturday morning around 3 a.m., where he was found in a hotel in the same area of the incidents, according to police.

Medicine Hat police responded to the scenes of two Alberts banks—Royal Bank of Canada on October 19, and Bank of Montreal on October 20, where Vogelsang “entered the business and demanded a sum of money before fleeting the scene with an undisclosed amount of cash.”

Ins. Joe West said that Vogelsang passed a note over to bank tellers, demanding the money be given to him.

“There was no weapons seen or threatened with,” according said West. “When he was arrested he was cooperative with the arrest, and was arrested with no incident.”

Vogelsang is scheduled to appear in court on Oct. 26.