RSU president Susanne Nyaga said Amazon started shipping the packages to the student union office just after orientation week in September 2017. She said the first package contained wireless headphones, a Wi-Fi range extender and a tiny toy tank. There was no information on the package indicating who the purchaser was. Nyaga said she thought it was strange and that the box must have been sent by mistake. 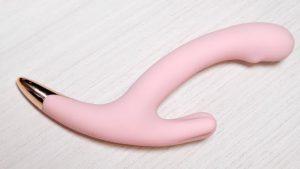 “Soon enough these boxes are going to keep piling up in my office and it will become a fire hazard,” said Naidu, half joking.

After the first few boxes arrived at the RSU office in the Student Campus Centre, Nyaga and Naidu contacted Amazon to find out who the sender was. Amazon told them it was a privacy issue to reveal that information. Amazon also refused to take the packages back since the RSU was not their original purchaser.

According to Amazon’s return policy on items a receiver didn’t purchase, they can return the package by using the order number that is usually on the box. However, if the item is purchased from a third-party seller, the original purchaser must be the one to return it.

“If this is a prank—good job it happened. This is a lot of money you’re investing into a prank”

Naidu said he filed a report with Ryerson security last semester and asked the university’s shipping and handling department if they knew who the sender was—but he hasn’t heard anything back.

Ryerson security did not respond to these reports in time for publication.

Nyaga and Naidu said that since they are always busy managing the student union, they cannot make the packages a priority. They haven’t bothered to estimate the amount of money spent on the items, but they have had to come up with an “action plan” on how to deal with the boxes being sent in higher frequency. 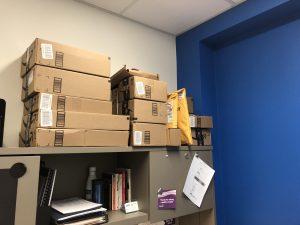 Some of the packages pile up in the RSU. Photo: Alanna Rizza

Their next course of action is to give the items away to charity. Most of the items and boxes have already been re-sealed and packaged.

Nyaga said she doesn’t know if this is a prank or if someone has just seriously gotten their own address wrong.

Nyaga said she encourages the sender of the packages to come to the RSU office located on the third floor of the Ryerson Student Centre and collect them.

“Do you want your Amazon boxes back? Because we’re good, we don’t want them.”