I remember the first time I got lost in Kerr Hall.

No first-year wants to be the rookie who shows up late in front of the whole class, so I had memorized “Kerr Hall South 335” from my weekly schedule. But my memory was no match for the maze that is Kerr Hall.

Figuring out that I had to go south was easy, but having to circle around a building five minutes before class was a whole new world for me. As I headed towards the classroom, I heard a voice (my professor) welcome everyone to the class. At this point, I knew I was too late and I opted to head into the room with my head tucked down. Everyone in the class was looking at me, and I’ve never felt more embarrassed walking into a room.

Little did I know, I was just getting started. This was going to be the first of many times I’d get lost at the Hall.

Bordered by Gerrard, Church and Gould Streets and the Nelson Mandela Walk, the brick Kerr Hall building is a core part of Ryerson University’s campus. Kerr Hall, which surrounds Ryerson’s only green space (the Quad), is a building with four sections that was built during the 1960s by architect Burnwell R. Coon. Named after the first principal of the Toronto Normal School, Howard Hellen Kerr, the square building consists of a North, East, South and West wing.

The statue of the man Ryerson is named after Egerton Ryerson. That’s outside Kerr Hall. The big clock? That’s on Kerr Hall. It houses lecture halls, dance studios, tutorial rooms, science labs, fashion design studios and more. And its interior consists of hallways that resemble a highschool—something that only reinforces Ryerson’s Rye High nickname.

Even though the building has signs to point out different areas, I think it’s safe to say that the navigational aspect wasn’t a big part of their plans during the initial period of construction. Figuring out Kerr Hall has always been a problem for students. 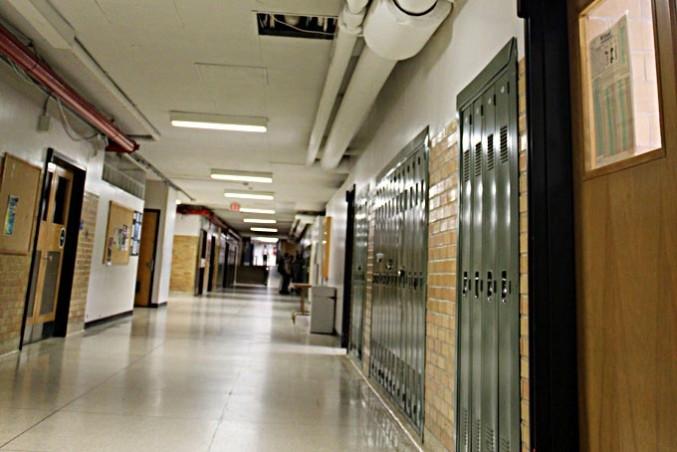 Some of the classroom numbers aren’t in order, there’s a lot of manipulative pathways and there aren’t a lot of strict signs that tell you where you’re going.

Julian Reyes, a fourth-year graphics communication management student, said that the building has always been one he tries to avoid.

“I got lost multiple times,” he said. “Especially when I had more than two classes in there.”

Eventually, going inside and out of the building got annoying for Reyes, leaving him with no other choice but to always enter from the South wing.

“I’d find myself walking in circles for minutes trying to find my class, not knowing that some of the buildings didn’t connect to each other.”

Reyes eventually found a couple of shortcuts around the building, but it took him nearly “two-to-three years” to do so.

“I don’t like going there,” said Anthony Galati, a fourth-year business management student. “I still get lost searching for classes… it feels like a never ending hallway that leads to a new part I’ve never been to each time.”

After his experience in Kerr Hall, Galati told all of his friends to stay as far away from the building as possible, saying that it was a “pain” for him to get to class on time.

It’s practically a right of passage to get lost in Kerr Hall in first year. It happens to everyone. Being an integral part of the school, you’ll probably have to face it at some point, and when that time comes, it’s better to be prepared.

When it comes down to it, the Hall isn’t even that bad. There’s a gymnasium on the second floor of the West wing, a bunch of newspapers and flyer stands and much more. You can also learn a lot from exploring this building, which could ultimately help you get to your destination.

If you get stuck inside the Hall, there’s a lot of things that you could do. If you end up in the middle of nowhere, you could think about bringing a compass. If you’re at the SLC and don’t want to walk towards the building, you could take the second floor pathway from Jorgenson and go to the West wing of the hall. And if all else fails, you could stop, take a breather and ask someone for help.

Figuring out Kerr Hall isn’t easy. It’s tough to deal with, but it’s completely normal. Eventually, you’ll get over it. I know I did.