People on the outskirts of traditional racial and ethnic categories can create an uncertain feeling of being “in between”—a simultaneous embrace and rejection, Tyler Griffin writes

Growing up, I spent my summers in the damp heat of Bangkok, playing football with local boys whose language I could hardly speak. The memories I have in my mother’s hometown, where half my family still resides, are vague: riding horses, practicing taekwondo, reading Roald Dahl by the beach and  learning how to embroider from my aunts. I particularly always looked forward to Songkran, the Thai New Year’s celebration, when the entire country takes part in the ultimate fantasy of an eight-year-old: a nation-wide water gun fight.

I cried the majority of the 20-hour flight back to Canada, dreading the life I was returning to—the teammates on my rep hockey team who would address me strictly as “Asian” instead of my name, the friends who would pull back their eyelids when my mum walked out of the room, mocking her appearance or the classmates who made dramatic gag noises when I pulled out my Phat si-io and Yakult at school.

But every time, I laughed along with it all. I didn’t want to upset anyone, but I was desperate not to be reduced to the butt end of another cheap Asian joke. So I stopped speaking Thai and told my mum I didn’t want to go back. I was intentionally rude to my relatives because some part of me blamed them for what I faced at home. One day I sat down and pressed in the outer corners of my eyes for 10 straight minutes, hoping I could make them look less squinty and more like my blonde, Scottish, green-eyed father. I didn’t want to be Thai anymore.

The experiences of individuals who identify as mixed-race or ethnically mixed are unique in relation to privilege and identity, whether it be from being visibly excluded, to being made fun of for an accent or having a home culture that differs from the ones on TV. Those experiences can contribute to a sense of being within and without the community one is supposedly a part of.

Dr. Camille Hernández-Ramdwar, a Ryerson associate sociology professor, said that this “in-between” feeling creates uncertainty for people on the outskirts of racial and ethnic categories. Existing outside of those limits could mean being embraced, but there’s the risk of being rejected—sometimes, it’s both. “It’s very destabilizing,” Hernández-Ramdwar says.

While a mixed identity collective could, in theory, have some sense of solidarity, the different identities of each person makes common ground hard to find

A 2017 Ryerson study from the faculty of community services explored racism against mixed-race individuals, in which author Shala Nakaw Symonds, who has a masters in social work, touches on the need for community. When your culture exists outside of traditional and distinguishable ones, mixed people can be isolated and left without an outlet to share their unique experiences with racism. One participant in the study said they felt “‘stuck’ in white spaces,” with less sense of a community than a monoracial person might have.

At Ryerson, students have opportunities to learn about specific cultural identities by participating in student group activities, such as those of the South Asian Alliance or the Caribbean Students’ Association. But for people with multi-ethnic identities, these groups can fall short, because they don’t encapsulate their full experience. While a mixed identity collective could, in theory, have some sense of solidarity, the different identities of each person makes common ground hard to find.

For those of us with mixed ethnic identities, assimilation is often a mode of survival.  I learned quickly there were few spaces where I wasn’t an outlier, so I found ways to blend in. I was white-passing enough to be included, but with stark reminders that I was not the same as everyone else. A pseudo-acceptance from my peers made throwing away my cultural identity an easy trade-off. But as I grew older, I came to realize what I’d lost in the process: ties to relatives, family history and, perhaps most importantly, a real sense of belonging.

“But where are you really from?” her teammate persisted, as if it were the most normal question in the world to ask someone at a track and field meet. The answer was, of course, Credit Valley Hospital in Mississauga, where Mckenzie Small, a now-second-year forensic science student at the University of Toronto, was born 19 years ago. Surely, she was just curious, but Small knew her teammate just didn’t believe Small was from here. It’s a game she’s played, reluctantly, hundreds of times before.

Small was the only biracial girl in her elementary school of 100 people. Questions of identity defined Small’s childhood as the product of a Ukrainian-Polish mother and a Barbadian father. As if there was a sense of doubt that didn’t apply to other people when she said she was from Canada, the repetition and emphasis on the “really?” reminded her of her otherness. She struggled to find answers when people challenged her to pick which side she was most comfortable with.

Symonds categorizes those “really” questions, and similar comments, as microaggressions: unconscious expressions of racism that come out in the form of seemingly innocent questions. A common one for Black women is being asked if someone can touch their hair—a gesture that Small knows all too well.

“Of all the questions I get, most of them are about my hair,” Small writes in a piece for the The Globe and Mail. “Yes it’s hilarious how I could hide anything in it. Yes, I do brush and wash it. Nope I’d rather not straighten it, I kind of like it. Fine, touch it. My hair is a mobile museum for some people,” it reads.

Black women face heavy social pressure to change their appearance in order to fit European beauty standards. According to Symonds’ study, notions about beauty surrounding physical features like hair, nose and complexion are often revolved around Eurocentric and caucasian features.

One day, one of her cousins referred to Small’s hair as “Black hair.” She recalled feeling offended that she would ever call it such a thing. Her white mother defended her hair in a way that belittled the beauty of Black hair: “She has mixed hair, not black hair.” Too Black for the white girls and too white for the Black girls, Small took to making friends with a group of Filipinx kids, who taught her about their culture and never made her feel inadequate. “It had more to do with my insecurities than anything else, but I was grateful for those friends.”

“My hair is a mobile museum for some people”

Although blending in or assimilating might work for some mixed kids, Hernández-Ramdwar says these options aren’t available for people of non-white mixes. Kaylah Wilson, a fourth-year marketing student at Ryerson, often gets asked if she speaks “Chinese.” “First,” she replies, “Chinese isn’t a language.” But shamefully, she replies no, and is almost always pressed to justify why not.

Wilson, removed from her Chinese origins, identifies more with her Jamaican side, and never even had the option of fitting into white spaces. Hernández-Ramdwar attributes that lack of space for mixed race people to colonial history. “If you could pass for European…your life was going to be infinitely better than someone who wasn’t [able to].”

For Small, suppression of her Black roots extended beyond her curls—she purposely distanced herself from her fully Black half-sister as children because she didn’t want to be associated with her Blackness. She only saw her a few times a year, but didn’t make a conscious effort to do more than that.

When Small was 10, her sister gave birth to a daughter. But as a result of their soured relationship, she missed out on the first few years of her niece’s life. “There’s a hole in my relationship with my niece…and it’s something I’ll have to live with.”

Having spent most of her life in a state of limbo, Small had never known a place to feel like home until she returned to Barbados this past summer. It was her sister who introduced her to the people and culture. Although she’s lighter than most of the people there, they never made her feel like an outsider. For once, she was at ease.

But even with that, she’ll always have to wonder who she would have been if she had allowed herself to reach out to her sister during the first 13 years of her life. Her mixed identity is also a mix of curse and blessing. Cursed to feel eyes on her because she looks “different” every time she walks into a room. Blessed with two Christmases, flying fish and Barbadian Cou-cou, and her grandma’s Polish Kapusta.

Tamara Habesch grew up knowing almost everyone in her hometown of Amman, Jordan. When she went out with friends, she’d see everyone she knew. “Who are their parents?” her mother would ask, because she knew every family. People in Jordan are prideful of their roots. A culture of isolation and solitude reigns more in the Western world, but in Jordan, they’re passionate, highly-social and never without visitors.

In high school, every other visibly Middle Eastern person was suddenly her sibling or cousin. They started making comments on her Middle Eastern friends’ body hair, calling them “pube head.”

Out of embarrassment to call herself Arab, Habesch began to assimilate as a means to survive. She started faking a Canadian accent but the enunciation of words were so different than they were in Arabic that it would put a strain on her jaw. “I’d go home and be in physical pain.”

It wasn’t until she visited her brother at the University of Toronto, home to a diverse range of cultural identities, that she made a conscious decision to get out of the suburbs and move to a more multicultural city. She came to Ryerson and stopped assimilating, to a certain extent. For once she felt she could just be herself. She even worked on losing her fake accent in favour of her natural one.

Habesch still feels like an anomaly and her only solace comes from when she’s immersed in Jordanian culture. But being mixed means your identity isn’t always immediately accessible to you—sometimes it’s there and sometimes it’s far away.

Now, Habesch is trying to figure out who she is while simultaneously trying to regain who she once was.

Experiencing extreme culture shock at a time when you’re supposed to be figuring out who you are for your adult years has its lingering effects, but she views those burdens with purpose; they’re a reminder of how far she’s come fighting for her identity.

Habesch returned to Jordan again this past summer. She felt immersed in her culture as soon as the plane landed. The years spent changing and adapting made it easier for her to step outside of her comfort zone. Now she can adjust to any environment or subculture, allowing her room to try new things and to grow as a person. 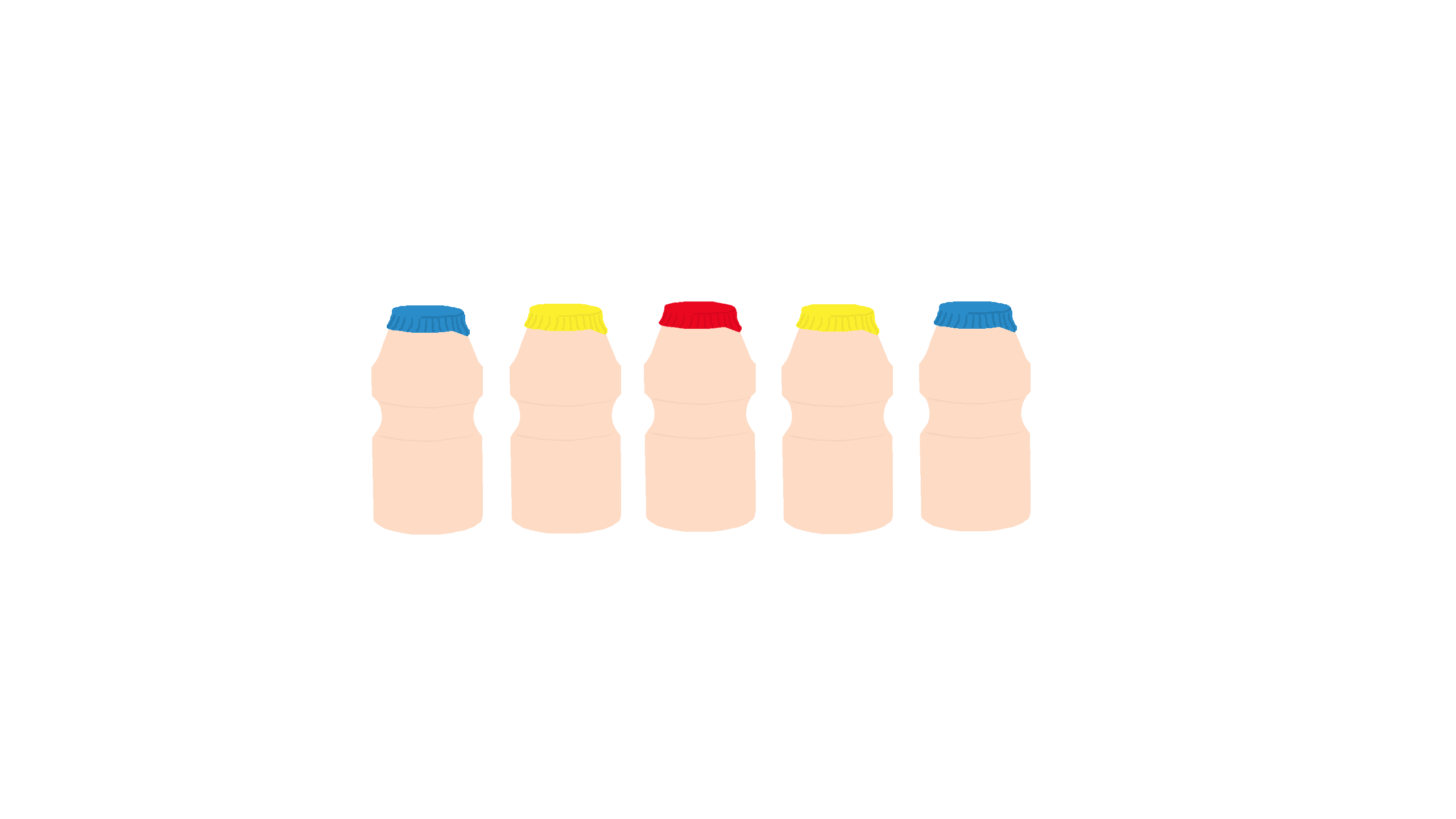 I didn’t cry once on the 20-hour flight coming back to Canada from Thailand, where I spent my first summer since the age of 10. I rekindled relationships with my family, made new friends and honoured old traditions. Thailand has changed a lot since I was a child, but my aunts cried and hugged me the same when they dropped me off at the airport terminal a decade ago.

I left, still facing doubt and uncertainty about my place in Canada, but now with a better understanding of who I am and where I come from. For the first time since I was 10, I felt proud to be Thai. I looked out the window at the bustling city infrastructure, the idyllic islands and clear blue water, at the crumbling temples and relics of centuries gone by. I’ll see it all again soon, I thought.