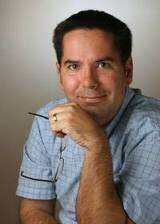 The associate dean of the Ted Rogers School of Management is suing Ryerson University for breach of contract and defamation after he was banned from campus amid allegations of harassment, according to a Toronto Star report.

James Norrie was placed on paid leave in March when the university began investigating rumours accusing him of “profanity directed at persons, ridiculing or belittling persons and other inappropriate action,” according to court filings. The university told Norrie to stay off campus but allowed him to keep teaching one course because no replacement could be found.

In a court hearing on May 18, Ryerson’s legal representative, Stephen Gleave, said a large number of complaints had been made against Norrie and the university is currently conducting an investigation that could involve up to 20 people, reports the Star. Gleave also said Norrie defied the university’s orders and went on campus last month to confront the people who had complained about him.

Janet Mowat, director of public affairs at Ryerson, said the university would refuse to comment on the issue out of respect to Norrie. Ryerson has yet to issue a statement of defence.

Norrie became a tenured professor in 2007 and signed a five-year contract for the TRSM associate dean position in 2008. Norrie taught in the department of Information Technology and was an active member in the Digital Media Zone and SIFE Ryerson. Norrie is well known for his stint on season one of Dragon’s Den where his interruption caused the Dragons to rip up a $200,000 cheque for a group of Ryerson entrepreneurs.

He is seeking damages totaling $575,000, a public apology in a national newspaper of his choice and a court injunction allowing him to attend convocation ceremonies in June. Norrie’s request for an injunction is scheduled for June 13.

With files from Rebecca Burton