After the release of their killer 2010 album Champ, I sat twiddling my thumbs, waiting for indie rock band Tokyo Police Club to bless my eardrums with another solid record. Forcefield delivered.

Four years in the making, Forcefield is one of those albums that grows on you after a few listens.

“We ended up rediscovering energy and guitars and simple, direct songs,” lead singer and bassist David Monks said in a press release, something that definitely shows.

Released on March 25, Forcefield has a greater pop influence than anything Tokyo Police Club has ever produced — but with this new sound comes a list of pros and cons. On one hand, it’s good because the danceability of some of the tracks gives them the potential to become mainstream bangers, but on the other hand, there are bound to be die-hard fans who claim the band is “selling out.”

Backed by punchy guitar riffs and a hint of tambourine, the four Newmarket boys — David Monks, Josh Hooks, Graham Wright and Greg Alsop — have attained what can only be called “chorus perfection,” meaning they’ve created choruses so catchy that listeners will mumble them in their sleep.

Almost like a hipster version of One Direction’s “What Makes You Beautiful,” the album’s second track,”Hot Tonight,” is a high energy, feel-good indie song that could very well be the song of the summer. Lyrics like “Sitting on the curb and it’s hot tonight,” and “2 a.m. is bright from this sight of the street” remind you of warm temperatures and make you want to get piss drunk in a park on a Tuesday night.

The song contrasts “Argentina (Parts I, II and III)” nicely. Both are loads of fun but where “Hot Tonight” is perky, “Argentina” flows between moments of chaos and tranquility. At about eight and a half minutes long, it’s Tokyo Police Club’s longest song by far. Because it’s full of so many different elements — tempo and key changes, alternating drum patterns, changing dynamics — the song never gets boring.

Forcefield is the soundtrack of youth — breakups, rebellion and being carefree while making memories and bad decisions — without being pretentious.

Remember, the next time one of your favourite bands goes on hiatus, be patient. They could be busy making magic like Forcefield happen.

The Verdict: Four-and-a-half drunk summer nights out of five. 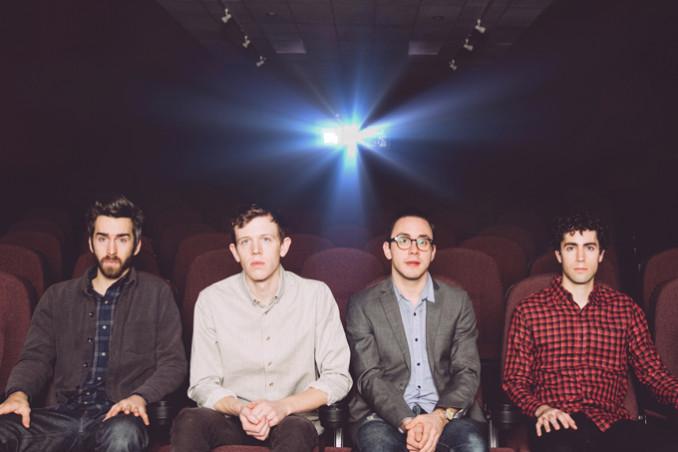