The second-placed Ryerson Rams faced off against the third-ranked Waterloo Warriors Sunday afternoon at the Mattamy Athletic Centre. The final game of the 2014-15 Ontario University Athletics (OUA) season saw the Rams win the game in four competitive sets (25-19, 19-25, 25-18, 25-19).

Ryerson extended their lead in the first set by as many six points, taking the first set in convincing fashion (25-19). Waterloo responded with a strong second set performance and ultimately flipped the score in their favor, taking the set 25-19.

After losing the second set, Rams head coach Mirek Porosa inserted outside hitter Robert Wojcik and setter Adam Anagnostopoulos into the game to give the team added momentum. The move paid off as Ryerson won the third and fourth sets in convincing fashion (25-18, 25-19) to win the match and end their regular season off on a high note. 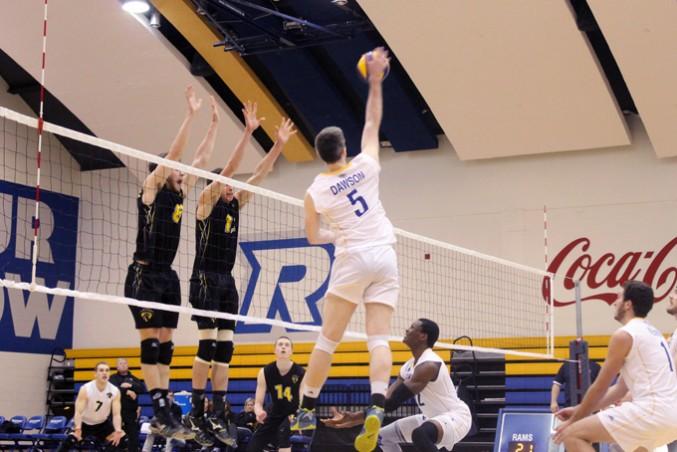 Lucas Coleman led the way for Ryerson offensively with 11 kills and four blocks. Alex Dawson and Marc Reardon were second with nine kills each.

The game also was the final regular season game for Rams players Reardon and George Sakvarelidze. The two were honoured before the game for their hard work as student athletes. They are both set to graduate this year.

Head coach Mirek Porosa talked about the role Reardon and Sakvarelidze had played in their years at Ryerson.

“Marc exemplifies what it means to be a student-athlete in the Canadian system. He developed into one of the best blockers and offensive weapons in the OUA”, he said. “George set the standard so high. He always brings good energy and a great attitude as both a human being and a young man. It’s been an amazing five years with him.”

Reardon says he was thinking about how the team’s grown while he’s been a part of the program.

“It feels like every year we’ve gone up in the playoffs rankings,” he said. “My first year we didn’t make the playoffs. My second year we made the first round, and my third year we made the next round of the playoffs. Hopefully that’ll continue in this sort of chain this year. It’s been really amazing seeing how the team has grown over the past few years and I’m really proud of us.”

With the playoffs approaching, Porosa emphasized the importance of finishing the season on a winning note and carrying that momentum into the playoffs. When asked what he’ll be emphasizing most before the playoffs begin, Porosa said that “staying healthy, focused, hungry, fresh, and loose” is most important.

The Rams are slated to face off against seventh-ranked Windsor in the opening round of the playoffs this coming Saturday, Feb. 14th at the Mattamy Athletic Centre. 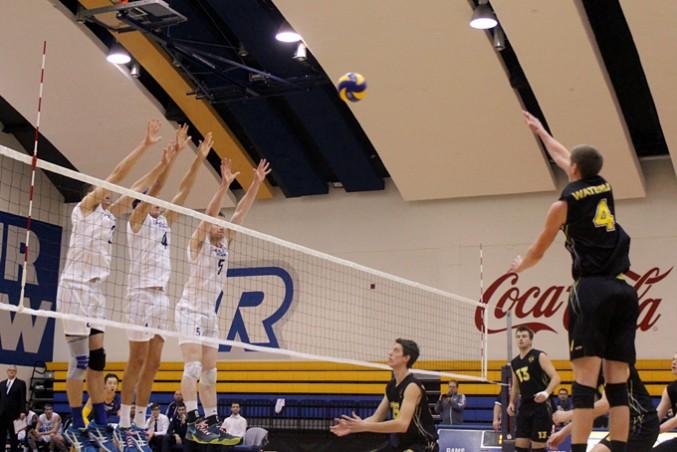