Ryerson ends the season in third place in the Ontario University Athletics (OUA) east division, while Ottawa sits in second. That means that Ottawa will host Ryerson in a winner take-all playoff game next Saturday, Feb. 14.  Head coach Dustin Reid is hopeful that a different Rams squad shows up for that game.

“Ottawa is a great team,” he said. “We were never going to be close if we didn’t play great defence and inspired level of play. But that didn’t happen today.”

All three sets played out similarly. Ottawa would open the scoring and keep a one or two point lead on Ryerson for about half the set. Then the Gee-Gees would find another gear and pull out of reach.

“We were close until 13 in each of the three sets,” Reid said. “I was disappointed that we didn’t have more emotion.”

With it being the final regular season game, the Rams honoured two players who will be graduating after this season, Chelsea Briscoe and Lauren Sokolowski. Briscoe finished second on the team with five kills in the game while Sokolowski came off the bench to open the game with the first serve.

“It was incredible,” Briscoe said of her four years with Ryerson while still excited about the playoffs. “We can look at today as a lesson almost and it’s going to feel even better if we beat [Ottawa] in their own gym.”

Sokolowski is the only player left from Ryerson’s last really bad team, which went 1-18 five years ago. She’s seen first hand the team emerge as a powerhouse in the OUA.

“It’s pretty surreal, it went by so quickly,” she said. “It’s been amazing to see the change … it’s really cool to look back and see how far we’ve come.” 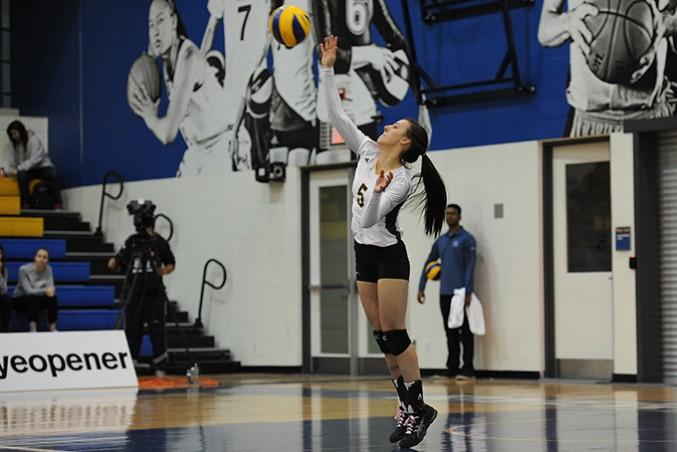