After a comeback win against the Dalhousie Tigers 90-79, the Saskatchewan Huskies can walk away satisfied with their efforts, moving on to the consolation final on Saturday.

The Huskies were behind at the end of the first three quarters, trailing by six going into the fourth. They went on to outscore the Tigers 25-8 in the fourth quarter to clinch the win.

After the final whistle, Huskies head coach Barry Rawlyk spoke on his team’s strength in the face of adversity.

“It’s not unfamiliar territory for us, because we’ve put ourselves behind the eight ball a few times this year,” he said. “That’s not a badge of courage, but I think it speaks to the resilience of the group of guys we have.” 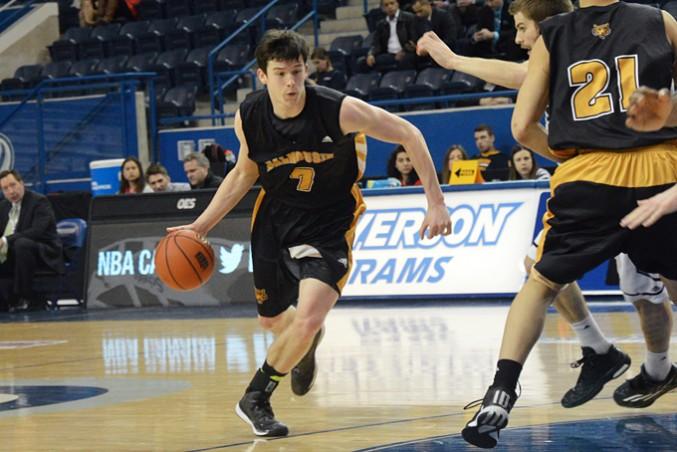 Although attendance numbers were low, the arena was buzzing with excitement at every play. The game was a close contest all 40 minutes, despite Dalhousie leading for just under 26 minutes of it.

Saskatchewan guard Evan Ostertag tallied 10 points in the fourth quarter, and was chosen as the Huskies’ player of the game.

Rather than speak on his impressive individual performance, scoring 39 points in 36 minutes on the court, Ostertag instead highlighted the team’s experience and character as a unit.

“The whole team dug in,” he said. “We didn’t want to go out on a blowout loss to Carleton last night, to then to lose again tonight. We’ve got a good group of senior guys,”

The Huskies move on to the consolation final on March 14 against the Windsor Lancers.