The Dalhousie Tigers miracle run to a national championship was ended by the Victoria Vikes, 57-56, at the Mattamy Athletic Centre Thursday afternoon.

Grant Sitton led the way for the Vikes with 19 points off the bench. Kashrell Lawrence had a game-high 21 points on 22 shots in a losing effort for the Tigers.

“They were in every sense of a word a tiger,” said Vikes head coach Craig Beaucamp. “They had us by the tail most of the night. We knew [people would see this as a mismatch] but we know all long what we would face tonight.”

The Vikes trailed the Tigers 28-24 at halftime but came alive in the third quarter thanks in large part to Marcus Tibbs.

Tibbs, who scored four points on a dreadful two for eight shooting from the felid in the first half, scored eight points on three for five shooting in the frame.

After Chris Mclaughlin gave the Vikes the lead, Tibbs scored two straight baskets, one of which was a tough and one layup, while the other saw him throw a beautiful no look dime to Hayden Lejeune.

The Vikes led 46-42 going into the fourth quarter. The Tigers eventually retook the lead after Cedric Sonogo hit a three off a turnover with a minute left. 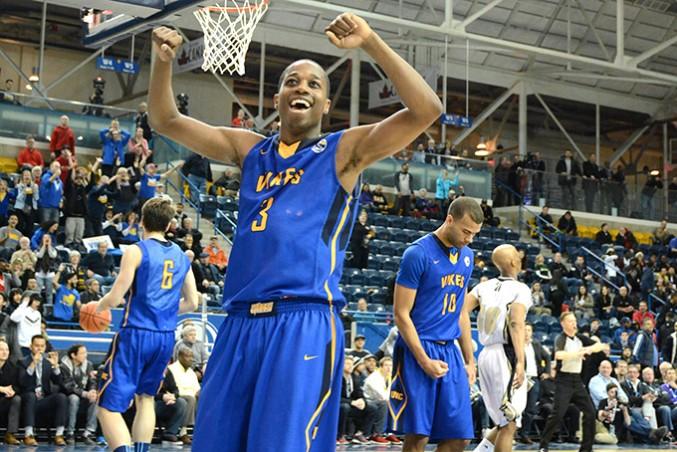 The Vikes coughed up the ball eight times in the quarter. Tibbs was responsible for half of them.

The Tigers rarely cashed in on the Vikes mistakes. The Tigers shot 34 per cent from the field for the game.

“They understand you win with defense but every once and a while you got to put the ball in the basket, ” said Tigers head coach Rick Plato.

Both teams only scored a combined 10 points with two minutes left in the quarter.

Lawrence gave the Tigers a 55-56 lead with 20 seconds to go in the game. The Vikes strangely decides not to call a timeout, which turned out to be a great decision as McLaughlin was fouled with six seconds left.

He knocked down both free throws to retake the lead, 57-56.

The Tigers called a timeout to advance the ball but Lawrence missed his game-winning attempt.

“I’m so proud of these guys,” said Plato. ” We had a lot of adversity. We came back three games in a row last weekend to win conference.”

The Tigers will face the Saskatchewan Huskies at 2 p.m. tomorrow in a consolation match.

Plato believes his team would be playing Carleton on Saturday if they had converted their free throws.

The Vikes will face the reigning national champions Carleton Ravens Saturday at 6 p.m.

“We know the strength of Carleton … we’re not kidding ourselves,” said Beaucamp. “We got to be the Dalhousie on Saturday. 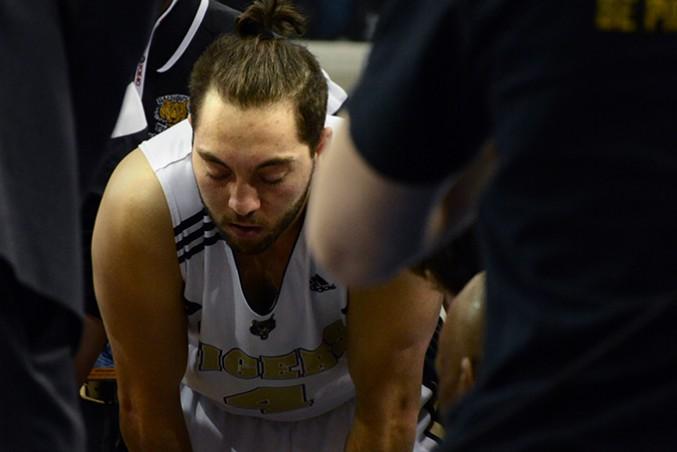