In a battle between the top two teams in the OUA’s East Division, Saturday’s men’s soccer match between the Ryerson Rams and Carleton Ravens ended in a scoreless draw.

Though there was no scoring, there was enough physical play on both sides to make up for it. A total of three yellow cards handed out between the two teams and many controversial tackles that were not called.

Ryerson midfielder Jackson Tooke noted games against Carleton always have a physical side.

“Every year we play Carleton, it’s our most physical game,” said Tooke. “We have a rivalry dating back a few years so that’s pretty much the basis of it.”

The first half of the game was fairly uneventful, with both teams playing cautious and most of the play was spent simply maintaining ball control. However, near the end of the half both teams traded chances, with Ryerson missing a great opportunity off of a corner kick, and Rams’ goaltender, Praveen Ahilar, having to come up with a big save on a shot by the Ravens from the edge of the box.

The best chance of the game came early on in the second half, when Raheem Rose got in alone and slid the ball past Carleton’s goalie, only for it to bounce off of the post. The game got increasingly rough as it went on, and when the final whistle blew, the teams were still chirping at each other.

When asked, Ryerson coach Filip Prostran noted Carleton has always had a physical team and thought his team responded well adjusting to the style of game.

“This was a style we hadn’t really gone up against,” said Prostran. “I thought our group dealt well with it.”

The Rams return to action when they travel to Oshawa to face the University of Ontario Institute of Technology Ridgebacks on Oct. 3rd. 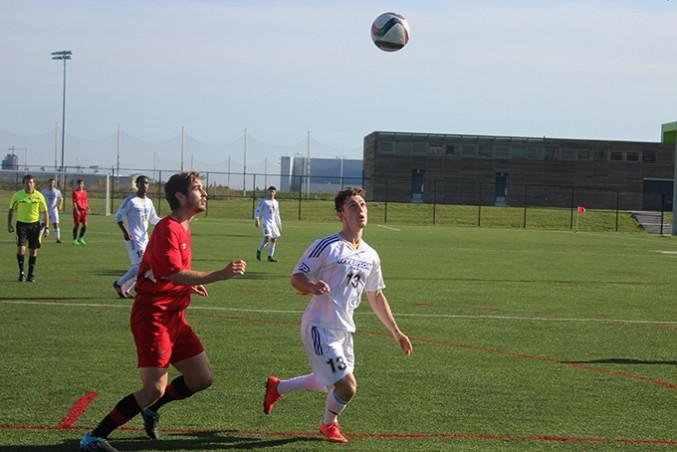