The sun is setting in Merritt, B.C., and splatters of pink and red hang in the sky. My partner Nathan and I have trekked up the side of Highway 5 just beyond an exit where our last ride dropped us off. We can hear the low thump of nearby music festival Bass Coast — the destination of our excited driver — over the hills and through the trees.

We approach a sign that says  “NO HITCHHIKING — PICKUP IS ILLEGAL” and stand directly underneath it with our thumbs out for the purpose of irony. We don’t expect to get picked up here for obvious reasons but we aren’t worried; the rolling hills surrounding us will make for beautifully illegal camping grounds tonight.

One minute after coming to rest under the sign, a huge silver pickup truck pulls over, containing a large dad-like man. I’m sure he’s going to rip on us for hitching here. But the kind, easygoing culture of B.C. prevails: he tells us to get in and brings us to Chilliwack, talking about lacrosse and his trailer park the whole way.

Just like that we find ourselves an hour from Vancouver, on the Pacific coast of Canada, after hitching for 11 days from Toronto. That night we camp behind an IHOP in a farm field and eat wild blackberries in the morning.

Hitchhiking for 25 days straight in the month of July was not without exhaustion of mind and body. Planting ourselves at the side of the road for up to eight hours was frustrating, as was getting caught in downpour with our thumbs out or lethargy under scorching sun. Nights, especially in brisk Ontario, saw us shivering with our sleeping bags zipped together. Some mornings on the dry-as-a-bone west coast, the sun spilled through the fly of our tent and we woke up drenched in sweat. We faced water shortages, we got lost in the woods at dusk, Nathan seriously injured his knee, we were sunburned and damp and mosquito-bitten. We slept on uneven ground but we slept soundly.

There isn’t anything about the journey I would change. It was the best sequence of 25 days in my life so far. Travelling 9,000 kilometres for free and feeling so completely connected to the land and the people who inhabit each part of it was a new and incredible feeling — and wouldn’t have happened by plane or train.

Maybe that’s why we aren’t alone in our decision to hitchhike.

Angela Leung, 31, is fearless. After graduating from Ryerson’s hospitality and tourism management program in 2007 she travelled extensively around the world. Couchsurfing for a while in Australia led her to dip her thumb into something new: hitchhiking, alone.

Drivers would pick Angela up just because she was a woman hitchhiking by herself — then lecture her about it.

“It was really funny because I was like, ‘I’m not afraid, but thanks for the ride,’” she says. Angela says what she has discovered about herself through hitchhiking is that she’s not like other people. She never got hung up on the possible consequences of hitchhiking, never had the seemingly innate human fear of the unknown. She threw herself into the experience. Drivers’ disbelief was amusing, she says.

“I’m Chinese — people are really shocked by that. First of all, being a woman, and second of all, being a minority, people have very concrete ideas of what they think a Chinese woman alone might act like, they would never imagine someone sticking out their thumb who looked like me.”

Angela has hitchhiked in Australia, Japan and all through Canada — Vancouver, Banff, Montreal, even downtown Toronto. She would snag a ride for a couple of blocks within the downtown core because it felt right; she was going with the flow.

As a single woman hitchhiking, Angela says she had an advantage over others on the road. She never had a hard time getting rides because a lot of the time drivers are lonely and want someone to talk to, and picking up a single female hitchhiker appears like a low-risk way to connect with someone.

“If you’re with one other person [the driver] feels like, ‘Oh, they could gang up on me,’ but if it’s two girls it’s easier to trust. If it’s a guy and a girl you’re thinking Karla Homolka, you know. If you have two guys, people get really scared.” 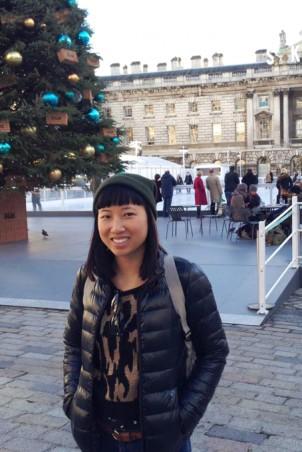 When Angela began hitchhiking back in 2008, she didn’t bring a cellphone with her. It was a different world then, people weren’t so obsessively connected. There was no wi-fi where she was travelling and she didn’t care to use the internet. She didn’t even bring a camera with her. She was backpacking by herself most of the time and was disconnected from the rest of the world.

“If I was murdered in any of these places nobody would have known for a really long time,” she says.

A culture around meeting strangers has evolved with the emergence of online dating sites and apps like Tinder, Meetup, and Airbnb, Angela Says.

“All that stuff is part of letting loose and jumping out into the unknown, and hitchhiking is just another one of those things,” she says. “It’s not more scary, it’s just a different way of engaging with people.”

Angela now lives in Toronto and works as a flight attendant. She travels a lot but has no big plans to hitchhike in the future. Still, if the opportunity arose she would snatch it up.

“It is life-changing and it is amazing,” she says. “You never would have met these people if you hadn’t just jumped into their cars.”

Benny Hunter, a fourth-year OCAD University student, hitchhiked to Montreal and back twice last winter. He documented it in the form of a multimedia art project consisting of three components: portraits of drivers in their cars; self-documentary video footage of himself at the side of the road waiting to be picked up or hanging out at gas stations and roadside cafes; and recordings of conversations with drivers. He cut down hours of audio clips into a 10-minute sequence that reflects his feelings about life.

“I felt that to put myself in this kind of position… I would kind of be crossing the divide that separates people.”

“I was interested, while hitchhiking, in this idea around intimacy and community and how I feel like nowadays we live in a society that’s kind of lacking in that,” Benny says. “There’s a lot of alienation, isolation and fear. I felt that to put myself in this kind of position, to be a traveller, put myself at risk, I would kind of be crossing the divide that separates people.”

Between 15 and 20 drivers picked Benny up on his journeys — he learned intimate details about their lives, their personal stories, their backgrounds, politics, professions, families. They opened up to him like they had known him for a long time, affecting his feelings of connectedness to people in general.

“One of the great things about hitchhiking is you get such a cross section of society that [is] willing to pick you up,” Benny says.

He found that, having a camera, some drivers were slightly uncomfortable being subjects. In addition, he was only picked up by male drivers, and acknowledges his privilege hitchhiking as a white man.

A strikingly high number of Aboriginal women have been killed or gone missing along the “Highway of Tears,” a stretch of Highway 16 in B.C. that passes through many small communities and native reserves that lacks a transit route. These numbers reflect the obvious dangers of hitchhiking for women, especially those of Aboriginal or other racialized backgrounds.

Benny says he doesn’t know very many people who hitchhike. When he presented his art piece a lot of people weren’t very interested beyond safety concerns. Hitchhiking is much more taboo than it used to be, he says. 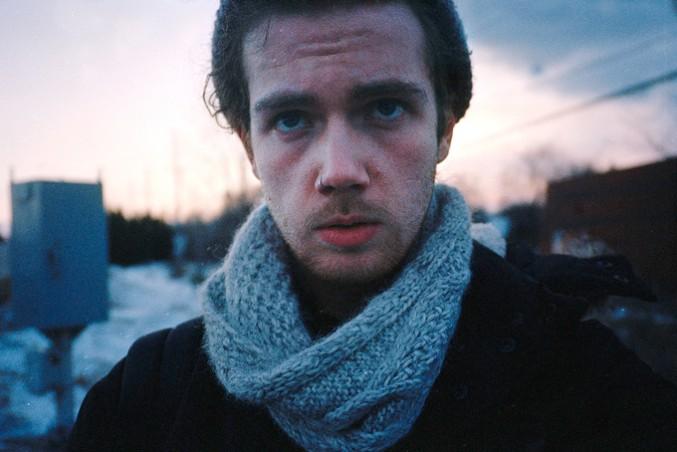 “I think there’s a climate of fear that’s been built around strangers and ‘the other’ by media and by society and I don’t think people consider it to be a safe activity,” he says.

Writer Jack Kerouac and much of the Beat Generation gave hitchhiking a clichéd sense of breeziness in the 50s when it became a popular way to travel. Benny says this romanticized version of hitching in films and books compelled him to try it — but in the winter.

“It was pretty horrifically cold,” Benny says. “At one point I waited by the roadside for an hour and it was minus 20 degrees C. The pictures kind of have that edge about them, which isn’t that typical summer romanticized road trip. And people take pity on you a bit more when you’re standing in the cold.”

On Salt Spring Island, B.C., at either end of the main town Ganges, there are wooden signs with destinations intricately painted on them — donated by a local to help out hitchhikers. Cars pull over in minutes without fail; even bus drivers will stop and let hitchers on free of charge. People like Michele exist here — the man who picked up Nathan and I, offered us a spot on his oceanfront property to pitch our tent, cooked us dinner, told us stories of his life as a mariner (and the time he slept at a police station with a pound of weed in his backpack and didn’t get caught), gave us breakfast and good coffee in the morning. Salt Spring is a utopia for travellers, one of the surviving hubs of hitchhiking culture.

The way I look at distance has completely changed after this summer. The world feels much smaller once you’ve glided through it in a series of vehicles containing complete strangers with infinitely different worlds. Not only did we explore the earth, we explored a jumbled handful of the humans that live on it.

We’ll probably never see Michele the Mariner again, or any of the 44 other drivers who pulled over for us, but we won’t forget any of them, either. Sometimes trusting people leads to good things.