The equity service groups on campus have gone through 135 per cent of their budget only four months into the fiscal year, according to the first semester revenues and expenditures report. 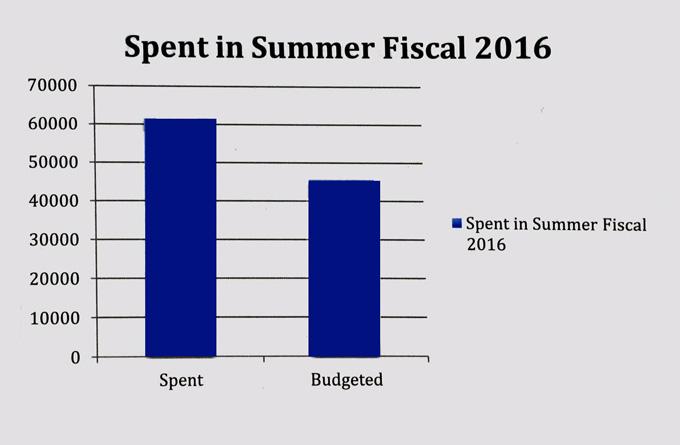 The report, which was reviewed at the Board of Directors meeting on Sept. 30, calculates the actual spendings of different factions within the RSU budget between May 1 and Aug. 31.

At this time last year, equity service groups had spent more than half their budget for the 2014-15 fiscal year.

RSU vice-president operations Obaid Ullah, who presented the report, said that RyePride in particular had a calculated over-expense of 460 per cent of their budget.

“My finance committee is doing a lot of the digging into the actual details,” said Ullah.

The overspending is said to be the result of a costly Pride Week, more staff being hired and a delayed financial contribution from the Continuing Education Students’ Association (CESAR).

“An agreement was signed with CESAR and they are supposed to pay a service fee to the equity services, because now they own it as well,” said Ullah.

However Rabbia Ashraf, vice-president internal of CESAR, said that until now, $6,475 was issued to the RSU for their spring and summer contribution as per their agreement.

The agreement between the two student unions was signed on April 22, between CESAR President Denise Hammond and the RSU’s  former President Rajean Hoilett before he left office.

The budget report states the main reason for overspending is that staff are not tracking their expenses or following the budget.

“At the beginning of the year I think it was a little challenging for us not being transitioned from the previous executive. So just to get the hand of what’s good and what’s not,” said Ullah.

Scott said this was the first year where all the equity service groups hired staff and held events over the summer.

“As equity service centres continue to grow, we’re seeing a bit of the difficulty,” he said. “I think there’s been a bit of a learning curve to seeing what the reality is that our budget is facing.”

Every year the RSU is expected to allocate $230,000 to the capital reserves in order to accumulate savings — though an excess of expenditure leaves the RSU with no option but to dip into the reserves instead of adding to it.

“It doesn’t accumulate, because you have to cover yourself. In the past two, three years that’s what’s been happening,” said Ullah.

According to RSU President Andrea Bartlett, this year’s $2.1 million budget sits in the same account as their savings.

“Our chequing account and our capital reserves are in the same account. Obaid and I are really pushing for the capital reserve to be in a GIC (Guaranteed Investment Certificate), it’s no risk, it grows a little bit every year, and it’s secure.”

Bartlett said the executive team will be sitting down to discuss how funding for equity group events will take place for the rest of the fiscal year.

“We can’t continuously spend without pulling from somewhere else.”