Ryerson’s Manny Diressa considers himself pretty typical. He’s from Toronto, studies business at Ryerson, goes to church, has a job (two, actually) and does the majority of his studying — like most of us do — right before exams. Except what isn’t typical about Diressa is that he’s one of the premier players on the top-ranked university basketball team in the country.

Diressa has had a successful career on the court before joining Ryerson. He led his Eastern Commerce High School team to a south region and city championship, winning the team MVP honours. Out of high school, NCAA division one schools recruited him, before he eventually settled in Cookeville, Tenn., joining the Tennessee Tech Golden Eagles for the 2012-13 season.

But things didn’t go as planned. He averaged just less than nine minutes per game in his first year and played about half as much the next season. It was then, Diressa said, that he needed to make a change.

“I never felt like I got the opportunity that I deserved. That’s part of the reason why I left,” said Diressa.

While such a setback might end the careers of many, it made Diressa’s stronger. It was at Tennessee Tech where he learned to deal with players that were bigger, faster and more athletic. He decided to take what he learned down south and come back to Toronto, where then Head Coach Roy Rana welcomed Diressa with open arms. 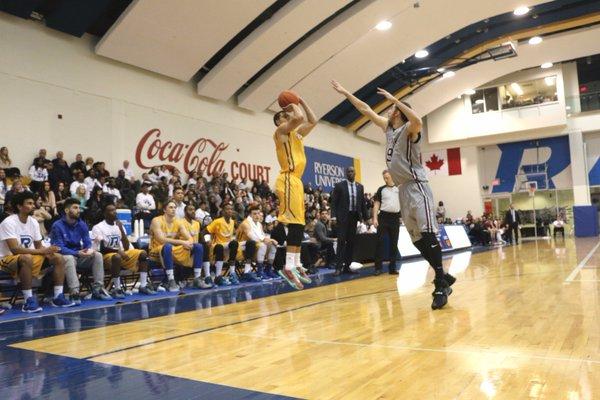 “I thought Ryerson had a good program and a lot of guys I know play there,” he said.

It wasn’t just Diressa’s experience at Tennessee Tech that made him a better player, but religion too, which plays a huge role in his life. He goes to church often, citing his faith as one of his major influences on the court.

“When I get angry over little things or maybe complain to a referee, I like to focus on the bigger picture, then it’s easier for me to avoid those negative thoughts,” he said of his faith.

Maybe the best part about all of Diressa’s success is that he’s able to work two jobs that give back to the community in addition to everything else he does. He works at the Regent Park Community Centre as well as the Toronto Kiwanis Boys and Girls Club.

“It doesn’t even really seem like [I’m giving back.] I don’t know. I just like to be a person that gives back because I’ve been given so much,” Diressa said.

One of those things he was given came last week. He won the CIS male athlete of the week award after leading the Rams to wins over both the Ottawa Gee-Gees and the Carleton Ravens (who last week were ranked one and two in the country, respectively, before Ryerson overtook them), averaging 25 points a game for those two contests. Before the big weekend against Carleton and Ottawa Diressa had been in somewhat of a scoring slump, but it was fellow teammate and friend Jean-Victor Mukama who wasn’t at all concerned with his teammates play. 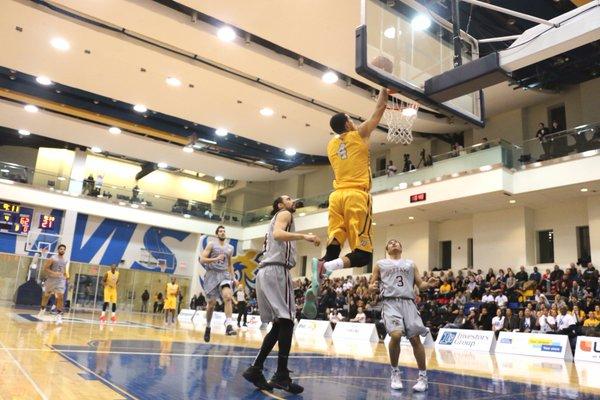 This pushed Diressa’s season average to 15.7 points per game to go along with 4.4 rebounds and 3.3 assists while shooting almost 50 per cent from the field.

After a quiet night against the Brock Badgers this past Wednesday — only netting six points — Diressa exploded Friday night against the University of Laurier Goldenhawks putting up 21 points and six rebounds. It’s performances like these, that make fellow teammate Jean-Victor Mukama laugh and give praise.

“Manny’s one of those guys who’s very quiet, and we tease him sometimes about not celebrating. But he’s Manny you know? he’s a very underrated shooter,” Mukama said. “ He can also explode off the bench. A lot of people because he was in somewhat of a shooting slump earlier in the season, slept on him, but against Ottawa and Carleton showed people what he’s capable of.”