A report published in June said 42 per cent of the Canadian workforce is at high risk of being impacted by automation over the next two decades, meaning robots may alter many current jobs.

The study, which was conducted by Ryerson University’s Brookfield Institute for Innovation and Entrepreneurship, found five occupations that could be replaced by automation, including retail sales clerks, administrative assistants, food counter attendants, cashiers, and transport truck drivers.

But a robot programmer and builder from Ryerson University says robots should be used to help people do their jobs, not replace the jobs themselves.

“If you look for places where people are having a really tough time acclimating to their positions or finding things really difficult, that’s where automation is useful,“ said Kieran Ramnarine, a virtual reality specialist at Ryerson’s Digital Media Experience Lab. ”Where a programmer and somebody who’s experienced in the field can step in and say this is how it’s done and we’re going to create this thing that’s going to help you out.”

Ramnarine, a fourth-year computer science student, has built several robots with parts purchased from eBay or hardware stores, including robots that can receive wireless commands from phones and computers.

“What I think [automation] is useful for is assisting people. Replacing people isn’t always the best idea,” Ramnarine said.

As technology progresses, more robots will be able to do tasks people are currently paid to do, such as driving vehicles or customer service.

The Ryerson report cited truck driving as a profession that could be significantly affected by automation, which could cut a significant number of jobs.

On Oct. 25, a self-driving truck in the United States made the first commercial delivery in Colorado, taking 2,000 cases of beer over roughly 193 kilometres.

Brookfield researchers also say workers in low-income jobs that have low levels of education are more vulnerable to being replaced by automation.

Workers between the ages of 15 and 24 are also at a higher risk of replacement.

Jobs that are considered to be at a low risk for automation are those that require high skill levels, like retail and wholesale trade managers, registered nurses, elementary and kindergarten teachers, early-childhood educators and assistants and secondary school teachers.

Workers positioned in low-risk jobs are more likely to be between 25 and 54 years old and in full-time positions.

Ramnarine worked closely with high school students in the summer, giving them a hands-on experience in the digitalization of the manufacturing sector and emerging technologies.

He recalled asking a student who wanted to learn how to use a camera and film movies if they knew how to fly a drone.

“That’s what videography is going to be in the next five to six years. It’s going to be drone-controlled,” he said.

But Ramnarine said automation is a double-edged sword.

“It does provide a lot of new jobs, but it does take away from people who are trained in older skills and people who won’t be able to go back to school to learn robotics or to learn maintenance,” he said.

Jimmy Tran is a doctoral candidate in the Ryerson Department of Computer Science whose research focuses on urban search and rescue, as well as bomb disposal.

He doesn’t see a problem in developing technologies that make humans more efficient.

“The idea of cutting jobs is a short-term downfall that you see right away,” he said. “But the economic output means if we’re more efficient, we can output more as a society.”

Tran says robotics are supposed to help humans complete tedious work so people can do more of what they enjoy. 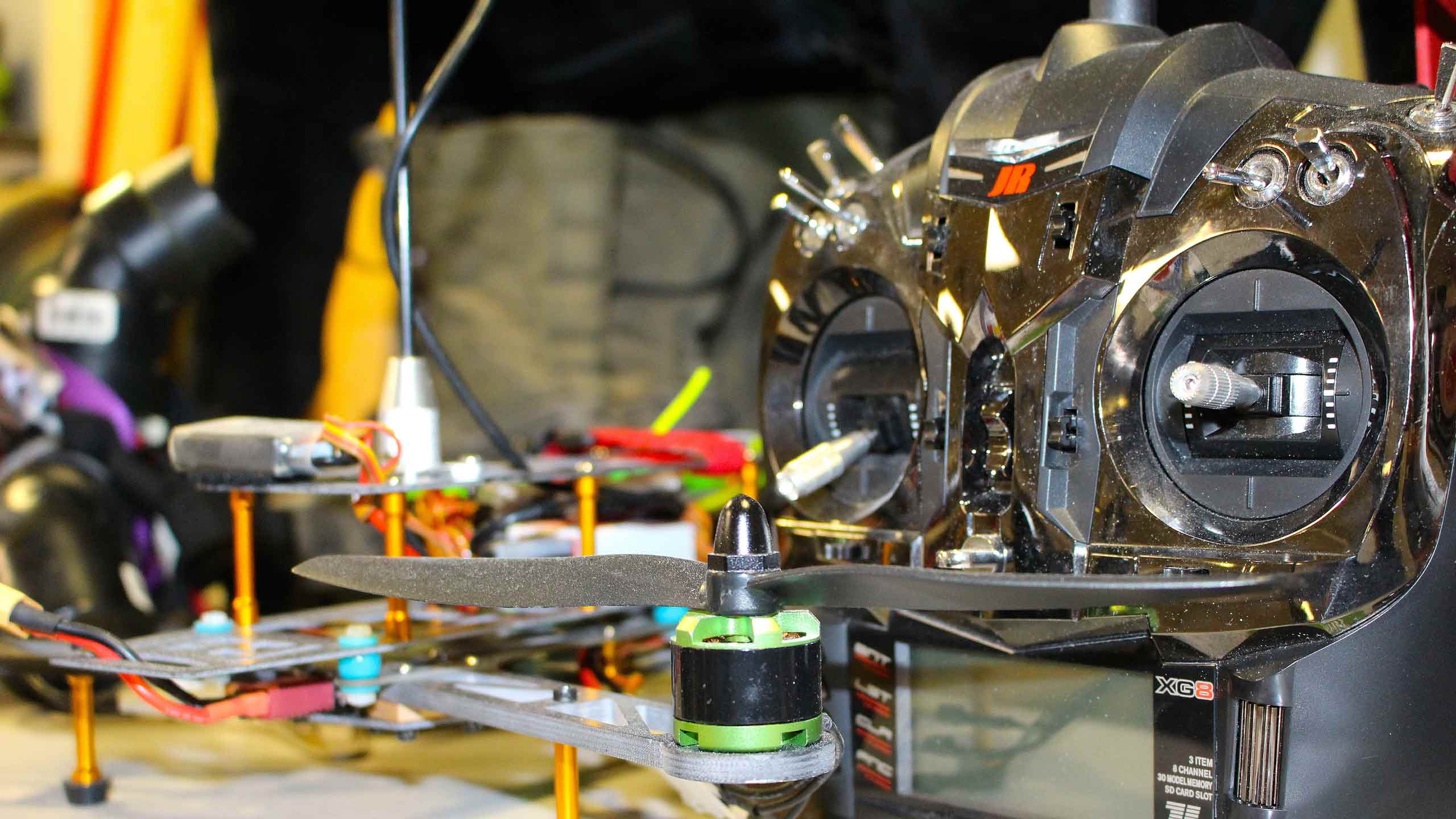 Most police dogs enter hostile situations together, when a person is equipped with a weapon. Ferworn’s system would help provide real-time intelligence to officers as the scene unfolds with safety being prioritized.

It’s based on deploying a search dog strapped with food, water, medical supplies and a radio to communicate in situations where patients are trapped under the debris of collapsed buildings.

Drones with cameras can develop a 3D map of the areas they fly over and they’re relatively balanced and stable. But dogs can get into places drones can’t. Tran is focusing on 3D reconstruction using dog-mounted cameras and filtering algorithms to stabilize footage.

Tran believes this type of technology makes rescuers more efficient and could save lives.

But the level of automation in the workforce will depend on societal preferences when it comes to interacting with humans over robots according to Craig Lamb, policy advisor at the Brookfield Institute and author of the report.

“Just because you can automate a cashier at a grocery store doesn’t mean cashiers don’t exist, because people may still want to interact with humans,” Lamb said.