The Student Learning Centre has seen many changes since its first opening two years ago, but those changes are far from over.

The building’s Student Engagement and Leadership Team held its first charrette on Jan. 18, inviting Ryerson members to learn about the changes that have taken place to make the building more accessible since its soft launch on Feb. 23, 2015.

Building Officer Susan Machado said that some of the challenges to accessibility in the building are structural, requiring more time and planning than simple fixes that have already been completed.

“The focus [of the charrette] was really to gather everyone together all in one room and brainstorm, and first of all bring awareness, second look for feedback and input and also get everyone thinking about inclusivity,” she said.

Some of the ongoing issues that were discussed at the charrette included congestion in the ramps, which Machado said is a problem across campus, but at the SLC exists on the ramps outside the building and on the sixth floor. According to Machado, signs were put up and electrical outlets were blocked to reduce the congestion, but it didn’t work in the long-term. 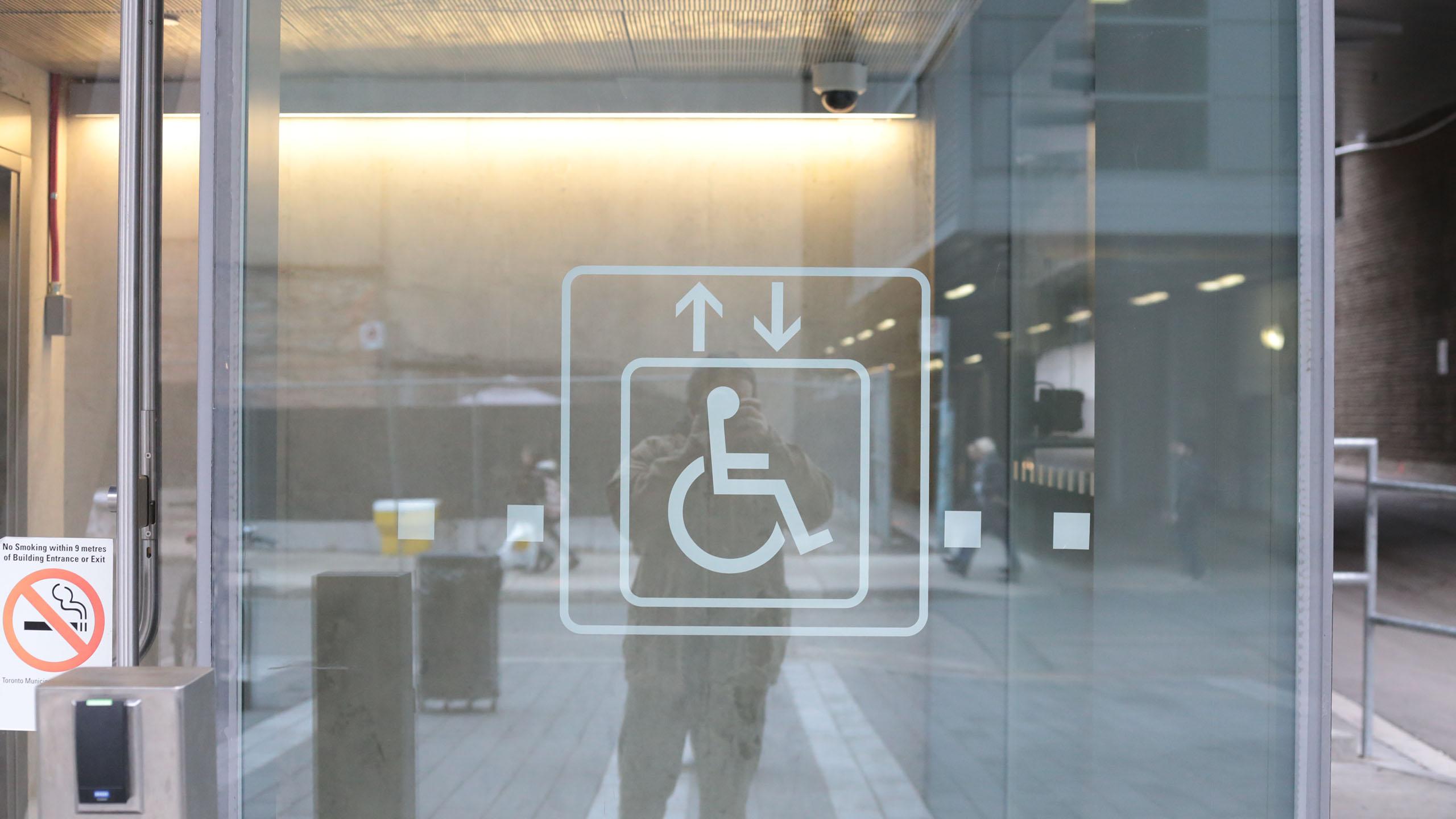 Congestion also exists in the elevators at peak times, she added, saying that greater awareness is needed on etiquettes of using the elevator so that students are using them on a first-come, first-served basis and giving priority to students with accessibility needs.

In a Toronto Star article last August, the “hangout steps” on the first floor of the building were criticized for not being inclusive to students who use wheelchairs. Machado said that the steps are a major ongoing challenge and that the SLC will continue to work on it.

“I would like to see a stair lift so people with mobility issues can access them,” said Kajan Vigneswaran, a RyeACCESS Coordinator in the Ryerson Students’ Union.

“There are a lot of flaws surrounding accessibility I notice at Ryerson, and even in the city as a whole, but once they are done the project it’s hard to fix because they spent a lot of money already,” said the fourth-year student, who uses a power wheelchair for mobility.

Although Machado said she doesn’t have specific information about the costs of the changes made so far to improve the accessibility of the building, she said the SLC’s contribution would be around $3,000. This amount doesn’t include any contributions by Ryerson’s Capital Projects and Real Estate or Campus Facilities & Sustainability.

Projects that are currently underway at the SLC include an audit on the self-serve kiosks to include audio and improve the colour contrasting on the floor maps to increase accessibility for individuals who are visually impaired. Machado said that she has also submitted a request to install strips to mark the beginning and end of the outdoor ramps to increase their visibility.

However, she said that’s going to be a bigger project because it will involve penetrating the concrete.

“The penetration into the concrete would depend on the type of surface groove used which has not yet been determined,” she said. “There is more involved structurally and that is why it’s not a quick easy fix.”

The SLC is also looking at how to make the heavy front doors at the Gould St. entrance easier to open.

Vigneswaran called the charrette a “positive step” and said that other buildings and the campus as a whole should organize similar events with students to listen to their experiences and work together on solutions.

Both Vigneswaran and Machado agreed that the campus should be proactive in soliciting feedback from the community on new projects to better plan for their needs.

“I strongly feel that accessibility should be a priority as a consideration for any type of project and user feedback is essential,” said Machado.