For Azra Jessa, softball has been a constant in a world where everything else was always changing.

Jessa was born in Toronto, but her father’s job in finance meant she had to move around between countries while she was growing up. Her first softball team was the Ridgewood travel team in New Jersey. She’s also played for several teams in small Ontario cities like Aurora and Pickering.

When Jessa was younger, she had high hopes for where the sport would take her.

At one point in her life, she moved with her family to Waterloo, Belgium. When she tried to sign up for a fastpitch softball league, she discovered that the one team she could find was only open to adult players. At that time, she was in middle school.

The fourth-year Ryerson computer science student said she played softball her whole life. “I definitely wanted to take softball further. I wanted to play at the university level and then the provincial and national levels.”

She said it was a “disappointment” that Ryerson didn’t have a softball team when she started university. It wasn’t until her fourth and final year that a Ryerson fastpitch team took to the field in September 2016.

“When I lived in the States it was huge there. Every university, every high school had a softball team,” the 22-year-old player said. “I didn’t realize it wasn’t as big in other countries.” 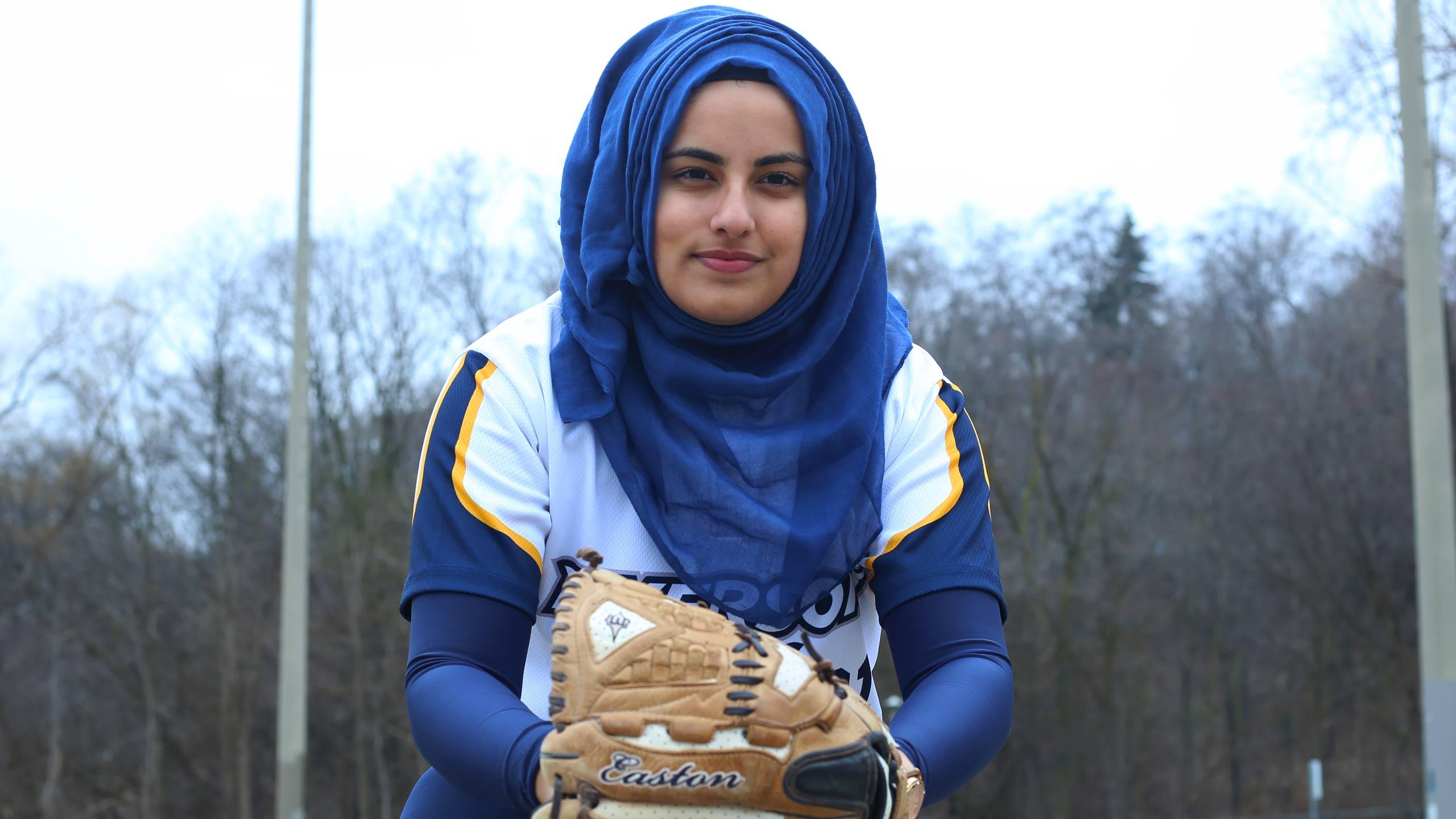 Contrary to the name, a softball is not softer than a normal baseball. It is, however, eight centimetres larger in circumference. A standard baseball field has about 90 feet between the bases. In softball, the distance is only 60 feet. Baseball has nine innings while softball has seven.

Ryerson’s fastpitch team was first created in September 2015, but didn’t gain official club status until March 2016. It is one of the newest teams to gain official status from Ryerson Athletics.

The then-five-player team spent the 2015- 2016 school year fundraising and recruiting members. Jessa joined during one of their information sessions and helped the team get off the ground.

In total, they raised $5,000 by the end of the year and recruited 12 to 15 potential players for the season. Since the team didn’t have club status from the athletics department, it didn’t receive department funding. That forced each player to pay around $300 for apparel fees and other expenses. Additionally, the fastpitch team does not have priority access to Ryerson facilities because of their lack of varsity status, so they spent the summer practicing in Kerr Hall’s lower gym and outside in the quad.

Despite this, the team had ambitions for the years ahead. Their two main goals in their inaugural season were to get their first win and make the Ontario Intercollegiate Women’s Fastpitch Association playoffs.

The team was able to secure their first two wins early in the season, sweeping York in their third and fourth games. Jessa played well in the team’s first victory, getting an RBI (run batted in) early in the game to help lead the Rams to victory.

Jessa is both a shortstop and a second-base player for the team. While she was an experienced player, she said there were difficult points in the season.

The team started strong, winning seven out of their 14 matches in September. But they ended the year playing against top teams like Western, and finished on an eight-game losing streak for a 7-15 record.

Heading into the last couple weeks of the season, Jessa was injured during a game. She was sliding into a base and twisted her knee, forcing her to sit out the rest of the year.

She attributed the team’s second-half performance to their game schedule. Back-to- back games and injuries near the end of the season fatigued the team. 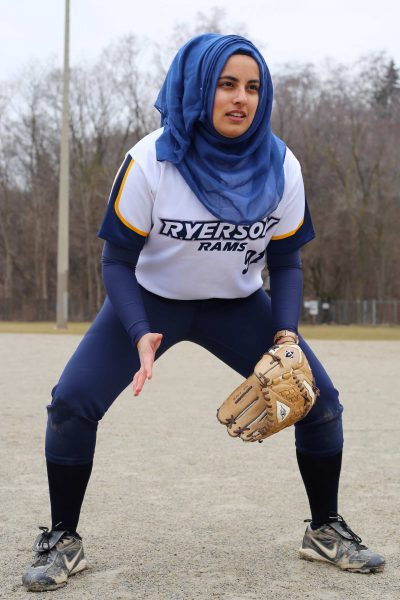 “We had to keep ourselves to the same level throughout, especially during the last few games,” she said. “We ended up losing those games because we barely had our team.”

Despite not making the playoffs, Jessa said she’s happy about how well the team performed in the first year. But there weren’t many fans there to see it.

“I think the fact is, a lot of people don’t know about the sport,” said Jessa. “A lot of people who I tell, ‘Oh, I play softball,’ have never heard of it.”

A major misconception around the sport, according to Jessa, is that fastpitch is not as difficult as male-dominated games like baseball. The smaller playing surface often means players must react and make decisions in a compressed time-frame, especially when batters try to gauge pitches.

There are currently 64 college softball teams in the United States who play in the NCAA Division I Softball Championship. These teams play for the Women’s College World Series.

According to statistics company Statistica, there were 18,967 people playing softball or baseball in the UK in 2014. In the United States, about 17 million people played the sport in 2016.

“I think the fact is, a lot of people don’t know about the sport,” said Jessa. “A lot of people who I tell, ‘Oh, I play softball,’ have never heard of it.”

The International Olympic Committee (IOC) has not included softball as a sport in the Olympics since 2008. At the 129th IOC Session in Rio de Janeiro last August, the committee voted to return the sport to the Olympics in time for the 2020 games in Tokyo.

Jessa said she hopes softball will someday gain the same recognition as other sports, especially at the Canadian university level.

“Some of my friends who played on rep (town) leagues chose their universities or colleges because of their softball teams,” she said. “Some were even recruited to those teams. I think that if Ryerson did the same things, we could really grow our team.”

Just as Jessa plays two positions on the field, she has two constants in her life. One is softball. The other is photography.

Jessa was introduced to photography early in her life. Her mother owned a DSLR camera, which Jessa used to borrow to take photos at her family gatherings or vacations.

It wasn’t until the first year of university that she decided to buy her own camera. But soon she “couldn’t seem to put the camera down.”

When a friend of hers was getting married, Jessa photographed her engagement and parts of the ceremony. Her audience was impressed and from that point on, she gained more bookings for wedding photography.

Eventually, she created her own photography business, focusing on wedding, engagement and portrait photos.

“I like helping people capture those moments of happiness and love forever,” she said.

As for softball, Jessa hopes to continue playing on a recreational basis in the summer after graduation.

The game has and will always be a passion for her. When she next steps up to the plate, it will be with a camera in one hand and a bat in the other.