Ryerson’s men’s basketball team beat the host Dalhousie Tigers 59-58 in their U Sports Final 8 semi-final game on Saturday afternoon at the Scotiabank Centre.

The game came down to the wire as Tigers forward Kashrell Lawrence missed a last-second three-point shot to send the Rams to their first-ever national tournament gold medal game. Lawrence led his team with 16 points.

After being forced to settle for bronze at each of the last two national tournaments, Ryerson will play the defending champion Carleton Ravens in the gold medal game on Sunday, looking to win the first national championship in any sport in Ryerson history.

“From day one we’ve been talking about just the mental side of what it takes to win games and we had some heartbreakers in the last few seasons,” said head coach Roy Rana. “It’s special to see this group figure out ways and sometimes you have to get a little bit lucky.” 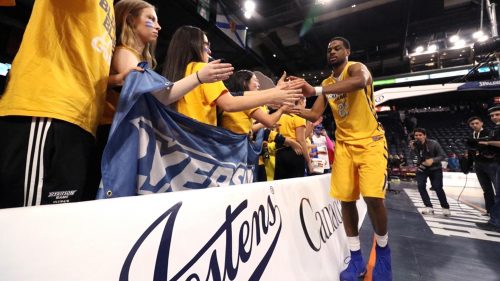 Coming off the bench, Filip Vujadinovic led the Rams with 16 points to go along with five rebounds and a pair of steals in just 23 minutes of action.

“I was trying to play physical, that was my game plan coming in,” said the third-year forward. “I knew this was going to be a tough game physically. I ended up getting some open shots and made the most of my opportunity.”

Adika Peter-McNeilly was named Ryerson’s player of the game with 13 points and seven rebounds, while Ammanuel Diressa added 15 points.

Trailing by 10 points early in the second quarter, the Rams exploded for a 9-0 run, including six points from Peter-McNeilly, outscoring the Tigers 18-13 in the frame to shrink the host team’s lead to two points at halftime.

The buzzer brings an end to the first half in this semi final game. @RyersonMBB trailing behind in a 29-27 game 🏀 pic.twitter.com/zflQobllCl

Down 42-40 at the start of the fourth quarter, a lay-up from Vujadinovic followed by two more from Diressa put the Rams up for good. With the support of a Dalhousie crowd several thousand strong, the Tigers got to within a single point on a pair of free throws by Sven Stammberger with less than 30 seconds to play. A turnover by Peter-McNeilly gave Dalhousie one last chance to win the game, but Lawrence couldn’t get his shot to drop.

After managing just four offensive rebounds and 30 in total against Saint Mary’s University in the quarter-finals, the Rams got the better of the Tigers on the boards at both ends, out-rebounding the hosts 43-35. 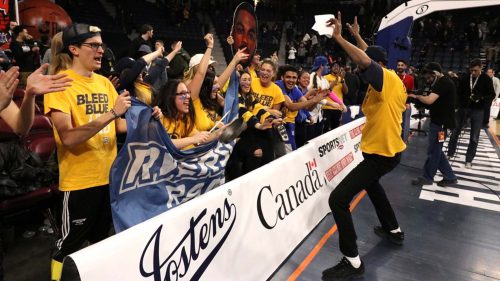 “I said after the Saint Mary’s game that if we don’t rebound we’re out,” said Rana. “Tonight we rebounded, and I think that was the difference.”

Ryerson beat Carleton in the Ontario University Athletics championship game in each of the last two seasons, including Ryerson’s first win at Carleton in 17 years last weekend. But the Ravens have won the last six national championships, and their 12 titles are the most in tournament history.

“It would be special to win a national championship against any team,” said Rana. “But certainly the challenge of Carlton is something that’s unique for what they have been able to accomplish historically.”