Monib Baray was playing Luigi for some reason. It was the quarterfinals of The Melee Games Northern Conference championship and his four Ryerson Super Smash Bros. Melee (SSBM) teammates had been eliminated from the match. If Ryerson won this match, they’d receive an all-expenses-paid trip to play the fighting game at nationals.

McGill’s team still had three players left and was ahead 10 stocks (lives) to Baray’s four.

The next five minutes of the 10-person “crew battle”—which pits a five-player team with 20 lives between them against another—resembled a four-on-one fast break in basketball, Baray’s favourite sport. Somehow, the lifeblood of Ryerson esports planted his virtual green heel with Luigi and held off McGill’s united attack.

Baray punched, kicked and wavedashed with the game’s 13th-ranked character, mounting a momentous comeback. He defeated three of his opponents and played down to one stock each against the opposing team’s last player before finally falling to the McGill assault. 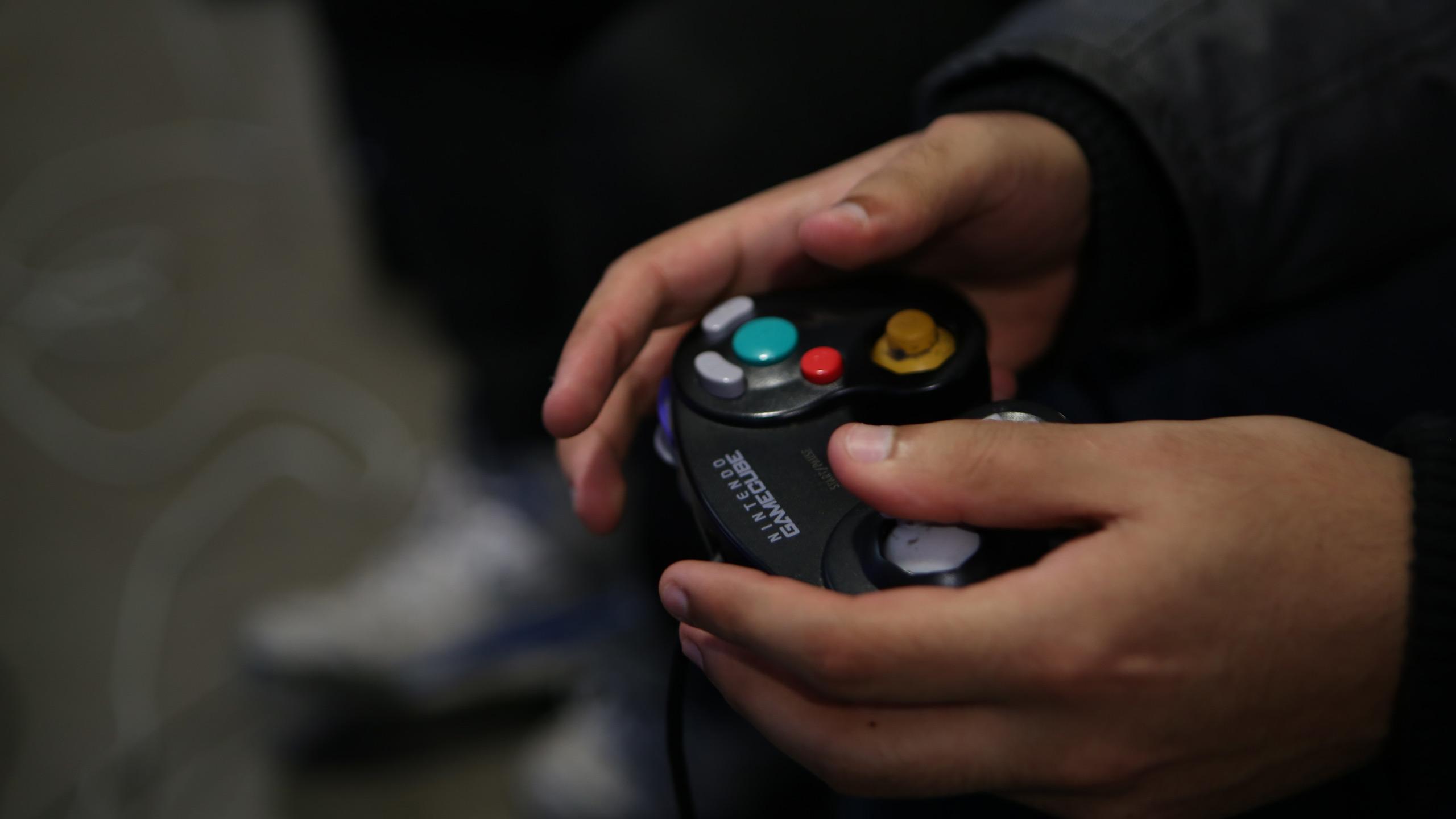 It was a performance similar to killing a four- on-one penalty in hockey—for an entire period. “I played them down to one stock,” said Baray. “I almost did it, but then I choked.” Baray is a 20-year-old, third-year computer science major at Ryerson and the captain of the school’s Melee team. He’s also the former captain of the Dota 2 team, which disbanded last year due to a lack of interest and commitment, according to Baray. Outside of school, he plays on a competitive Dota 2 squad named Team Red and ranked among the top 50 Dota 2 players in the world.

He’s also currently the eighth-ranked SSBM player in Ontario, despite weakening himself by playing with Luigi instead of top- ranked characters like Sheik or Falco. Luigi is just who Baray is most comfortable playing.

It’s a factor that Connor Lee, who runs the Melee team at Ryerson, said potentially holds Baray back. It’s like trying to play golf without top-of-the-line equipment or knowledge of the course you’re playing, a type of handicap that simply never happens in conventional sports. Dota 2 is the popular sequel to Defense of the Ancients (DotA) and is considered a multiplayer online battle arena (MOBA) game, similar to League of Legends. In Dota 2, five-player teams select individual heroes that they believe work well together. The goal of the game is similar to classic capture-the-flag and tower defense games. 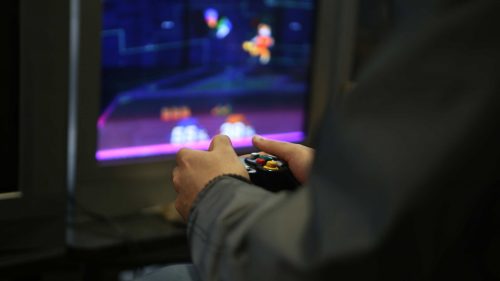 You build up the stats of your character by acquiring items and combating. Players then mount a unified offensive on the other team’s homebase defensive structures, called “towers” and “barracks.”

In Dota 2, each team usually plays with a toplaner, offlaner, midlaner, carry and support. Baray plays midlaner, a role that typically involves a lot of individual play. The midlaner gets to make “picks,” where they try to land a kill on an opposing player by catching them out of position.

Baray’s multi-faceted gaming skillset is something he sees as uncommon among his peers, and something he attributes to his competitive upbringing in a household with three older brothers.

“They had all the systems, you know, all the everything,” said Baray. “We had four males in the household, they all play sports they all play games and it gets really competitive and heated. So that’s a big part of my competitive nature.”

Baray estimates that Dota 2 is a 35-hour-a- week commitment—just for practice. Outside of actual matches, Team Red practices three hours a day and Baray also practices on his own. He then has to sprinkle in some melee repetitions to stay on top of his Luigi play.

Baray loves basketball analogies and said preparing for esports events is just like preparing for a game of hoops. Ray Allen would shoot three-pointers over and over before every game to perfect his craft and refine his mental game–Baray approaches Dota 2 and Melee the same way. 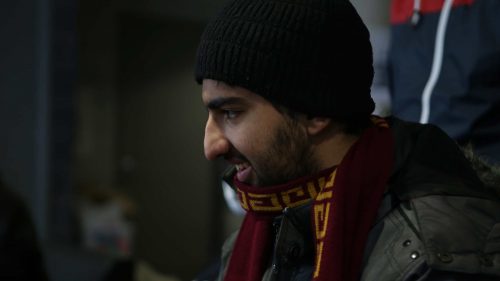 Before matches, he’ll load up a game lobby and have the computer send creeps (small enemies) at him so that he can practice his combos with Invoker or refine his last-hits with Shadow Fiend.

He then jumps into a public match without his teammates to go through the motions of the match, ensure he’s playing his midlane matchups correctly and get his head in the game.

Baray sees himself as a hyper-aggressive Dota 2 player who looks to control the tempo of the action. “I like to be able to set the tone of the game,” he said. “I try to go for the big, flashy plays.”

For Baray, juggling school and matches has been a fact of life since Grade 12, when he first started to compete in Dota 2. But now, he’s getting closer to the biggest decision of his young life: computer science or Dota 2.

“It is a pretty big life decision that somebody needs to make. You can’t just give up Dota. You also can’t be stuck in the middle,” said Baray. “My general plan is to still get good marks but I want to try to get onto a tier 1 Dota 2 team.”

What worries him is the volatility of Dota 2. Esports aren’t like professional sports; you don’t get scooped up by the first scout that likes your game and ride the train to a multi- million dollar contract.

It’s almost random—you’ve got to be there every day, signed in and online, ready to try out for whatever pro team is experimenting with new midlaners that day.

Choosing to do homework instead of grinding away at ranked matches could be the difference between playing for Evil Geniuses’ tier 1 professional team, who are currently ranked first in the world, and simply being a computer science student who’s really good at a game. 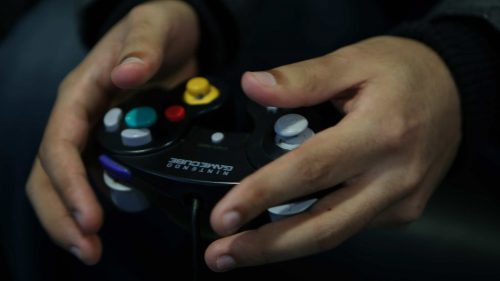 Lee, who also runs the gaming area in the basement of the Student Campus Centre, said Baray is the best esports player at Ryerson, and has become a mentor to players in the space.

“We have players here that are playing better characters than him that are getting easily destroyed by him pretty regularly,” said Lee. “Despite all that, he stays pretty grounded, doesn’t really brag or anything and is now moderator on our Facebook page because I respect him as a player as well as a person.”

Baray was sitting in his room with his headphones on—headphones big enough to know he’s a gamer. He was in a chat lobby with the other four members of his first competitive team—people he’s never met before.

This relationship is strictly competitive. He was only in this lobby because of his prowess in the Dota 2 community. In ranked play, every 10 minutes or so, a little notification pops up and tells the players how many spectators are watching the series.

“27,000 people are now watching your match,” Baray recalls from a notification during his first-ever competitive Dota 2 experience.

“I just remember my hands shaking so much,” said Baray. “I was like, ‘Guys, I don’t know what’s wrong with me, I can’t stop shaking’.”

I asked him about the difference between conventional sports and esports, and the preparation for both.