Toronto police Sgt. Eduardo Miranda will face a disciplinary hearing due to use of “excessive force” and “evidence of misconduct” during an arrest made on Dalhousie St. on Jan. 24.

The arrest followed an alleged assault against a female police officer at the corner of Dundas and Dalhousie streets. Miranda then used a taser and stomped on the man—who has since been identified as Andrew Henry—during the arrest.

A video taken by a bystander, which was reported by CityNews following the incident, showed Miranda yelling “stop resisting” as Henry lay on the ground and appeared to be unconscious. 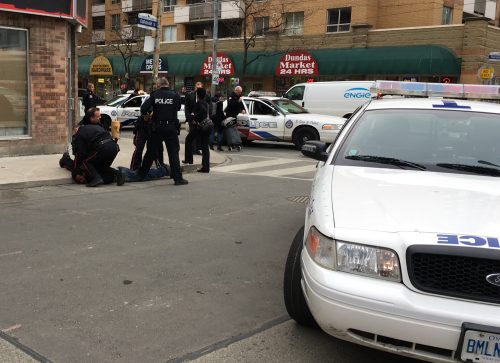 The Eyeopener previously reported that when an officer noticed the bystander filming, he threatened to confiscate their phone.

According to the Office of the Independent Police Review Director (OIPRD) the matter was too substantial to ignore.

“[Because of] the excessive use of force used in my opinion and my discretion, I determined this matter was serious, and it must go to a hearing,” said police review director Gerry McNeilly. 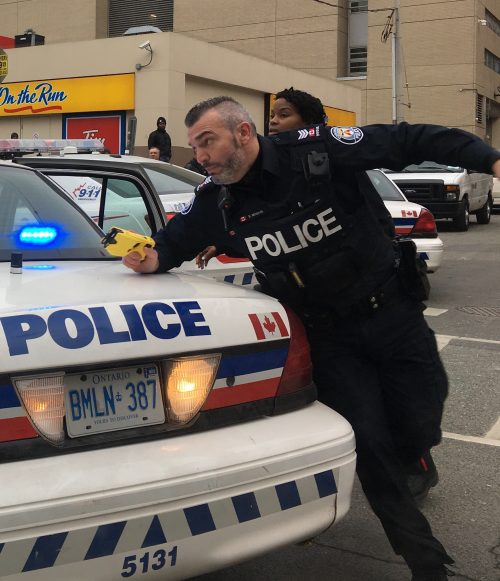 Toronto police chief Mark Saunders has announced that the hearing will take place on Sept. 26 at 9 a.m. Saunders is responsible for choosing the hearings officer and prosecutor.

According to McNeilly, Saunders also has the opportunity to appeal to the Ontario Civilian Police Commission (OCPC)—an independent agency that ensures adequate policing services—which in instances like this, is common.

“In these situations I can definitely tell you, If [Miranda] was found guilty, most likely he would appeal to OCPC,” said McNeilly.

He also said OIPRD receives about 3,200 complaints a year. “I determine that about 1,800 of those must be investigated, out of those maybe about 91 of those are substantiated serious.”

Miranda’s hearing will be open to the public in September.