Toronto police and emergency services responded to an alleged assault of a female officer at Church and Dalhousie Streets at around 9:20 a.m.

Police were contacted by a bystander, who claimed the man was yelling. When police arrested the man, he assaulted the female officer on the scene.

Kasra Dhchani, 26, dropped his work radio when he witnessed the suspect hitting the officer and intervened immediately.

“She pulled up in her cruiser without a partner and he started punching her, he was throwing it pretty hard at her,” he said. “I jumped in and grabbed the guys neck and backup came really quickly.”

Following the suspect’s arrest, he kicked out the back window of the cop car, shattering the glass and was tased by police.

A video taken by another bystander was posted to CityNews earlier today. It shows the suspect being repeatedly tased while lying on the ground. When police noticed the bystander, they threatened to confiscate his phone. In the video, an officer says somebody will “spit in your face, you’re going to get AIDS. Stop recording or I’ll seize your phone.” 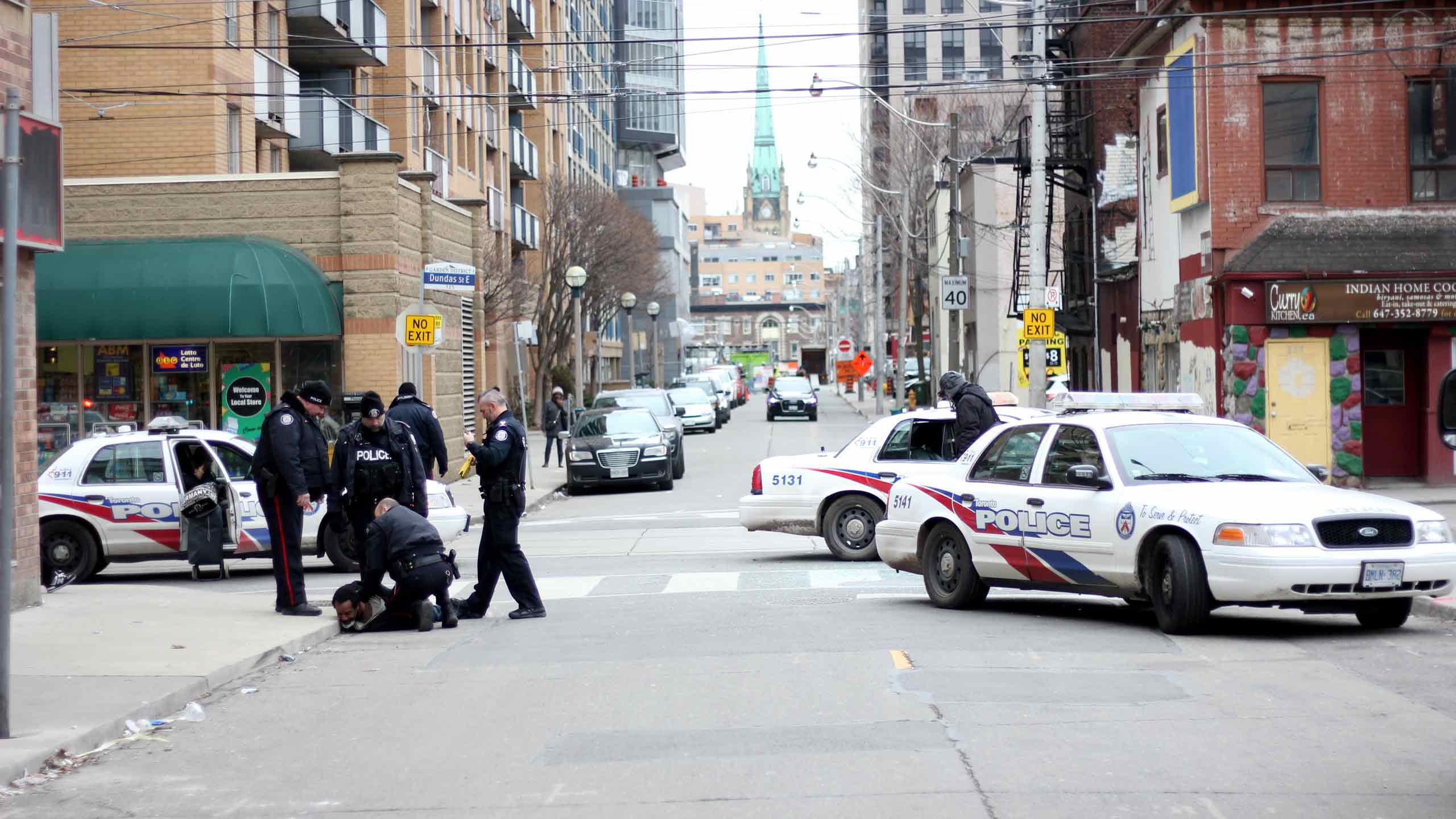 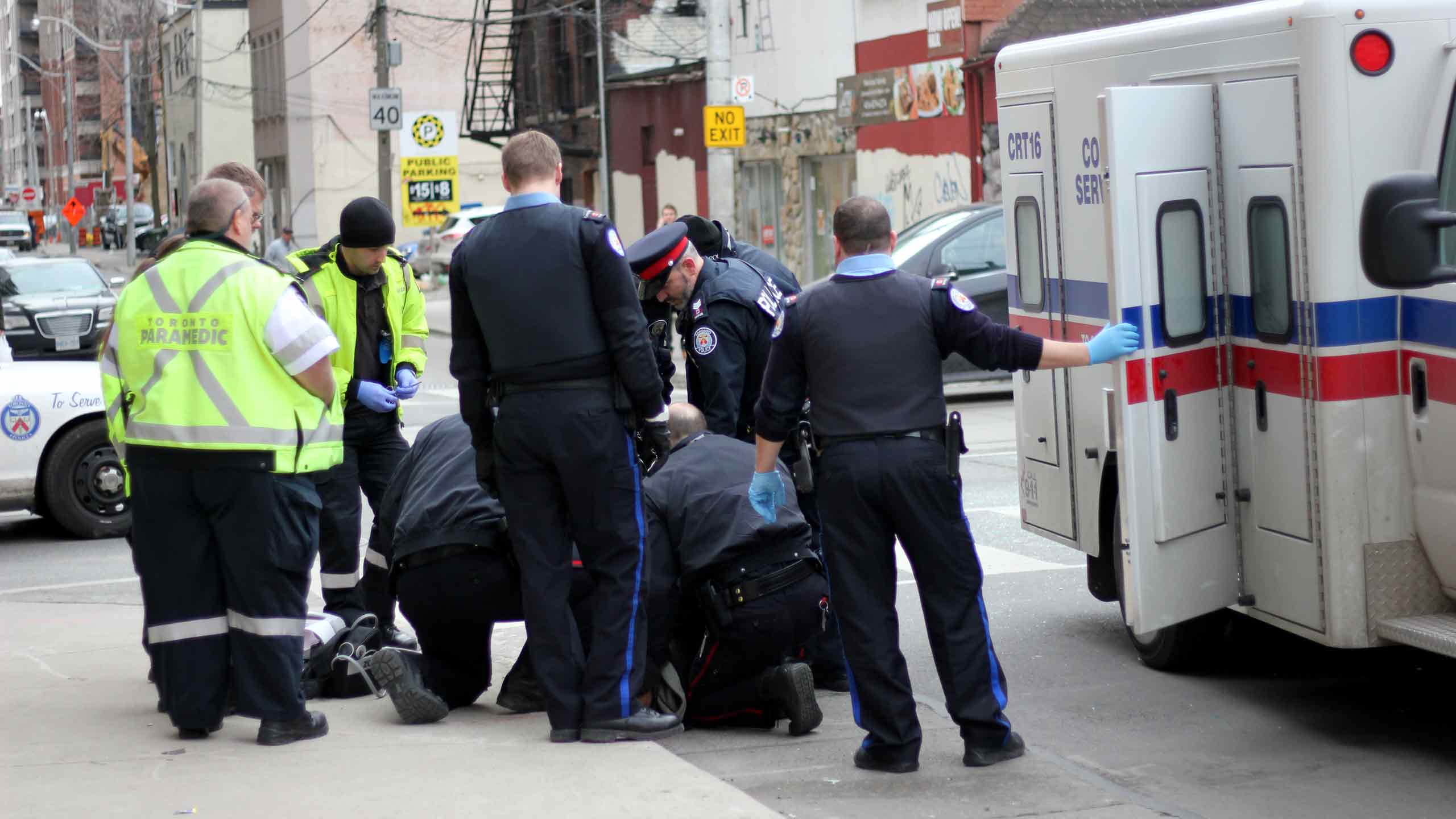