Even though Rachel Dance can’t hear all the music, she doesn’t let that stop her from dancing.

When she began dancing at eight years old, she found it difficult to stay on beat and on balance, given that she was born completely deaf in her left ear. She actually couldn’t hear some of the different musical tones.

As a fourth-year student in RTA media production, Dance took her personal struggle and transformed it into a script.

What started out as a final media project for RTA turned into an immersive and challenging visual album that reaches out to the deaf and hard of hearing community.

TRANCE is a student-funded project telling the story of a deaf dancer, Clementine, who relearns to dance by feeling the vibrations of the music and picking up minor tones and frequencies. 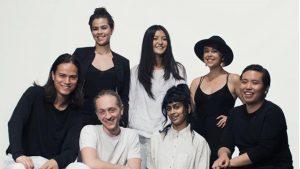 After a car accident turned her world silent, Clementine must approach her dancing from a new angle. Through the vibrations, overtones and slight frequencies, she must learn to dance by not listening, but feeling the music.

“Imagine putting your hands to a speaker, and the vibrations you feel with that,” said Dance. “That is the feeling I have in my ear when I listen to music. Being half deaf, I have a take on sound, as well as the loss of it.”

Along with Dance, six other RTA students are working on the project. They began filming over reading week, and they are working towards launching the project in December.

“I wanted to make it something special,” said Layla Shioguchi, co-producer and art director. “Music is such a big part of my life, and I thought about a life without music. It led to the story of a dancer, because dancers are so intertwined with music.”

Niamh Wilson, a first-year anthropology student at the University of Toronto, is tasked with interpreting a deaf dancer correctly in her role as Clementine in the album. “I feel like I have a particular amount of responsibility because the deaf community is a large community that deserves to be represented properly,” said Wilson. She explained how she is inspired by her grandfather—who recently lost his hearing—and his experience as a deaf person when interpreting her character. 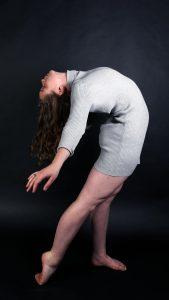 “When he went deaf, it was a really lonely transition. He’s been able to hear his entire life, then all of a sudden he didn’t have that ability anymore, and it was really frustrating for him,” said Wilson.

“The biggest misunderstanding is that you can’t see the disability, so you have to be really conscious of the way you’re interacting with people,” said Christine Skowron, co-producer and director.

Dance said that she would often be made fun of in middle school and high school, and that some of her peers neither understood nor sympathized with her hearing impairment.

When it comes to dancing from a deaf perspective, often dancers will be choreographed to the undertones and overtones of the melodies, which are the resonances and variations between notes. They can pick up on minor frequencies as well as the vibrations that come from music. It’s similar to the sensation you may feel being at a concert.

“Deaf dancers are still successful, even though they don’t hear the same music,” said Dance. “There’s more to dance than just the lyrics. It’s the feel of the music.”

In order to channel this experience, the TRANCE team partnered with SubPac, a tactile audio system designed to deliver a physical dimension of sound. It’s a wearable technology that pulses sound through the body—enabling a person to feel the music they’re listening to.

With this technology, TRANCE is planning to have their album accessible to people who are deaf and hard of hearing. This will also help those who aren’t part of the deaf commnity to experience the sensations and frequencies that deaf people are subjected to, creating an immersive and involving creative experience for all.

They have an Indiegogo campaign set up and available through their Facebook page to assist with crowdfunding costs.

Despite the hardships, the TRANCE team trudges on with their vision of creating a platform for deaf dancers whose stories are not often told.

“When you go head-on with a passion project like this, it kind of ends up being your life,” said Skow- ron. “It’s been difficult but exciting to bring this project to life.”

TRANCE partnered with music producer Hunter P. Thompson (a.k.a. Akasha System) who created an original soundtrack for the visual album. Dance said that TRANCE and Akasha System “just clicked.” His sound tells Clementine’s story through audio—the album is free of any dialogue—allowing for people both deaf and hard of hearing to be equally immersed in the story.

“When I wrote the script, I cried for Clementine. I felt for her and her perseverance to prove people wrong,” said Dance. “Everything that I’ve imagined in this piece had transferred perfectly onto screen. I’m very excited for it.”