Following last year’s 6 Fest, the music festival that was marred with controversy surrounding disappointing musical acts, and about 1,800 refunds that gave the RSU financial woes (we haven’t received the full documents about the event yet either), they decided to take a more careful approach this year. Their projected budget for Sundown was about five times less than what it was for last year’s festival.

Though RSU vice-president student life & events Lauren Emberson says that the numbers aren’t finalized as they reconcile payments and receive sponsorships, here are the most recent numbers coming out of Sundown festival. 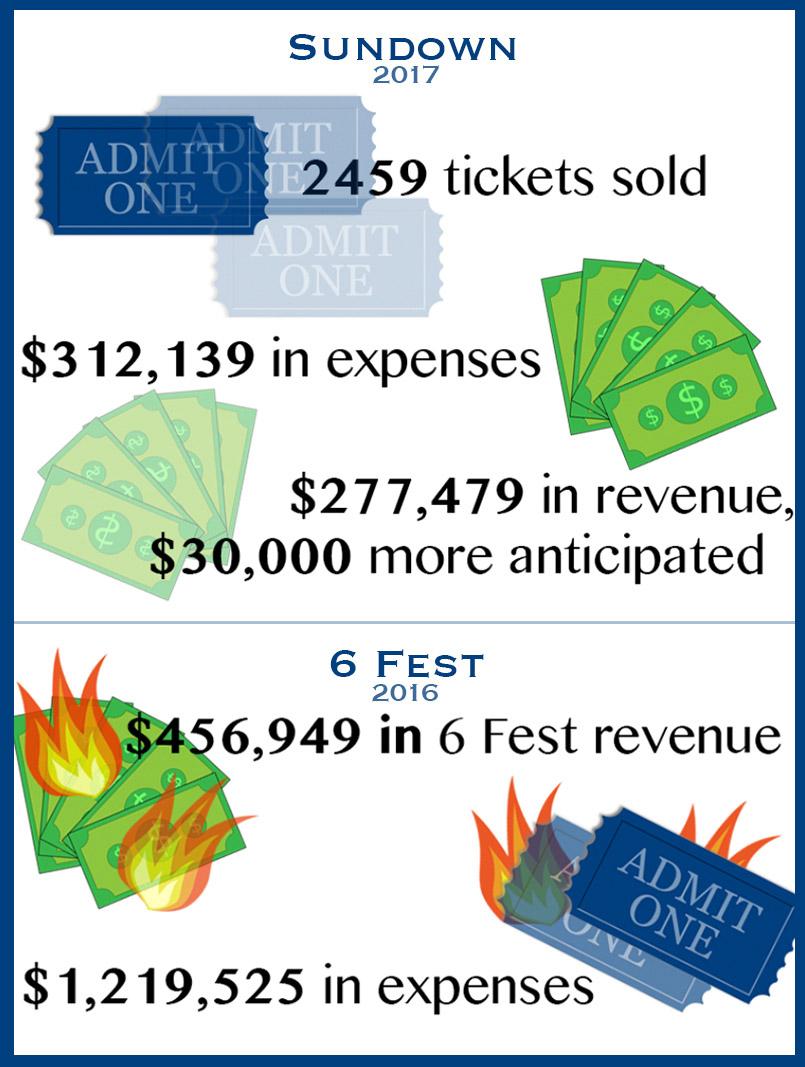