Best will join 17 other athletes, including seven NBA pros in Jamal Murray, Cory Joseph, Jamal Murray, Khem Birch, Kelly Olynyk, Dwight Powell and Tristan Thompson. The six-foot-four wing player will also be one of four former U Sports stars in attendance, with former rivals Kaza Kajami-Keane and Phil and Thomas Scrubb of the Carleton Ravens also attending the camp. 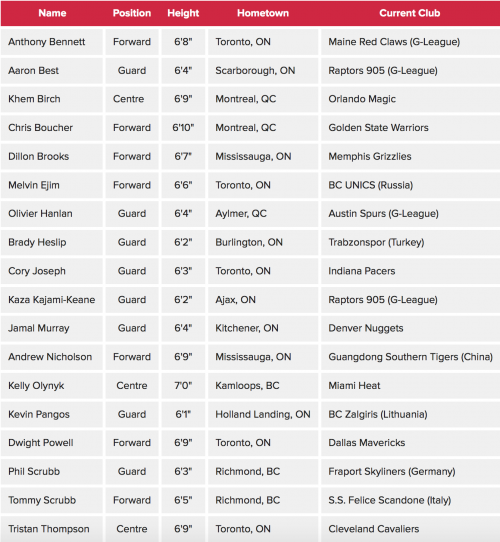 After a successful five-year career with the Rams, Best started his professional career overseas, playing for BC Juventus of the Lithuanian Division 1 League during the 2016-17 season. In 2017, he was selected 42nd overall by the Long Island Nets in the NBA G League draft, before being traded to the Raptors’ developmental team, the 905. Earlier in the year, Best was also selected to play in the 2019 World Cup qualifiers as part of Canada’s roster.

In the late stages of June, the team will get its first taste of action as they’ll travel to British Columbia to square off against China in the Pacific Rim Basketball Classic. Canada is currently ranked 8th in the Americas and 23rd worldwide.

“We’re excited to continue the positive momentum that has been created through the first two windows as we look to take another step forward in our goal of qualifying for the FIBA Basketball World Cup 2019,” said Jay Triano, head coach of Canada’s senior men’s national team.