Aaron Best and Adika Peter-McNeilly, two of the most talented Ryerson guards ever, will get the chance to play in the tournament, which determines which countries will get to play in the 2019 FIBA World Cup.

Best, who first joined the Rams in 2011, played five seasons before signing his first professional contract with Juventus in the Lithuanian Division 1 League. In 2017, Best was selected 42nd overall in the NBA G League Draft before being traded to the Raptors farm team, the Raptors 905. Peter-McNeilly made his Rams debut in 2013, and formed a powerful backcourt trio, along with Best and former Rams point guard Jahmal Jones. Together, Best and Peter-McNeilly helped lead the Rams to an Ontario University Athletics (OUA) Wilson Cup title before Best went to play overseas, while Peter-McNeilly won another OUA title in 2017 before signing with MHP Riesen Ludwigsburg of the German Bundesliga.

Best and Peter-McNeilly may be relatively new to the FIBA scene, but their capability of taking on significant roles for Canada isn’t out of the question. Together, the Rams alums have impressive resumés, combining for five OUA first team all-star spots and two OUA second team all-star honours. 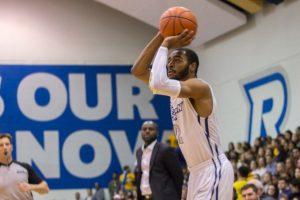 The tournament places each participating country in one of four round-robin groups; the top three teams of each group are divided into two mass groups of six. The three most successful countries from each group—including the country with the best record who doesn’t crack the top three—move on to compete at the World Cup.

Last summer, Ryerson head coach Roy Rana and star point guard Ammanuel Diressa represented Canada in the FIBA Americup. But the excitement is far from over for Ryerson’s basketball program, as Best and Peter-McNeilly now have a chance to assist Canada to it’s first-ever FIBA World Cup medal.

Canada tips off tournament play on Feb. 22 against the U.S. Virgin Islands in Nassau, Bahamas.