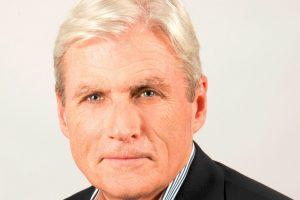 Jeff Giles has been announced as the interim Director of Athletics at Ryerson University, according to a press release made by the institution.

The appointment comes a month after former Athletics Director Dr. Ivan Joseph stepped down to take on a new role at Dalhousie University in Halifax N.S.

Giles is no stranger to the lead administrative position, working as Ryerson’s Director of Business Development for the last two years. Before joining the Rams, Giles worked as the director of athletics at McMaster University from 2009-2014 and was a former president and COO (Chief Operating Officer) for the CFL (Canadian Football League).

Giles is expected to make the transition as Athletics Director on a one-year term.

“I look forward to working more closely with the outstanding recreation and athletic staff here at Ryerson to help build on the department’s recent successes and to add to the legacy established under Dr. Ivan Joseph’s leadership,” said Giles in a press release.