The Ryerson men’s basketball team (17-2) defeated the Queen’s Gaels (5-13) 94-67 on Friday night, guaranteeing itself a first round bye in the upcoming Ontario University Athletics (OUA) playoffs.

“I didn’t cry at my wedding, but I might tonight,” said coach Roy Rana in a pregame ceremony honouring the trio.

As soon as the whistle blew, the team’s attitude shifted: sentimentality later, success now. The first quarter was bumpy, with the Gaels outscoring the Rams 18-16.

Midway through the first, Michaelson rose up for a would-be posterization of a Queen’s defender, but was fouled and landed hard on his shoulder. Only five minutes in, his night was over.

Michaelson was pleased to find out any injury he sustained was minor and was all smiles about it postgame.

“It’s kind of the way I came [into] the league I guess,” laughed Michaelsen. “I hurt myself my first game [for the Rams] and I hurt myself in the last one.”

Ryerson opened the second on a 7-0 run and didn’t look back. As Jones always says, the first quarter is the hardest one.

“Days like this, [we] assume that things are just going to go our way, that we’ll make every shot. It’s a special night for special people, so we assume that,” Jones said. “But then [we] forget we’ve got to play.”

For the third straight game, Jones topped 20 points, finishing with 21 before leaving to a standing ovation.

Guard Adika Peter-McNeilly had his most potent offensive game of the season, tallying a career-high 31 points, thanks to 78.6 per cent shooting and capitalizing on open looks.

Peter-McNeilly looked determined on the court, and though he has struggled offensively of late, showed no lack of confidence in his shot selection. Not normally a highflying guard, Peter-McNeilly threw down a second half dunk as hard as it was loud, bringing the crowd to its feet.

“The guys don’t really expect me to dunk, so when I do they go crazy. It was a nice feeling,” Peter-McNeilly said.

On most nights, Peter-McNeilly has a spot in the starting lineup, but Gauthier swapped roles with him on his special night, performing admirably with the grit that has defined his five-year tenure as a Rams mainstay.

“He’s arguably been one of the toughest guys we’ve had during his five years,” Rana said of Gauthier.

Ryerson finishes the season with an 11 game winning streak and hasn’t lost since November. From the starters to the role players to the guys clapping their hearts out at the end of the bench, this team is a winner.

“We’re at the stage where losing is not even an option,” Jones said. “We just want to keep going.”

The Rams face a team to be determined in a playoff game next Saturday, Feb. 28 at the Mattamy Athletic Centre 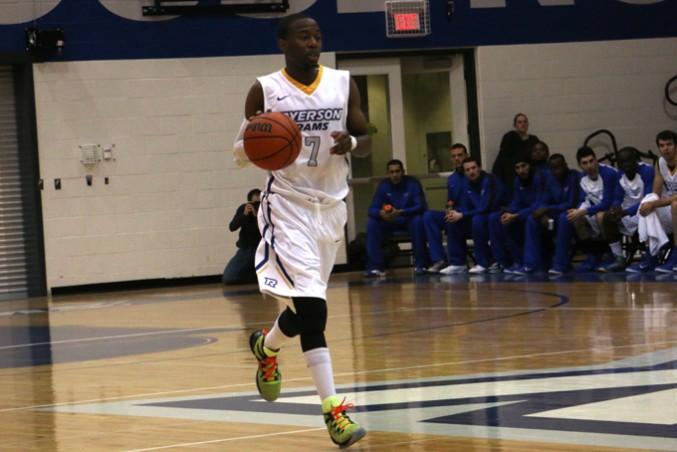 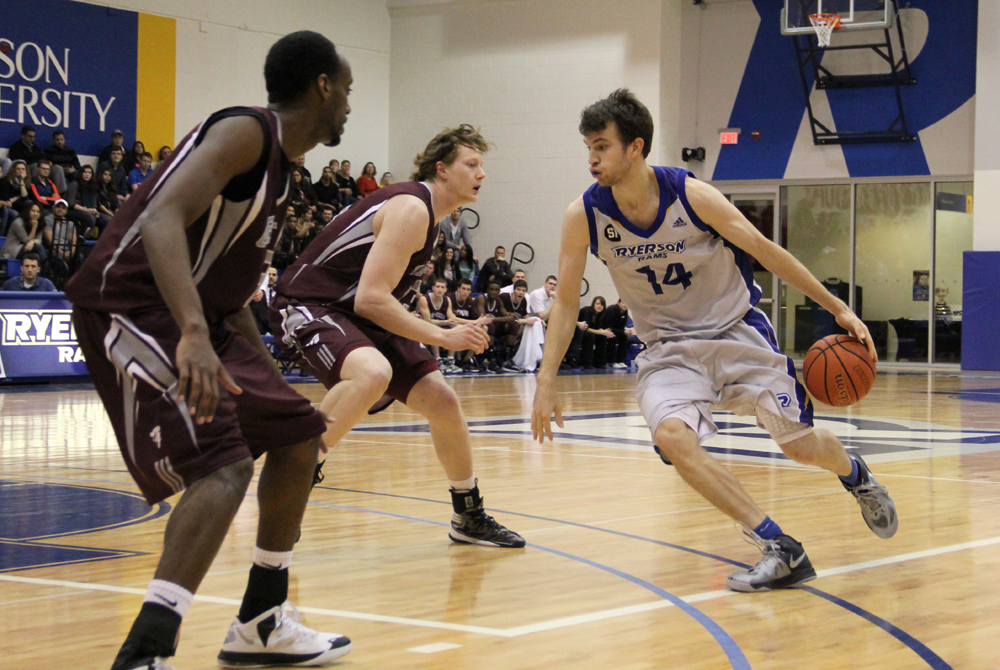 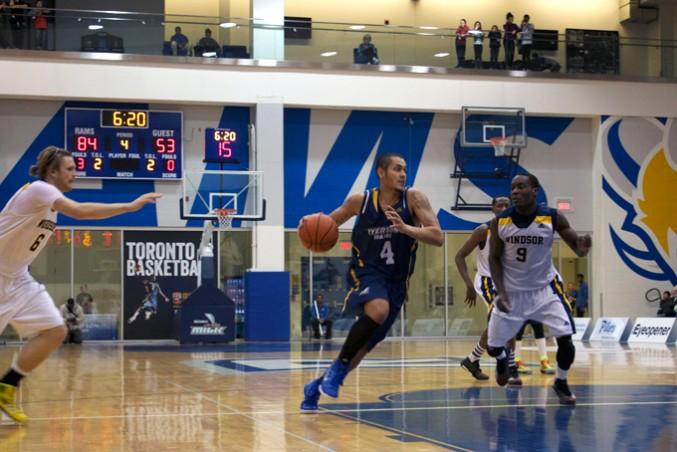 Jordan Gauthier in a game against Windsor. Photo: Annie Arnone