In less than 70 years, it’s all changed. The Toronto Huskies hosted the New York Knickerbockers at Maple Leaf Gardens for the first NBA game, ever. If they were to watch footage from that game on Nov. 1, 1946, the modern basketball fan would see an entirely different world. You would see players wearing short shorts, a non-existent three-point line and no 24-second shot clock in sight. Court side seats on that day sold for $2.50, or $33.78 when adjusted for inflation.

Under the same roof, the crowd of 7,090 basketball fans attending the NBA’s inaugural game in Toronto would be proud to see the growth of the game globally — and especially in Canada. As the Canadian Interuniversity Sport (CIS) national tournament kicked off, the Ryerson Hoop Summit gave a platform to some of the game’s greatest minds, all with connections north of the border. Put simply, it was a celebration and conversation about Canadian basketball with some of the country’s most well-known and influential figures. 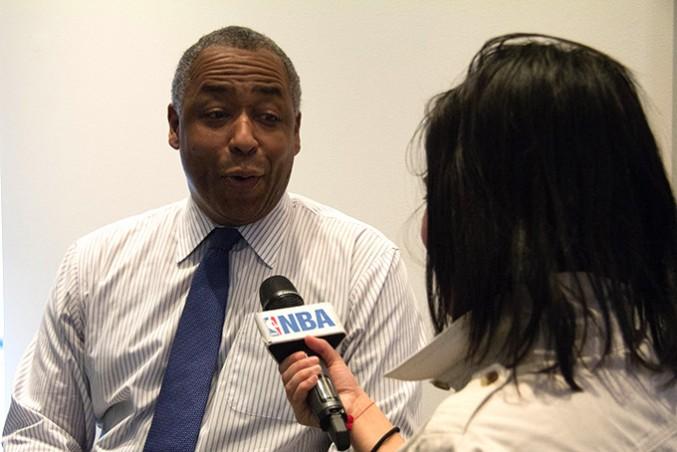 John Saunders is a 1997 Ryerson psychology graduate and is the host of ESPN’s, The Sports Reporters. Photo: Anders Marshall

Eight years ago, Masai Ujiri was hired as a scout and assistant general manager in Toronto. He’s now in charge and he’s seen the culture shift. He says that, “No question. In every sense [basketball in Canada] has grown. The prominence of the young kids and the growth of the youth, I think that everywhere you see it.”

“You see awareness of people too, people paying attention to the game. We have to take advantage of the exposure and it helps that there is good talent coming out of Canada,” Ujiri says.

When asked if there was one player that he’d love to see in Toronto, he hinted that the Raptors have their eye on the future 2015 rookie of the year, Andrew Wiggins from Vaughan, Ont. “We all know who he is. I’m not even going to say his name,” Ujiri says to the crowd. “He might be Canadian.”

Executive Director of Canada Basketball, Michele O’Keefe, emphasized the importance of the rising number of platforms being offered for in-depth conversations about basketball, like the Ryerson Hoop Summit, organized by the Ryerson Sports and Business Association. The Canadian Basketball Speakers Forum was held immediately after, marking an entire day of basketball talk in the heart of downtown Toronto. “I used to have to tie people down to talk to me about basketball. And now they want to talk to me and they know what they’re talking about,” she says.

O’Keefe says that Canada Basketball has seen an increase in interest, but from a financial perspective is still searching for more corporate sponsors to help the game grow. She says that Canada Basketball has an annual budget ranging from $6.5-7 million, with 15 full time staffers. France and Spain’s basketball federations have between 80 and 120 staff, with budgets of $60-80 million.

But still, there is light. In 2015, Tangerine became the first financial institution to invest in Canada Basketball, which could mark the beginning of more companies trying to tap into the Canadian basketball market.

For Leo Rautins, growing up, his dream was to play in the NBA. But he could rarely watch it. Rautins says that if he was lucky he could catch a fuzzy TV channel from Rochester. “Maybe you caught a Buffalo Braves game, but that was it.” 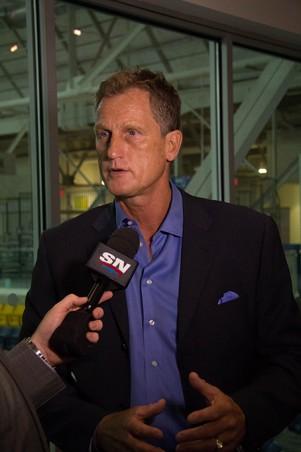 Rautins went onto become an NBA player, Canadian national team coach and is currently a Raptors broadcaster. But for the youth of today, he says that that the Toronto Raptors have changed the entire Canadian sports landscape.

“Then, you can see it, feel it, taste it, and touch it. And that changed everything, it changed the entire country and playing field.” He says that it’s no coincidence that there is an influx of Canadian players coming through the ranks right now, 20 years after the Raptors’ inaugural season.

Rautins remembers what it was like flying into Toronto before the Raptors came to town. Looking through the airplane window, he says that you’d see driveways. Until one day it hit him — he looked out of the window as the plane descended and saw a hoop on almost every single driveway. “Everything’s changed,” he says.

Drew Ebanks says that he’s loved the game ever since, “forever.” He works as a banker with TD Direct Investing – but in his heart, it’s all basketball. When he’s not working in the financial industry, he’s running his website, On Point Basketball.

He reminisced about the Raptors 2014 playoff run, saying that, “To see thousands of people standing outside of the ACC (Air Canada Centre) when the Raptors are in Brooklyn, it just shows you how much interest there is in the sport.” 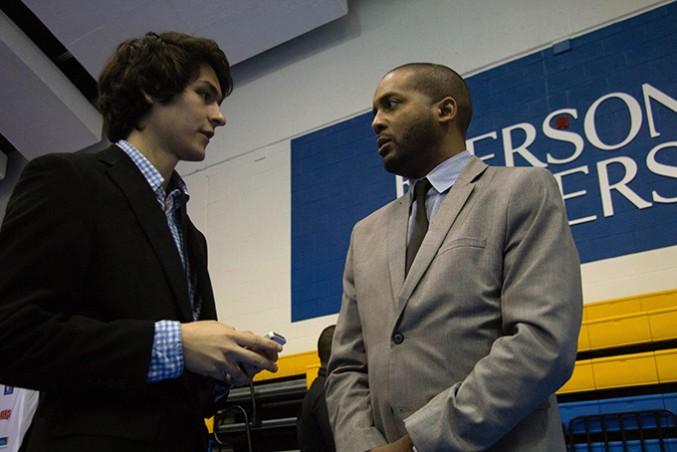 One of the best things about basketball for Ebanks is the effect that the game can have on families. He has seen basketball act as, “An incredible thing. You see parents, especially dads involved because they’re supporting their kids playing the game. It’s been incredible to watch.”

Ebanks covers basketball at a grassroots level in Canada, and he says that Canadians have a lot to look forward to. “We haven’t even touched the surface. We haven’t seen where this whole basketball thing can go yet.”
With files from Robert Mackenzie