By Keith Capstick and Behdad Mahichi

A man has been taken to hospital after allegedly attempting to steal merchandise from the lobby of the Library building.

It took five Ryerson security guards to tackle the man to the ground where he hit and split open his head, resulting in the ambulance being called.

“It took so many security guards to arrest him, like five,” said Anthony Bittoni, a second-year economics and finance student who witnessed the event.

The incident took place shortly after 6 p.m. on Thursday, March 26.

“A non community member was arrested [Thursday] in the LIB building and medical attention was provided,” said security and emergency services Manager Tanya Poppleton in an email. “It is now a Toronto Police case.” 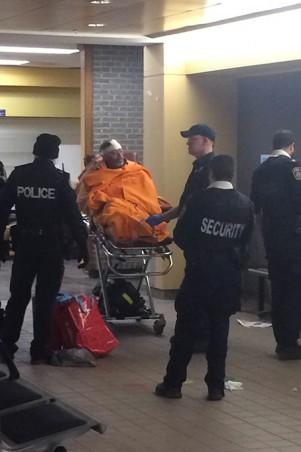