An hour into the Canadian Federation of Students (CFS) National General Meeting I realize I might be in the most inclusive space in the country.

The national Indigenous caucus of the CFS stands attentively at the front of the room. One of every five hold a flag representing an Indigenous community, and a circle of four seated men hammer hard on a drum. Their wailing songs echo loud in the auditorium. I turn to snap a photo of the crowd and I’m taken back by the sterling gaze of about 100 CFS delegates standing at attention. The smell of burnt sage is strong. This crowd of delegates are both visibly and ideologically diverse. They’ve all converged upon Gatineau, Que. to sit in a convention hall for four days to decide the future of the student movement in Canada.

As the chair tables the first few motions, there is clear division in the room. The opening plenary is largely a formality, as I’ll explain later, but after the first few verbal spats over the jostling of motions in the agenda, I can feel tension weaving its way in with the now-fading smell of sage and priced-for-students cologne—creating an atmosphere only fit for student politics.

The chair says, “please no audible signs of approval,” as people stop clapping. This goes on all weekend. Claps, snaps or banging of tables from one ideological side would be greeted by sneering from the other.

For anyone who hasn’t been as attentive to student politics at Ryerson as I have over the last few years, I’m here to watch the CFS—Canada’s largest student advocacy group that takes in about $500,000 of student money from Rye—carry out their general meeting.

Back in September, nine schools penned a letter requesting reform from the CFS. Looking over the agenda, it’s clear that a “reform party” had formed. 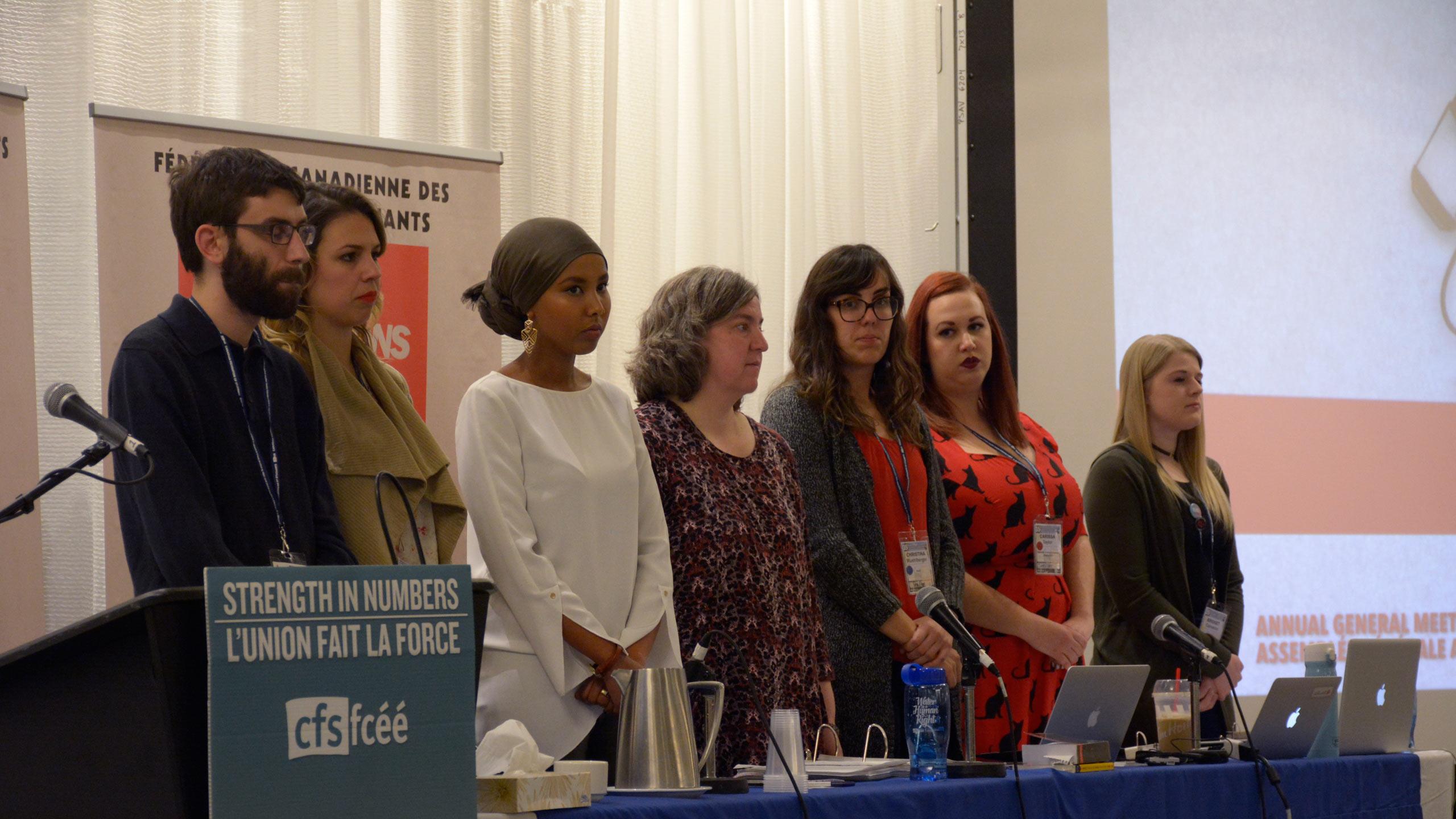 I recognized members of the Ryerson Students’ Union as part of the reformers. Additionally, all of the motions reformers were suggesting were submitted to the agenda by the University of Toronto Students’ Union, member local 98. The number of schools that signed the letter has certainly grown, and after speaking with some of them, I learned that there were 15 schools that would be supporting the reform motions.

In total, there were 14 motions that resembled the suggestions in the original letter. These included things like: online voting, greater access to financial documents and lowering the percentage of petition signatures a member local needs to hold a referendum to leave the CFS.

But before we get to those motions, and all the others (which were pushed to the closing plenary), you have to understand how this four-day “extravaganza” unfolds.

So, here’s the unofficial process in which decisions got made over the course of the CFS national meeting weekend, based on conversations I had with staff members of the CFS and delegates at the meeting:

All of the motions that are set to be discussed in the opening plenary are suggested to subcommittees by the National Executive. What this is meant to do is give delegates a chance to discuss their decisions in smaller circles. These groups include budget committee, campaigns and government relations, etc. This process of pushing motions to small groups is by no means mandatory, but practiced by the organization. All motions suggested in this way are addressed and voted on during the closing plenary on Monday. There is a lot of shuffling of motions and bureaucracy, but no substantive decisions were made on Friday.

These different groups are built and then they discuss their stances on each motion in closed door meetings. The groups are made up of elected representatives from constituencies. Constituencies include provincial caucuses, size-of-school, women’s constituency, Indigenous constituency, etc. The idea here is that the eventual group decision-making reaches as many different perspectives and identities as possible. Then, they come up with a collective suggestion that will be presented to the floor during the closing plenary. What’s key to understand here is that it must be collective—even if there are dissenting opinions to what is presented, a majority stance must be reached. The recommendations of these groups are then able to be packaged together and passed all at once, although delegates still have the option to pull out individual motions at closing plenary.

This is when all the decisions are made. The smaller groups present their suggestions and then the delegates decide on each motion by voting. Just like the opening plenary, the sequence of motions are muddled and shuffled. There’s a lot of arguing, banging and clapping. If motions aren’t heard, they’re tabled to the next national general meeting in June. For context, this meeting lasted from 2 p.m. to 11 p.m. and started two hours late after a fire alarm caused everyone to evacuate.

Over the course of the nine hour closing plenary, I’m blown away by the amount of positive action the delegates end up voting on. There were emergency motions brought forward to assist ongoing efforts by land protectors at Standing Rock, as well as to condemn the transphobic and racist comments made by University of Toronto professor Jordan Peterson. These weren’t motions at the beginning of the weekend, but were printed and voted on as they grew increasingly urgent. It was like most of those optimistic guidance counsellors from high school were being proven right simultaneously. University really is a place to learn and grow, and I was seeing it all unfold in front of me.

Emergency motions aside, of the 14 items I’d categorize as asking for “reform” from the CFS, only three were heard. The rest were tabled to the June national meeting after the agenda was reconstructed to prioritize the aforementioned emergency motions due to time constraints. 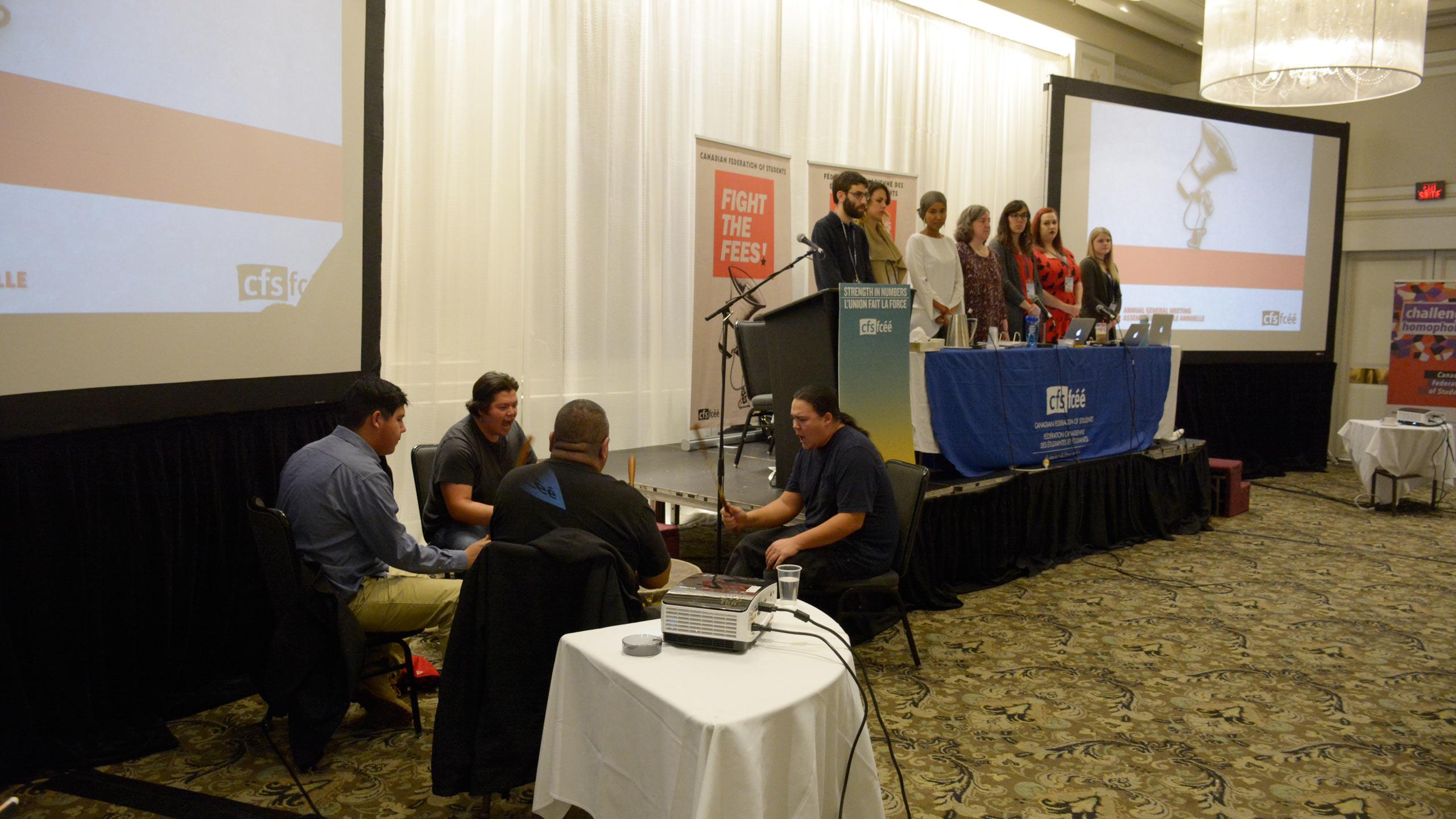 Karam, whose students’ union was involved in a legal battle with the CFS in 2007 after attempting to defederate, was one of the reformers’ more pronounced voices throughout the proceedings. He was adamant about the national executive taking more responsibility for legal matters and more access to financial information and meeting minutes after what he describes as the CFS “victimizing” students at his campus.

I am saddened and discouraged by the divisiveness of what some may call a “student movement” today. I am ready to fight for a change.

One of the main topics of conversation throughout closing plenary surrounded a hidden bank account that the CFS announced they’d found during budget discussions over the weekend. The account—which currently houses a balance of over $600,000—has been open since 2011, but was frozen in 2014*. It was discovered by the executive in 2014, and about $500,000 has been withdrawn from it over the past five years, according to Adam Pawlak, vice-president internal of the University of Manitoba Students’ Union. The national executives cited human resources concerns as the reason for the details of the transactions not being disclosed. Pawlak also noted that delegates discussed the CFS’ $1.1 million deficit from last year and current $700,000 deficit.

A little closer to home, the Continuing Education Students Association of Ryerson (CESAR) submitted six motions in total and four were passed. These motions asked for: the CFS to take a stance of solidarity with land protectors in Standing Rock, the investigation of a customer relationship management system, bulk booking of high-profile speakers, increased coverage for mental health services and additional pro-choice materials and resources. 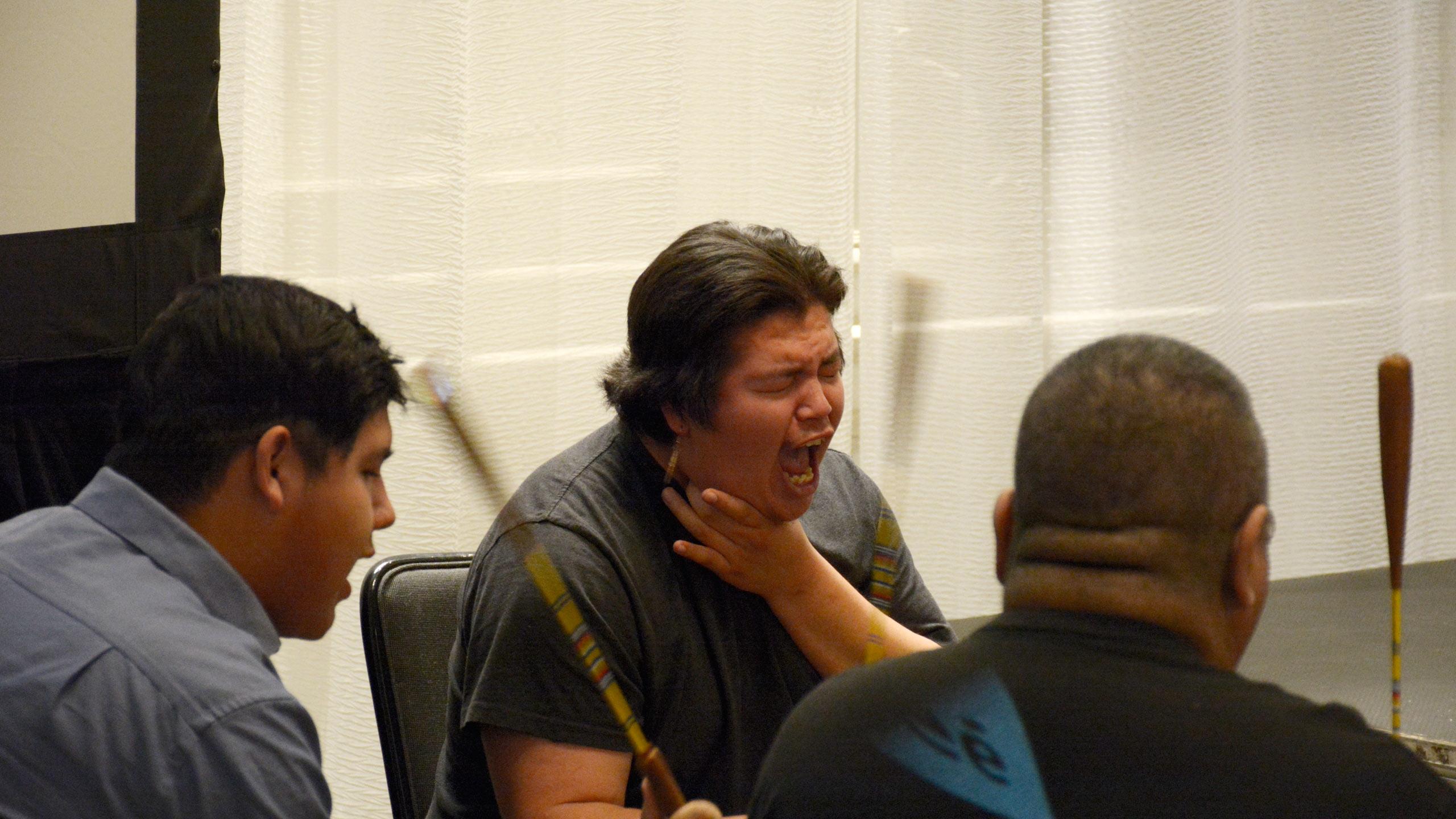 CESAR’s vice-president events, Francis Pineda, felt the meeting was “very productive and focused on important discussions and building our movement.

“We addressed pressing and critical issues such as Muskrat Falls, Standing Rock, Chippewas of the Thames First Nations, pro-choice support, anti-Black racism, mental health, violence against Indigenous women, girls and 2-spirit people,” Pineda said. “This is the work of the student movement and as a local representing students who are impacted by these realities every day, we are proud to be part of it.”

What truly jarred me were the polarized moments. I’ve never seen a group of more motivated, intelligent and dedicated students snap back and forth between inspiring sentiments and childish, catty quips and stabs. Even if they weren’t speaking into the microphones, there were scoffs, head shakes and the word “shame” was yelled. Hell, the meeting began with war waged over the legitimacy of the way the federation utilizes Robert’s Rules of Order. Now rules are great and all, and I don’t know who Robert is, but his rules are law in that room and they were thrown around like knives all weekend.

I’m not an optimist, and nobody really could be after covering this shit as long as I have. But despite the motions left on the table, there were speckles of hope mixed into the ashes of the raging dumpster fire that was a weekend filled with secret bank accounts and relentless bickering. Three individuals told me this was the most intense meeting they’d ever seen.

In the case of the CFS some intensity could mean a little bit of progress.

*This story has been updated to include the fact that the secret bank account was frozen in 2014.