A document obtained by The Eyeopener indicates that a total of $79,996.81 for 6 Fest refunds has been transferred into the personal bank account of Harman Singh, Ryerson Students’ Union (RSU) vice-president student life & events and current RSU presidential candidate.

Refund money for the concert, which took place last October, was not supposed to exceed $50,000, according to the document. But an additional $29,996.81 was transferred into Singh’s bank account, according to an email sent to RSU board members on Jan. 11 by general manager Natasha Campagna, which The Eye obtained. Neal Muthreja, RSU vice-president operations and current presidential candidate, said this transaction, which he co-signed with RSU president Obaid Ullah,* took place on Dec. 16.

This type of money transfer is not prohibited in RSU bylaws.

“At the end of the day, our priority was to make sure students receive their money fast,” Ullah said. “We were trying to find the best solution.”

Singh said the decision was to get students their money as soon as possible. He added that no money has been used for anything other than issuing refunds.

“Sending e-transfers from these accounts made it possible for us to get these done,” he said in an emailed statement.

6 Fest, the RSU-organized concert attended by thousands, showcased artists including Diplo, French Montana, Pusha T, Roy Wood$ and DVSN. The music festival was scheduled for September, then moved to Thanksgiving weekend due to complications with organization. Many students had to return their tickets, as they weren’t able to attend over the holiday weekend.

For several months, the students who were not able to attend have been demanding refunds from the RSU.

Muthreja said he didn’t want to issue refunds through e-transfers because it’s not standard procedure amongst most organizations, but he said Singh told him it would be the fastest option.

“I didn’t want it to come to 2017 and students still [not have] their refunds,” Muthreja said. “At the end of the day, people paid for a service. They didn’t get their service, so they should get a refund right away.”

Vice-president education Victoria Morton said that Ullah and Singh were warned by Campagna that transferring RSU money into personal accounts was not good practice.

“The RSU has not been as transparent and accountable this year as we’re supposed to be,” Morton said. “This whole situation is mostly a case of negligence and carelessness on the part of certain executives.”

“My assumption is that it was a miscalculation or [underestimation] of the amount of refunds, and the amount grew,” he said. “That’s why there’s that discrepancy.” But Singh’s personal bank account is not the only one involved.

Ullah and Ganesh have said that money was allocated into separate accounts because of caps on the amounts of e-transfers certain banks impose on their clients.

Ganesh said the money in his personal account to issue refunds was deposited before he finished his position as events and student life assistant. He is still, however, issuing refunds as a non-employee. He added that he has provided invoices for everything to the finance team, which they approved.

MERCH has previously made transactions with the Ryerson Engineering Student Society (RESS), where Ganesh was vice-president operations in 2015-16. According to RESS president Farhan Riaz, there have been accusations against MERCH of manipulation on grounds of false advertising in business deals with RESS.

Ganesh said he was not aware of the accusations and will look into the serious claim. “I think that’s false,” he said.

No exec could provide comment as to how much of the $80,000 was allocated into each of the personal bank accounts. Ganesh said he cannot comment on how much RSU money is still in his MERCH account.

“Transferring tens of thousands of dollars into anyone’s bank account without having proper documentation—there’s no way to make that not look sketchy,” vice-president equity Tamara Jones said. 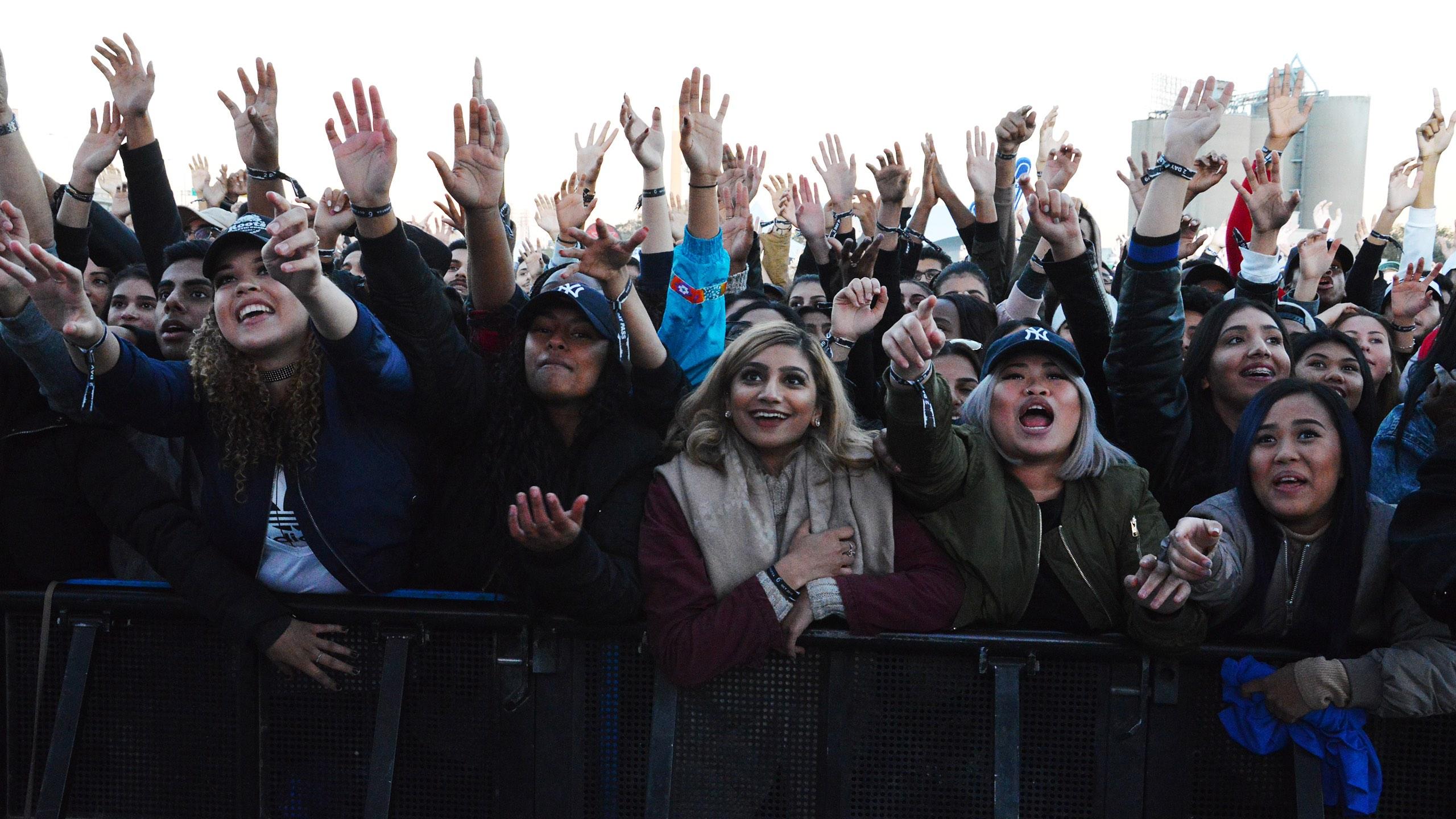 Through the petty cash system, four financial coordinators verify that RSU money going into others’ accounts is used properly. Ullah said the system is used to keep track of invoices that state what has gone into personal accounts and what has gone back out to students. He said this is regular practice for the RSU.

The four coordinators are Ullah, Muthreja, Campagna and Dharshini Jay.

In the email from Jan. 11, Campagna stated that no invoices or records had been provided to account for several of the expenses from 6 Fest. A total of $468,489.56—money used for 6 Fest refunds, artists, audiovisuals and merchandise—was improperly documented for auditing purposes. This would have complicated the RSU’s upcoming financial audit in the spring.

On Jan. 20, however, Ullah said that he, Campagna and Singh had a meeting during which they clarified that Singh provided all of the invoices to the financial team, but lacked proper documentation of where the money went afterwards— a necessity for auditing purposes. The conclusion, according to Morton, was that Singh would provide a sample of proper documents by Jan. 23 to prove the rest of the invoices were coming.

Morton said they have received the necessary financial documentation for artists and t-shirts. Now, executives are waiting on the refund records. Singh said they have been provided and are currently under review.

Ullah said the staff and executives are “now on the same page,” and that most of the disorganization has resulted from tension between executives and staff, “creating a problem that’s not a problem.”

According to Morton, the matter is predominantly a case of negligence of communication. “The many issues this year have come from the fact that there is a complete lack of communication and I think [that] is partly because there has been a ton of negligence from start to [finish] of this whole term.”

6Fest refunds could have taken place through Eventbrite—an online event-planning and ticket-selling platform used by the RSU—within the weeks following the concert.

But, according to Jones, Singh did not begin the refund process until three or four weeks after 6 Fest, which caused Eventbrite to automatically transfer the funds from students back to the RSU.

The executive team posted a statement on Facebook on Nov. 25, apologizing for the delay in refunds, and said they would issue cheques to each student. Forms were sent to students to fill out with legal information because their ticket purchase information included preferred names, rather than legal names.

Jones said she was not aware that the e-transfers were being issued instead of the cheques, and she was not notified about the extra $30,000 or the “random accounts” involved until last week.

“Thirty-thousand dollars is a lot of money. We all should have been there,” Jones said. “They could have set an emergency motion, they could have tried to contact us in any way. It wasn’t right that I didn’t find out about it until January.”

After publication, Jones clarified that she did in fact know about the e-transfers, but didn’t learn about the cheque into Singh’s bank account for $30,000 until she returned from the break.

“To clarify, I found out that they were going to return to their original plan of doing e-transfers instead of cheques prior to Dec. 16,” Jones said. “But I did not know about the cheque for $30,000 being issued to Singh on Dec. 16 until Jan. 10,” Jones said.

Muthreja said his last act as vice-president operations will be to implement a policy that prohibits transferring money into personal bank accounts. Ullah said he sees no problem with the current method.

“We’re not breaking any rules,” he said.

Ganesh, who has worked closely with Singh for about a year, added that Singh only had the best interest of students in mind.

“6 Fest to me was something that put Ryerson on the map,” Ganesh said. “Harman Singh is a fantastic person … his name being thrown around as someone who is irresponsible is extremely unfair.”

As for Morton, she said she believes Singh’s decisions shouldn’t be excused.

“I think Ryerson will always owe [Singh] a level of gratitude for putting us on the map with Drake, but that doesn’t excuse the last few months,” she said. “Since 6 Fest— where he has had every chance to make the right decision—he has chosen not to.”

Ullah said he regrets the delay, but that there’s only a “small amount” left to refund. A total of 1,455 students have been refunded out of approximately 1,800, he added.

“I do want to apologize to [students] that it’s taken so long to get their money back,” he said. “[We] just did our best to make sure that the process is happening as fast as it can and as properly as it can, and in that, I guess we just slowed things down a bit.”

Clarification: a previous version of this story did not specify that Neal Muthreja, RSU vice-president operations, signed off on the e-transfer as well.