Students have made complaints about comments posted on Facebook by a Ryerson engineering sessional lecturer and instructor.

The instructor, Brian Petz, detailed controversial political views on immigration and religious communities in a series of public Facebook comments posted over the past year. 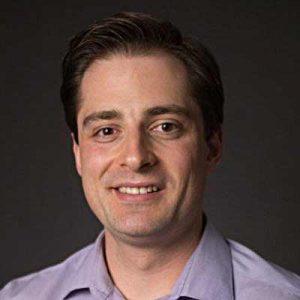 The Eyeopener has confirmed that informal complaints were made to the Ryerson Students’ Union, but was unable to confirm whether those complaints were taken to the university due to confidentiality concerns with the human resources department.

In December 2016, Petz wrote on Facebook, “Giving away money for nothing is exactly what is wrong with our immigration system. We need people to come here who are motivated to succeed, not motivated to receive.”

In another public comment, Petz wrote, “The West has been so successful because of the virtues and values of Christianity. The Left hates Christianity. This is why it supports BOTH Islam and LGBTQ. The ONLY thing they have in common is that they both bother Christians…. LGBTQ not so much anymore. I am not religious, but I see the values in the traditions that the West is founded upon.”

In another public comment from November 2016, Petz wrote that people “coexist peacefully” until they feel their culture and identity is “threatened.” He also wrote that, “importing millions of third world immigrants” into North America “will not end well, just like the attempt to colonize India and Africa didn’t work out. The [I]ndigenous people rejected being supplanted and bred out of existence and you’ll see the same thing here.”

In the same comment, he wrote that “cultural Marxism” and a “false construct of a hierarchy of oppression” makes white people feel “ashamed of their heritage” and “will backfire violently.”

Also in the same public comment thread, Petz wrote that the Holocaust was a “major clash of cultures” that “did not end well for one group, as usual.” “What do you think is going to happen in Europe if the [I]ndigenous people see themselves being displaced and REplaced (sic) by Muslims imported from the ME?” the rest of the comment read.

Petz also made a public comment in October 2016 about former US presidential candidate Hillary Clinton. “She should be hanged by the neck until dead. I really hope if Trump wins, she goes to jail, and dies there. None of this Gerald Ford type amnesty shit,” he wrote.

When asked for comment regarding these public views, Petz replied with an emailed statement.

“As a Ryerson alumni, sessional lecturer of both the Chang School and the Department of Aerospace Engineering, and an active member of Ryerson’s Design Fabrication Zone, it is unfortunate that these alleged comments have been made public,” he wrote. “I welcome the opportunity to discuss further.”

Petz did not respond to further interview requests prior to publication.

The Eye reached out to the faculty and the public affairs department and received the following statement: “The University does not confirm the receipt of any complaints filed against any of our employees. Human Resources matters are addressed as confidential matters.”

Petz was a student at Ryerson from 2004 to 2011. In the 2007-2008 school year, he was the president of the Campus Conservatives, a student group that is an extension of the Ontario Progressive Conservative Campus Association.