A Ryerson alumnus has made his mark in the mythical land of Westeros.

Jeremy Podeswa, a graduate from Ryerson’s film program, directed the season seven finale of Game of Thrones which premiered Sunday night on HBO with a record setting 12.1 million viewers.

Podeswa is a Toronto native who is internationally recognized as a screenwriter, producer and director. He is no stranger to the Game of Thrones series—Podeswa also directed the first episode of season seven “Dragonstone” and multiple episodes in season five and six.

Podeswa graduated from Ryerson in 1984 and then spent a year at the American Film Institute in Los Angeles (known formerly as the Center for Advanced Film Studies). 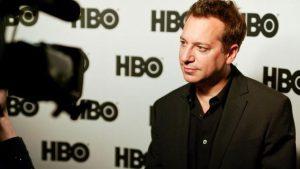 During the 1980s and early 1990s, Podeswa was part of a loose-knit group of Toronto filmmakers who called themselves the Toronto New Wave. They burst into the Canadian movie scene with original films centred on rejecting typical Hollywood dramas.

Podeswa debuted his feature film career with his 1994 Eclipse, followed by The Five Senses in 1999. His most recent film, Fugitive Pieces, was selected to premiere on the opening night at the Toronto International Film Festival in 2007. The Canadian drama film also starred Nina Dobrev, who studied Sociology at Ryerson until 2008.

His work on American Television has earned him multiple Emmy nominations for outstanding directing.

In a recent CBC interview, Podeswa shared how being Canadian has shaped his work. “I feel my Canadian-ness all the time. There’s a slight outsider-ness to the perspective that I bring, I think, which is healthy.”

Thanks to Podeswa, Canadian winter came and brought Ryerson along with it.