Sokolov, a 24-year-old student in the human resources management and organizational behaviour program, was found inside an apartment building* in Scarborough with life-threatening injures at 1:50 p.m. on Sept. 10 before being rushed to hospital. Another 50-year-old woman was found injured at the scene.

The Ted Rogers School of Management’s (TRSM) dean’s office declined to comment to The Eyeopener on the matter, and stated that the office could not comment on individual students.

However Steven Murphy, the dean of TRSM, released an email statement to students in the faculty.

“I am deeply saddened to share news of the recent passing of a fellow student, Julia Sokolov,” Murphy wrote. “Her passing is deeply tragic, and we mourn the loss of one of the members of our TRSM family.” 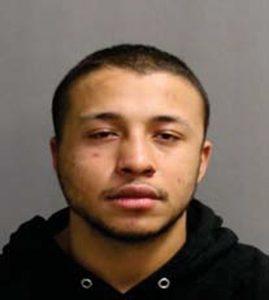 The email also said the university will be offering support to those affected, directing them to The Centre for Student Development and Counselling as well as other third-party counselling organizations.

Michal Nowaczek-Said, 24, has been charged with first-degree murder, one charge of assault bodily harm and five counts of assault against a peace officer.

Correction:  A previous version of this article incorrectly stated that Sokolov was stabbed in her apartment. Police say that the incident happened in “an apartment” and cannot specify further. The Eyeopener regrets this error.